Ireland won 50-17 when the teams last met in the Championship back in October, with Connors and Hugo Keenan impressing on debut that day, and the talented young duo were at it again in Rome.

They scored two of Ireland’s three first-half tries, with Garry Ringrose dotting down the other, although Johan Meyer crossed just before the interval to narrow the deficit to 27-10.

CJ Stander, Connors and then Keith Earls all added to the try tally after the break as Ireland bounced back from narrow defeats to Wales and France in style.

Italy showed flashes of the breath-taking attacking play that shows the upward trajectory they are on – with Paolo Garbisi again pulling the strings from No.10 – but the visitors proved too efficient and clinical on the day. 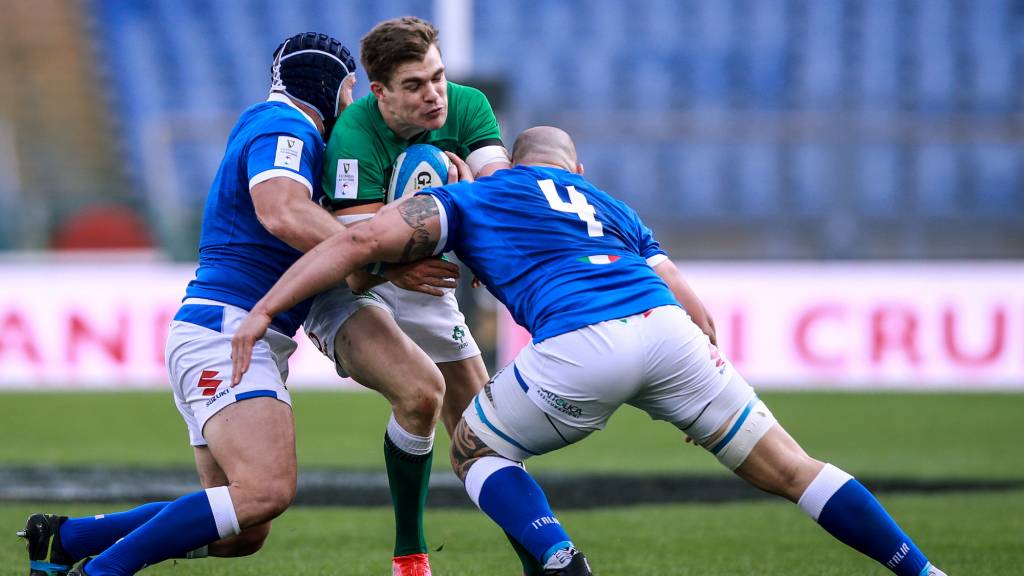 Italy suffered a blow before a ball was kicked as Stephen Varney was injured in the warm-up, meaning Callum Braley was given a late call to start at scrum-half.

But that didn’t stop the Azzurri flying out of the blocks as Garbisi slotted a penalty after some early pressure, although Johnny Sexton responded with a three-pointer of his own shortly after when Luca Bigi was caught offside.

And Ireland built on that as, after Italy successfully turned the ball over on their own line once, they couldn’t stop Ringrose slipping between two tacklers and stretching out for the 11th-minute try.

Sexton’s conversion was good and he made it three from three off the tee when a penalty awarded against Andrea Lovotti for playing the ball on the floor extended the advantage to ten points.

When Italy squandered a golden opportunity in the Irish 22 by conceding a scrum penalty, they were made to pay as the visitors produced a scintillating score at the other end.

They made metres down the right thanks to some quick hands before moving the ball back inside where Sexton slipped a nice pass to Ringrose, who offloaded out of the tackle to the onrushing Keenan, with the full-back motoring clear for the score. 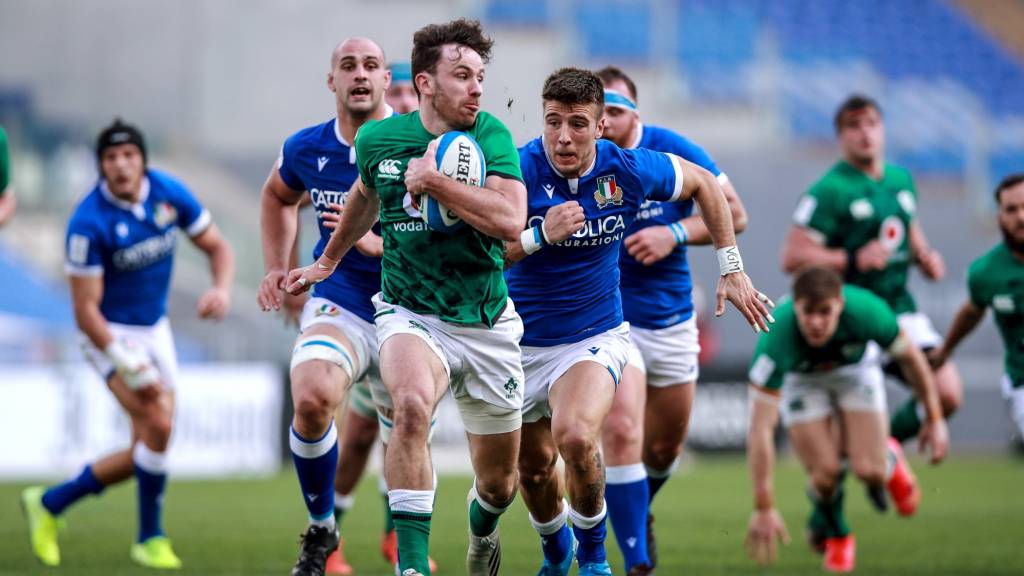 Connors had been a whirling dervish throughout the first half, effecting turnovers, disrupting the breakdown and his performance was rewarded with a try before the break when Jordan Larmour burst into space and shipped the ball to the flanker for a simple run-in out wide.

But to their credit, Italy turned possession into points on the stroke of half-time as the always-impressive Garbisi feinted his way through the line and flicked a pass to Meyer, who was able to surge over the line – narrowing the gap to 27-10.

However, Ireland wrapped up the bonus point early in the second half when sustained pressure in the home 22 saw Tadhg Furlong stopped millimetres short of the line, only for Stander burrow over from close range off the following phase.

While Italy still showed willing in attack, with Meyer’s charge down the right to make 30 metres a particular highlight, they couldn’t convert that into a score and were reduced to 14 men when Giosuè Zilocchi was sin-binned for playing the ball on the floor while defending his own line.

Stander thought he had his second close-range try, only for the TMO to rule the score out for an earlier Ronan Kelleher knock-on, but that was merely a temporary reprieve for the Azzurri as Connors drove over on 66 minutes.

With replacement scrum-half Craig Casey delivering speed of ball and quality of pass on his international debut, Ireland kept the pressure on once Italy were briefly reduced to 13 men as skipper Bigi was yellow-carded.

Only a forward pass in the build-up denied James Lowe a try as he raced clear but a sixth try eventually came when the clock seeped into the red as the ball was spread wide to Earls for a simple dot down.

And that completed an impressive day in Rome for Andy Farrell’s men, who extended their winning run over Italy in the Guinness Six Nations to eight matches.

Ireland’s second try of the day was perhaps their best as quick ball and incisive running lines paid dividends.

The initial break down the right-hand side, with the ball shipped through the hands, made good ground and put Italy on the back foot defensively.

The visitors then switched the point of attack from the subsequent phase as Sexton and Ringrose neatly combined before Keenan had the space and the speed to burst over the line.

Ireland’s pack dominated proceedings with any number of their forwards deserving the nod, including Will Connors, but it was Tadhg Beirne who was named as Guinness Six Nations Player of the Match.

Although he’d be in the second row for Ireland earlier in this Championship, Beirne was moved to No.6 by Andy Farrell for the trip to Rome and was a relentless presence around the park for 80 minutes.

He made 31 metres on just five carries, completed ten tackles without missing any and also won a turnover. But the back-rower additionally did a lot of the dirty work as he hit attacking and defensive rucks with regularity to help provide the quick ball that allowed his side to cross for six tries. 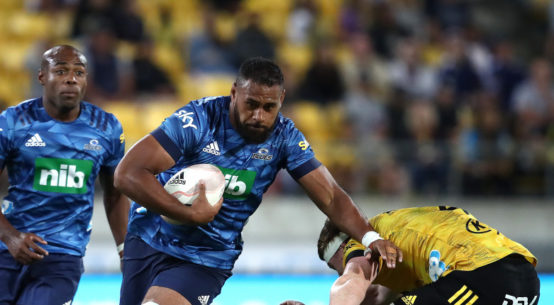