Tries from captain Charles Ollivon and winger Damian Penaud saw France claim their first Guinness Six Nations win in Dublin for ten years in an absorbing battle with Ireland at the Aviva Stadium.

The hosts were in charge for much of the first half but were made to pay for failing to turn their dominance into points.

An Antoine Dupont break helped set up Ollivon to score in the left corner, while Penaud added a second try mid-way through the second half with a diving finish.

A Ronan Kelleher try and Ross Byrne penalty gave Ireland hope of a comeback but France held on, consigning Ireland to defeat and making this the first time in Six Nations history that they have lost their opening two matches.

For France, it’s another massive victory under head coach Fabien Galthie and sees them top the Guinness Six Nations table in the first rest week.

After England’s defeat to Scotland last week, France were installed as title favourites ahead of Round 2.

However, it was Ireland who made the more impressive start and they were unlucky not to score in the first minute at a windy and rain-soaked Aviva Stadium.

Ireland captain Iain Henderson charged down Brice Dulin’s kick in the France 22 and then watched on in frustration as the ball ricocheted left to a surprised Gabin Villiere, who cleared upfield.

Despite 87 per cent of the match taking place in their own half in the first ten minutes, France had the first shot at goal after an Ireland lineout infringement but Matthieu Jalibert tugged it marginally wide.

Ireland kicker Billy Burns – wearing the No.10 jersey in place of the injured Johnny Sexton – matched Jalibert in the 18th minute with a missed penalty of his own but made amends from close range shortly after to put the hosts ahead.

Ireland also had a man advantage mid-way through the half as the TMO caught France lock Bernard Le Roux deliberately tripping a chasing Keith Earls, leaving referee Luke Pearce with little choice but to show a yellow card.

James Lowe almost made France pay immediately, as he ran through Dulin to score a try in the corner after a series of quick passes to the left. But the TMO showed Gael Fickou brilliantly forcing Lowe’s foot into touch.

Ireland then paid the price for not cashing in on their dominance, as France cut loose to score the first try of the match.

Dupont – the architect of so much French brilliance in the last 12 months – made a scything break from midfield, carrying the ball into Ireland’s 22. 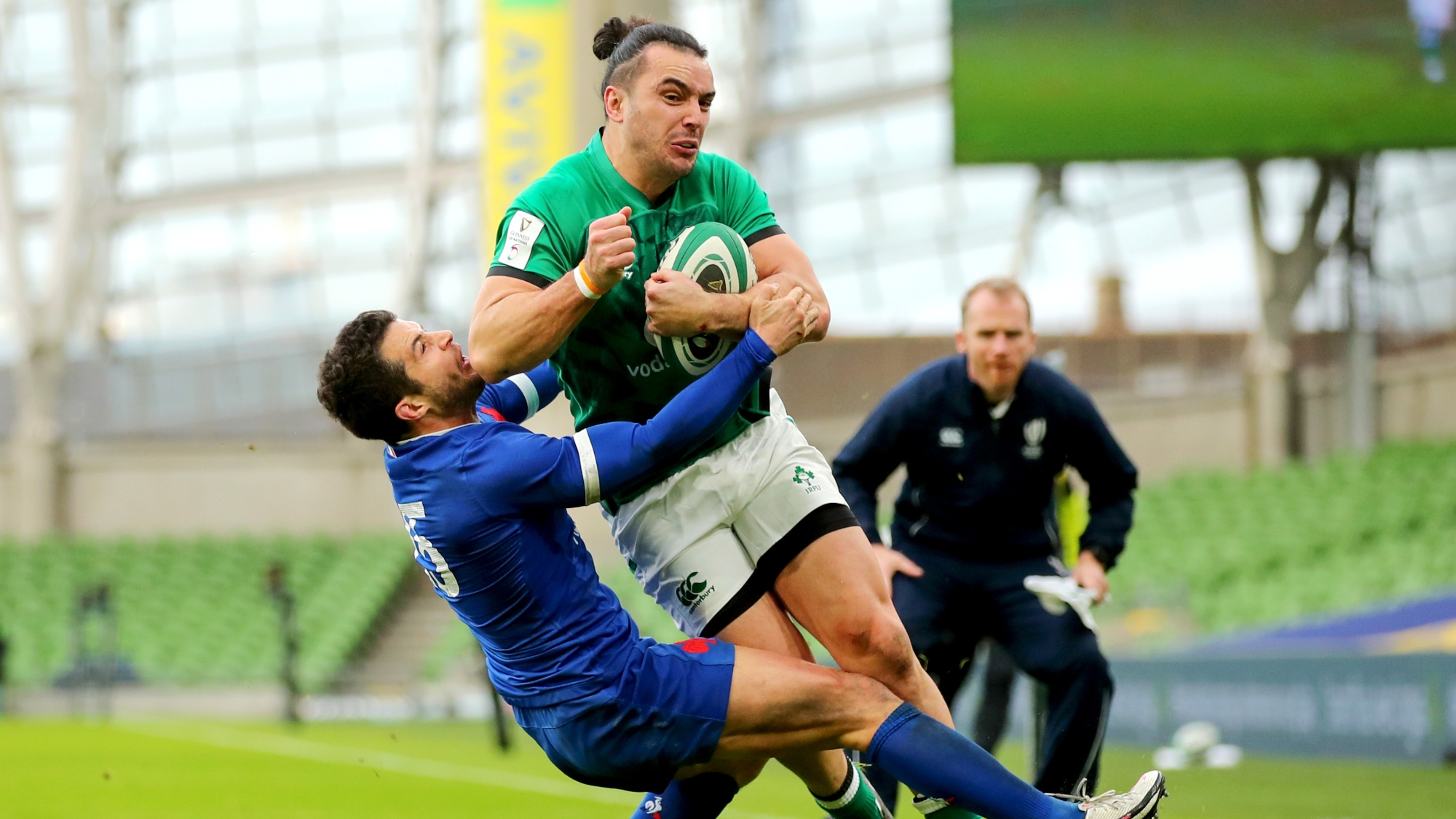 Winger Penaud made further ground before Dupont got it back and passed to Fickou, who exploited the space to the left and passed to Jalibert, who found a wide open Ollivon to score. Jalibert made the conversion and somehow France led 7-3 when Le Roux returned to the field.

Jalibert then extended that by three with his second penalty of the game just before half-time, as France finished the opening 40 on top.

France might have started the first half sluggishly but they were on the front foot immediately after the break and had a golden opportunity to score a second try.

Hooker Julien Marchand found a gap in Ireland’s defence and charged through, working his way to the five-metre line.

With quick ball and players to the left, a try appeared certain but Dupont’s pass hit Paul Willemse in the head and flew through the back of the in-goal area for an Ireland 22 drop-out.

However, France were the next to score, as they took advantage on a promising spell of possession for their second try of the day.

Just inside Ireland’s 22, Dupont passed left to Jalibert but the fly-half switched direction and drifted right before firing out a looping pass to Dulin. The full-back stepped inside Lowe and found Penaud to his right, who dived over in the corner. 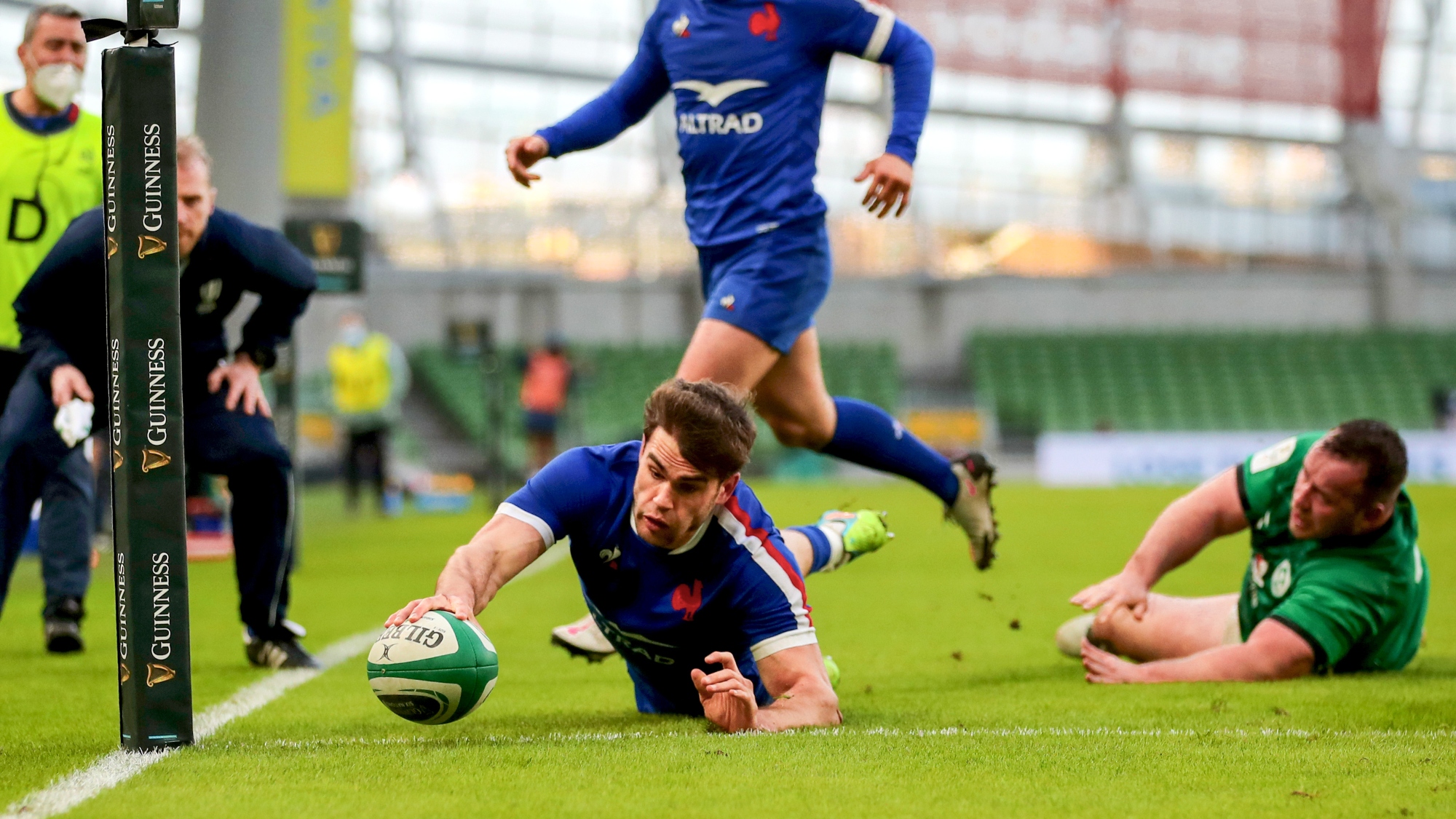 Ireland hit back straight away though. Replacement hooker Kelleher took a lineout at the France 22 and, after an even contest between the jumpers, the ball bounced back kindly to him and he ran clean through down the right for his first Test try.

Replacement fly-half Byrne cut the gap to five points with the conversion, before adding a penalty from 44 metres to make it a two-point game in the 65th minute.

France had a big chance to stretch it back to five but Jalibert was unlucky to see a 51-metre penalty strike the left post.

Ireland huffed and puffed in the final five minutes and started to move down the field in an effort to get drop-goal range. But France turned the ball over on the half-way line to see it out.

You don’t win away to Ireland without a steady hand under the high ball and France’s Brice Dulin was exceptional all afternoon.

The full-back, who was Player of the Tournament in the Autumn Nations Cup, handled everything kicked his way, while he also played a key role in Penaud’s try with a perfect pass to the outside. 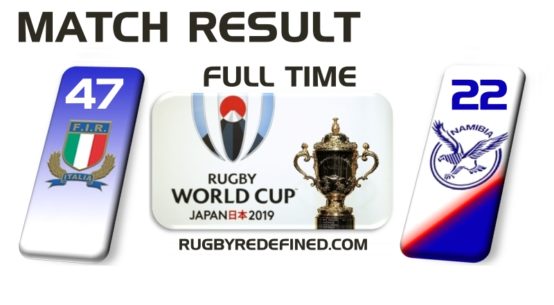