The 20-year-old winger raced onto the end of his own chip to score the winning points just ten minutes from time, breaking Scotland’s hearts and ensuring Wales enter the first rest week with two wins from two.

Scotland appeared destined for victory at half-time, with tries from Darcy Graham and Stuart Hogg helping them to a 17-8 lead.

But Wales – who scored one first-half try through Rees-Zammit – rallied after the break as Liam Williams scored to cut the gap to two points before Scotland prop Zander Fagerson was sent off for making contact with Wyn Jones’ head at a ruck.

Wyn Jones then scored Wales’ third try to put them ahead but Scotland responded, with Hogg’s second of the day regaining the lead. 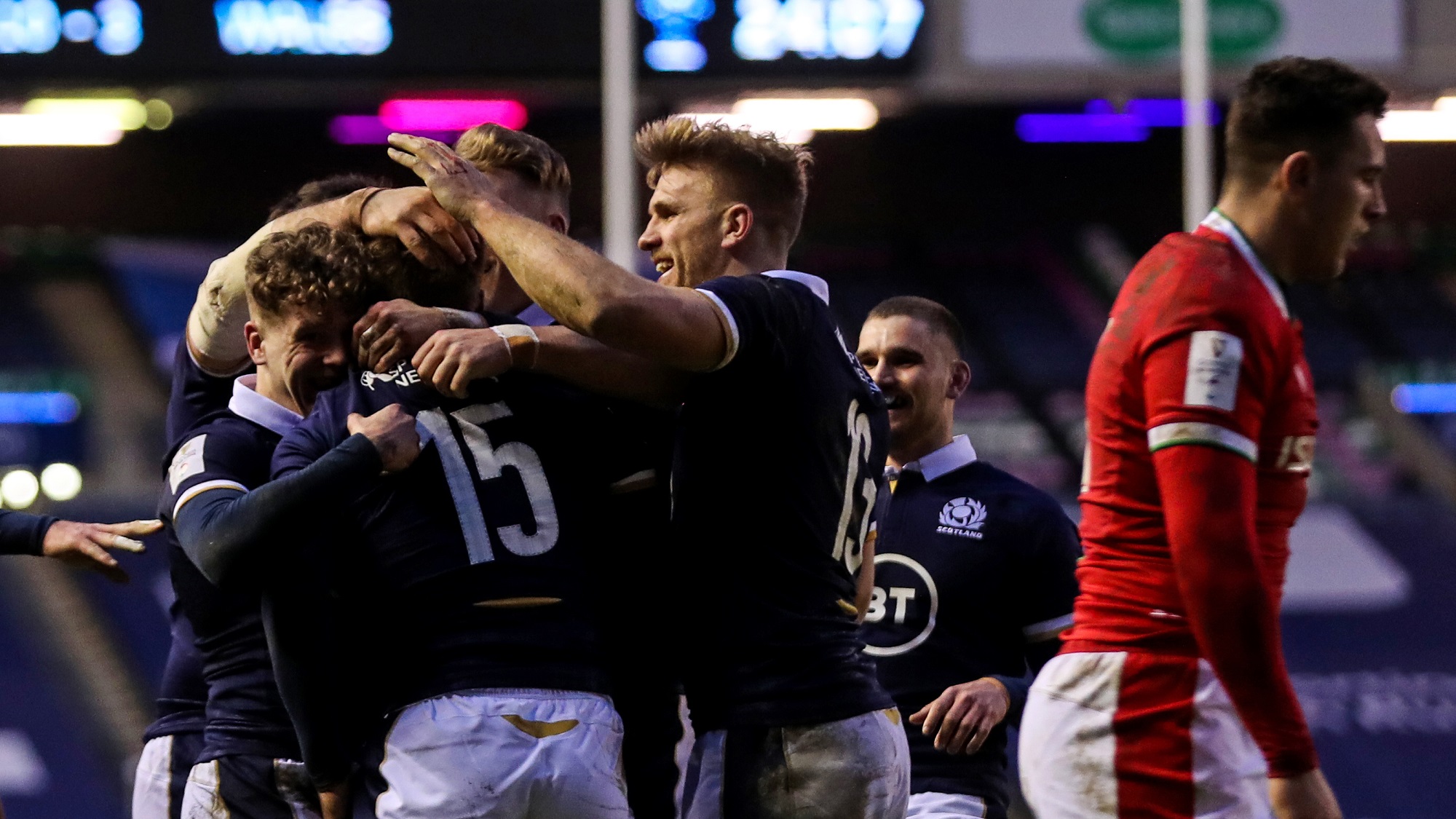 However, Rees-Zammit had the last word as he sprinted down the right-hand side, chipped ahead and then beat Hogg to the ball for his fourth international try.

The result ended Scotland’s four-game winning run in the Guinness Six Nations, while Wales can now look ahead to a mouth-watering Round 3 match with England.

Wales may have appeared disjointed and slightly tentative in their victory against Ireland last week but BT Murrayfield has been like a second home of late, with the visitors winning five of their previous six visits.

And Scotland, who gave away just six penalties against England a week ago, coughed up three in the opening five minutes, allowing Leigh Halfpenny to score the game’s first points from the tee.

Finn Russell levelled with a penalty of his own following an Alun Wyn Jones infringement and Scotland struck for their first try of the day in the 17th minute, largely thanks to the vision and creativity of Ali Price.

On the edge of the Wales 22, the scrum-half deftly chipped over the visitors’ defence, where it landed perfectly for winger Graham to stroll in and score. 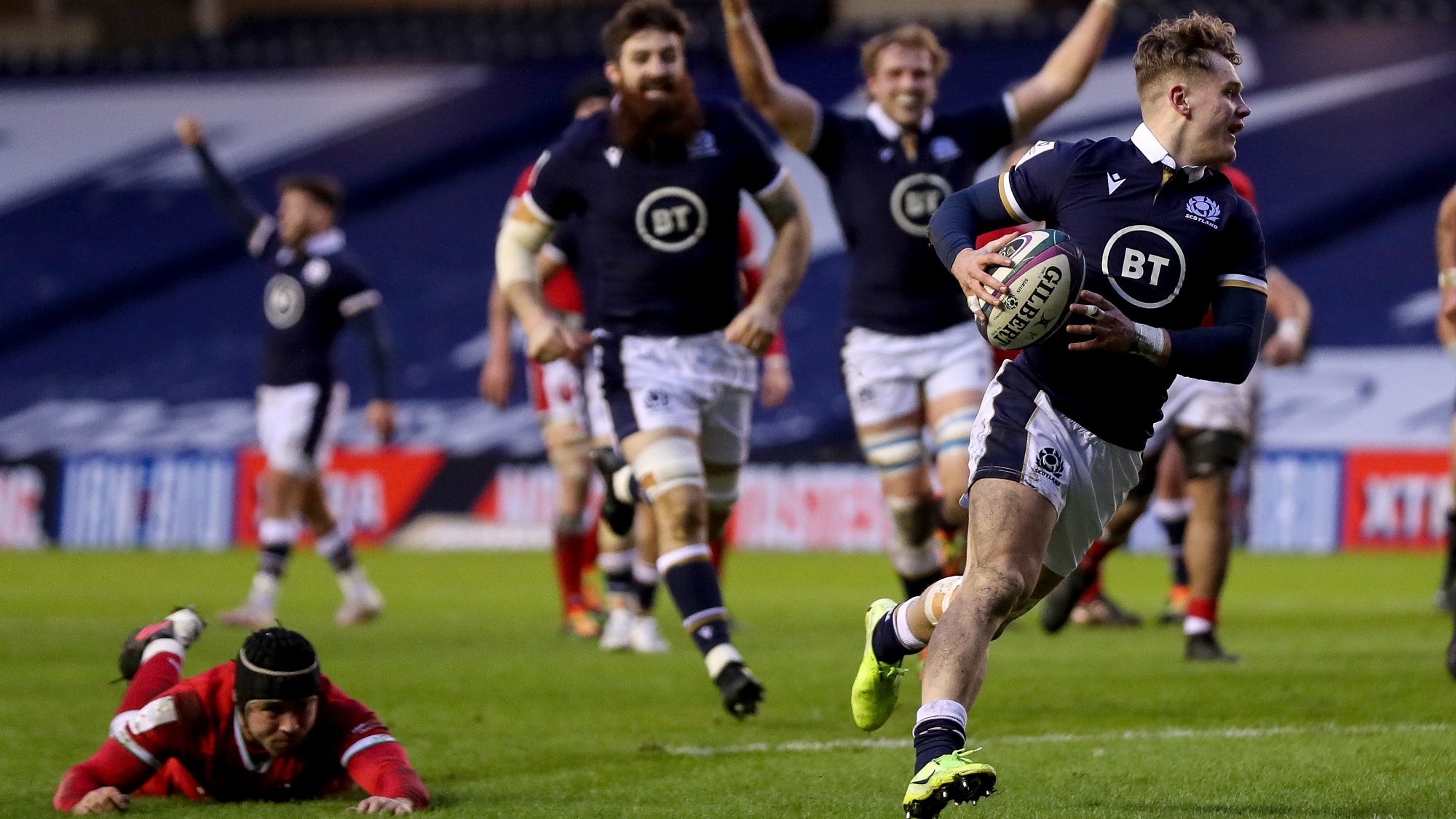 With momentum on their side, Scotland passed the ball confidently and kicked accurately, probing and poking Wales’ defence, which gave way again for a second time seven minutes later.

Following a scrum inside Wales’ half, Scotland quickly moved the ball to the right and Hogg kicked through a delicate grubber.

The covering Halfpenny made a mess of it and the ball spilled at the feet of Hogg, who picked it up and dotted down his 21st Test try.

Rees-Zammit reduced the gap to 17-8 just before half-time with his second try of the Championship, finishing well in the corner following a flat Nick Tompkins pass. 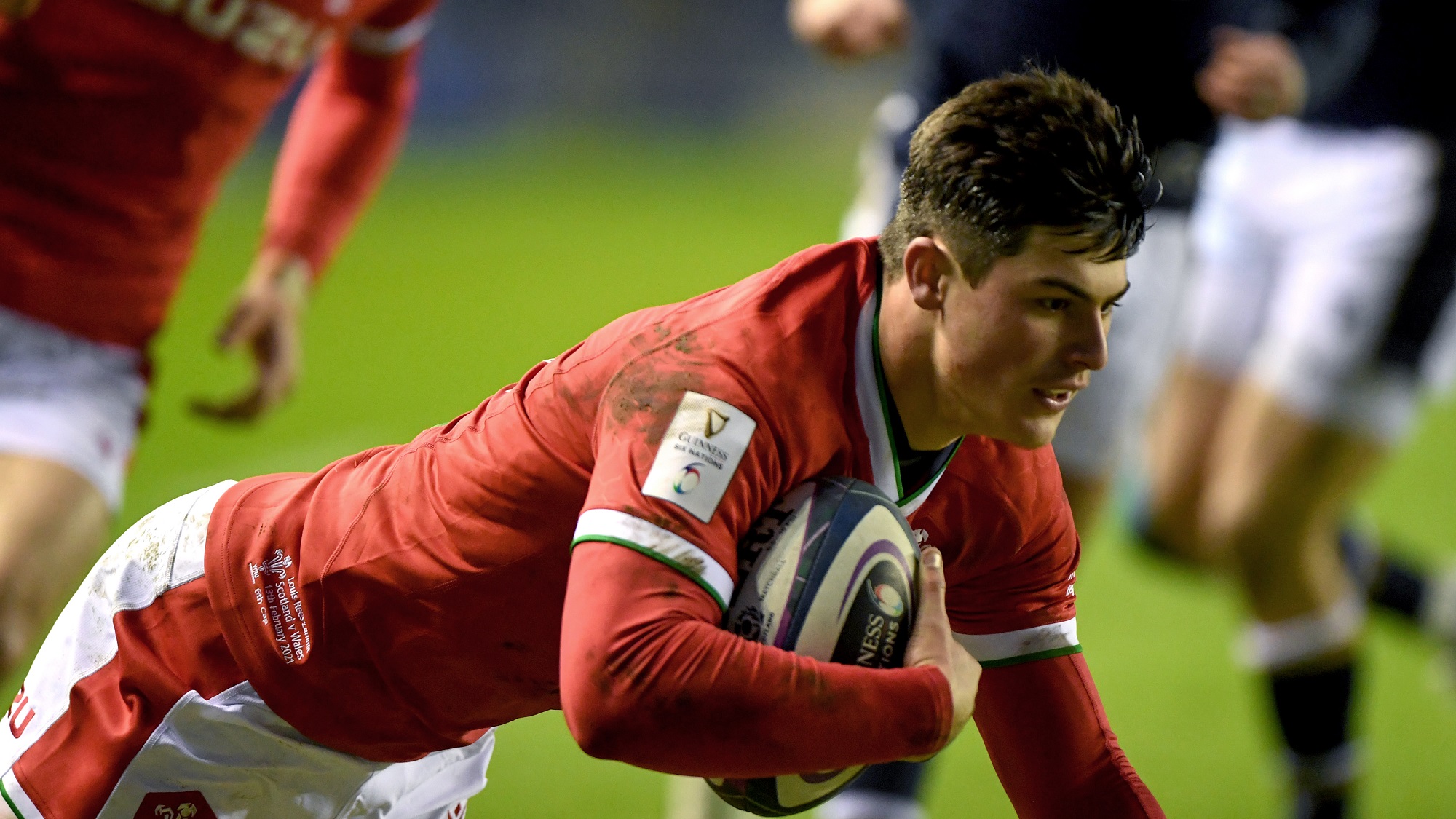 That try helped Wales gain a foothold in the game and they won another key battle at the beginning of the second half by surviving a Scotland onslaught on their own try-line.

Scotland’s forwards hammered at the door for four minutes but eventually conceded a penalty just one metre out.

Wales made them pay, as some loose Scottish defence, along with some quick hands from Rees-Zammit, released Liam Williams to score his 15th Test try. 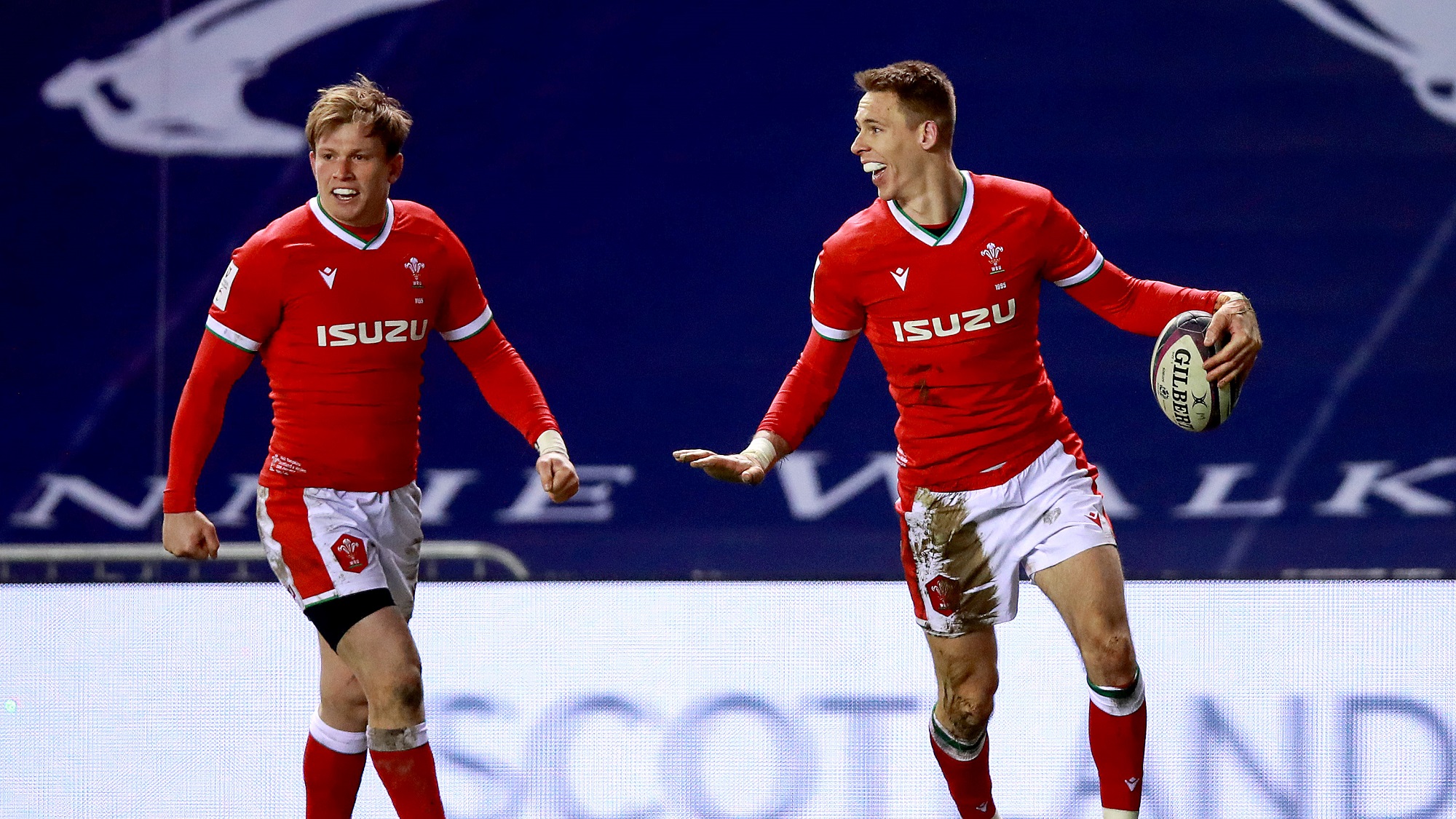 Sheedy’s conversion cut the gap to two points and the momentum shifted even further away from Scotland minutes later, when Fagerson was shown red.

The TMO caught the prop making contact with Wyn Jones’ head at the ruck, leaving referee Matthew Carley with the difficult decision to send him off.

Wales took advantage immediately and it was Wyn Jones – the man hit by Fagerson – who barged his way over from close range to put the visitors ahead.

Scotland, down by three, responded brilliantly. A penalty allowed them to kick for the corner and, after a series of scrums, they moved it right, where Hogg stepped inside one tackle and pushed through to score his second of the day.

But Wales were far from done. Knowing there was space out wide, they moved the ball quickly and in the 70th minute Rees-Zammit conjured up some magic, by bursting down the right, chipping over Hogg and dotting down the bouncing ball for his second.

Sheedy missed the conversion but Wales saw the game out, with Liam Williams making a crucial tap tackle on Duhan van der Merwe to prevent a Scotland try in the last minute.

There’s only one winner here. Louis Rees-Zammit burst onto the international stage at BT Murrayfield with a brilliant individual display.

The 20-year-old scored two excellent tries, taking his Championship tally to three, and will be splashed across the back pages on Sunday. 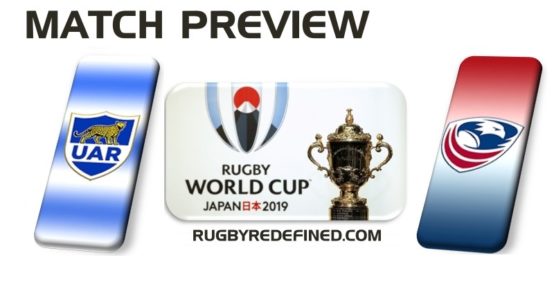