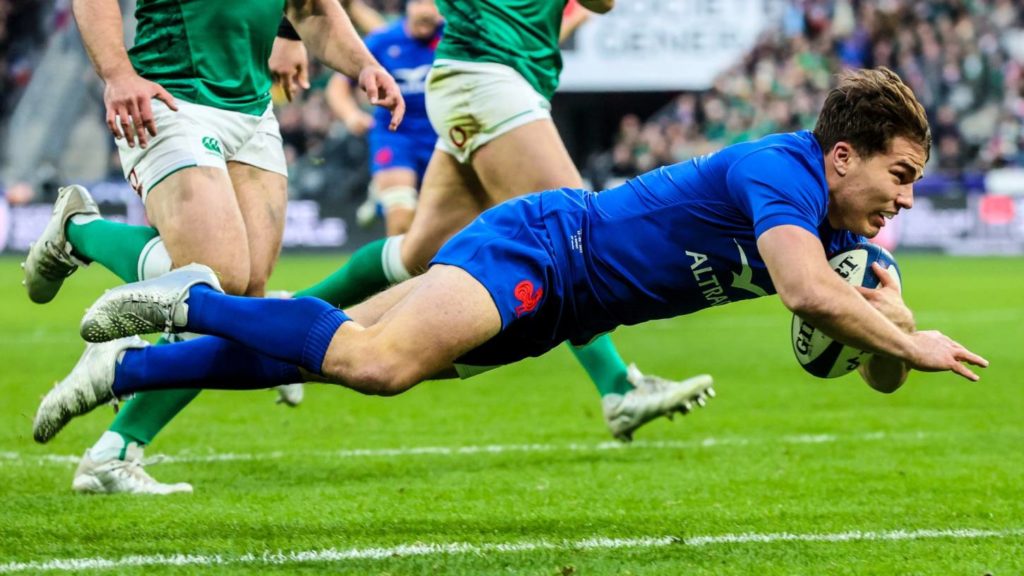 A heavyweight clash billed as potentially decisive in the race for the title lived up to every bit of the hype as momentum swung back and forth at a remarkable rate at the Stade de France.

It took Dupont just 67 seconds to score the quickest try that Ireland have ever conceded in a Guinness Six Nations match, yet after a first Jaminet penalty, the visitors delivered a bolt from the blue as Mack Hansen scored almost directly from kick-off to leave the score at 10-7 after just seven minutes.

From there, the metronomic Jaminet took over and steadily built the lead to 22-7 early in the second half before a scintillating five-minute salvo from Josh van der Flier and Jamison Gibson-Park suddenly had Ireland just a point behind.

Cyril Baille’s score steadied Les Bleus nerves but the game came down to the final play, where the hosts held firm to ensure their visitors’ nine-match winning streak came to an end as they return to Ireland with just a losing bonus point.

France will be the only team with two victories at the end of Round 2 and while plenty of tests lie ahead, the possibility of a first Championship title, and Grand Slam, since 2010 is coming into sharp focus for Fabien Galthié’s men.

Ireland had won in Paris just twice since 2000 – Johnny Sexton’s dramatic drop goal in 2018 and Brian O’Driscoll’s final Test in 2014 – and although they seemed capable of adding to those iconic moments, ultimately Les Bleus’ proud home record remained intact.

With so much at stake, a cagey opening to proceedings may have been expected but instead, a rip-roaring start saw France leading 10-7 after seven minutes.

In fact, it took just 67 seconds for the opening try to come as Les Bleus’ superstar half-back pairing combined.

Neither Dupont nor Romain Ntamack were at their brilliant best in the Round 1 victory over Italy, perhaps slowed having had their preparations disrupted by Covid, but with another week of training back in their legs, they immediately resembled their game-changing selves once more.

From quick lineout ball, the patented French offloading game came into full effect before Uini Atonio – less heralded with ball in hand than his fellow prop Baille – carried hard over the gainline. Dupont fed Ntamack, who produced a great show and go to make a half-break before passing back inside to his scrum-half for the run-in.

After Jaminet converted the simple extras, he promptly added a penalty a few minutes later but Ireland would land their shocking opening blow in response.

Directly from the kick-off, Hansen – Guinness Six Nations Player of the Match on debut against Wales in Round 1 – capitalised on indecision between Jaminet and Damian Penaud to leap above the full-back, cleanly claim the ball and run in for a scarcely-believable try in the corner.

Joey Carbery expertly slotted the conversion but if France were stunned, they soon settled back into their rhythm and controlled territory before a 16th-minute Jaminet penalty extended their advantage to 13-7.

Perhaps unsurprisingly, the match calmed down following the breathless start although moments of Dupont magic still peppered proceedings as a half-step to his right and gorgeous, floated, 20-yard pass out to Penaud helped them surge into the Ireland 22 at one stage.

Ireland themselves were probing without any end product and Jaminet was able to add two further penalties in the final five minutes of the half to send the hosts into the break 19-7 ahead.

The lead stretched beyond two scores on 43 minutes when Andrew Conway was caught offside and Jaminet stayed perfect from the tee, with a 22-7 advantage seeing France in complete control.

But a scintillating five-minute salvo from the visitors brought them right back into the contest as Les Bleus were caught cold.

Firstly, they bravely booted a kickable penalty to the corner and were immediately rewarded for their attacking intent.

With the lineout maul trundling forward, Van der Flier broke free from the spinning group of bodies to sneak over for the try.

Ireland immediately regained possession from kick-off, Hugo Keenan glided through the defensive line to give them field position and a ruck penalty enabled them to go to the corner once more.

Ruck after ruck then scattered the France defence and Gibson-Park ghosted through a gap left by Paul Willemse to dot down. Carbery was perfect with both conversions to narrow the gap to 22-21. 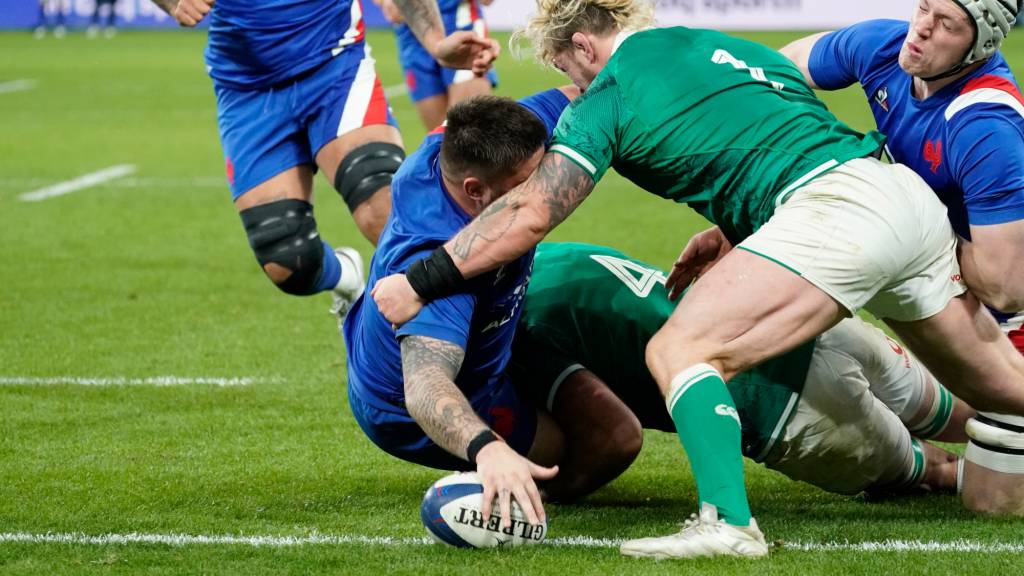 Les Bleus looked in danger of letting the game get away from them but hit back on 54 minutes to establish a more comfortable advantage once again.

Atonio picked up a loose ball that had spilled out the side of an Ireland ruck and steamed towards the line before quick ball from Dupont enabled another front-rower, Baille, to power over from five metres out with a brilliant finish.

Jaminet finally erred from the kicking tee as his conversion attempt sailed wide to leave the game finely poised at 27-21 heading into the final quarter.

Kicking became the order of the day, as Dupont and Ntamack tried to control territory, Tadhg Beirne was the unlikely man who successfully pulled off a 50-22 and then, with six minutes left, Carbery set up a grandstand finale as he slotted a penalty to narrow the gap to 27-24.

France thought they had sealed the game on 77 minutes when Jaminet surged over the line, only for the TMO to determine that Dan Sheehan brilliantly held him up over the line, with the full-back settling for the penalty right in front of the posts instead.

Ireland had once last opportunity to overturn the 30-24 deficit but Shaun Edwards’ defence held firm and booted the ball into the stands to celebrate a remarkable victory.

France No.8 Grégory Alldritt was named Guinness Six Nations Player of the Match after an typically tireless all-round performance at the Stade de France.

He was a key ball-carrier, making 57 metres on eight carries and hit breakdown after breakdown as France went toe-to-toe with Ireland up front. 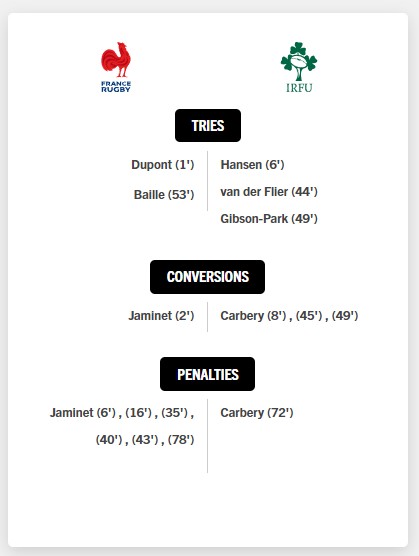 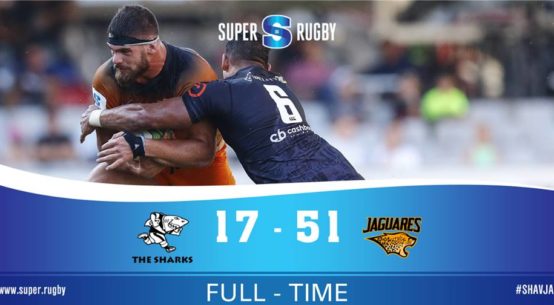 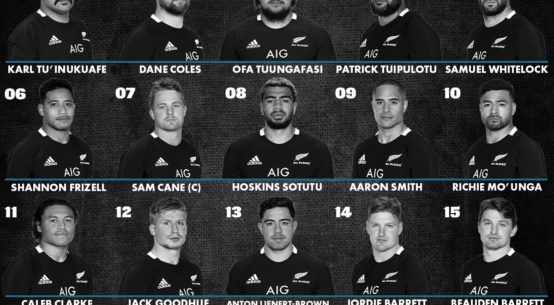