Jamie George grabbed two tries as England bounced back from their opening day defeat in Scotland to see off Italy 33-0 at the Stadio Olimpico.

George’s double followed Marcus Smith’s opener, while Elliot Daly added the bonus-point score early in the second half. Kyle Sinckler added a fifth late on as England boosted their points difference in a bid to get back into Championship contention.

Italy Under-20s had made history on Friday night with a first-ever win over England at that level but very soon it became clear that there would be no repeat in Rome.

An early Italian rolling maul was stopped in its tracks to secure a turnover and on ten minutes England struck for the first time. It came from some delightful flat passing on the gain line, allowing England’s forwards to punch holes. That eventually opened up space out wide, and Smith floated a pass out to Max Malins who got outside the defence before feeding back to his fly-half for a second try in as many games. 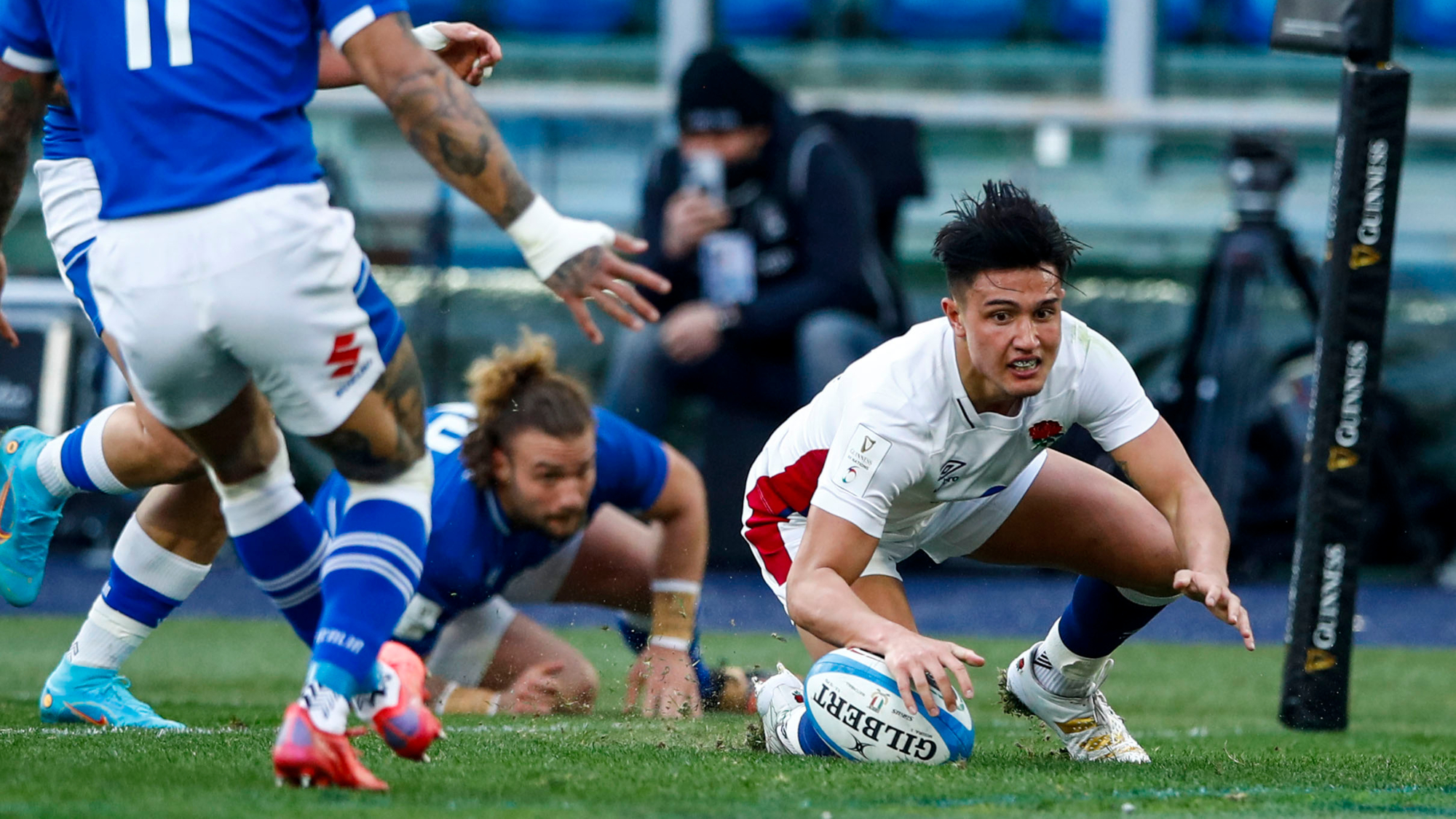 He converted from out wide and England led 7-0.

Italy threatened an immediate reply, Paolo Garbisi’s chip over the top collected by Marco Zanon who then found Braam Steyn, but the back-rower was hauled down in the 22 and the attack came to nothing.

Instead it was England who struck again on 20 minutes. After a lineout drive, the impressive Harry Randall darted through a gap before finding Malins. Quick ball kept Italy on the back foot and in the end it was George who crashed over from close range.

A third try from Maro Itoje was then disallowed, Nick Isiekwe pinged for obstruction by the TMO in a rolling maul.

But England had time to get over once more before the break. Freddie Steward made ground initially on the left and when the ball was spread wide, the front row showed off their skills with a beautiful skip pass from Ellis Genge finding George, who got around the last man and reached over to score. With Smith’s conversion, England were 21-0 to the good.

WRAPPING UP THE BONUS

Italy’s indiscipline was hurting them, and a scrum penalty to start the second half was exactly what Crowley will have been hoping to avoid.

England’s first attack did not come to fruition, but on 44 minutes they had their bonus-point score, Smith with a bullet pass out to Daly, who took advantage of Federico Mori stepping in too far to scoot over.

Having been on the back foot for so much of the game, Italy then enjoyed an extended period of possession in England’s 22 after a brilliant break from Monty Ioane. One opportunity came and went when Garbisi’s chip into the in-goal area evaded everyone. That came with penalty advantage, but Alex Dombrandt’s turnover then allowed England to clear. Soon after it was Ioane who was almost over on the left, with England’s scramble defence just denying him.

With 15 minutes gone in the half, Randall departed after an impressive showing, replaced by Ben Youngs, who equalled Jason Leonard’s 114 England caps.

But it was Italy who had much more of the territory after the break, with England having to be ruthless in their own 22 to hold out their hosts.

Instead, a knock-on under a high ball from Alessandro Fusco gave England back possession with Sinckler the beneficiary. A final try for Henry Slade was ruled out for a knock-on, but England will take plenty of confidence from this ahead of their home clash with Wales in Round 3.

Marcus Smith got the ball rolling with the opening try, and his bullet pass to Daly set up England’s bonus-point score. In between, his hitch-kicks and deft distribution kept England’s attack flowing on his way to a Guinness Six Nations Player of the Match award. He even finished the game playing alongside George Ford, with England using twin playmakers in the final minutes. 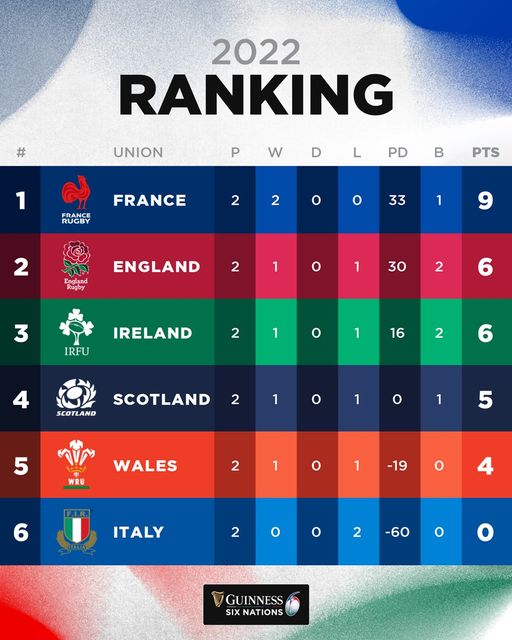