Wales secured a 22-20 victory over South Africa in their international game played at Robert F Kennedy Stadium in Washington on Saturday.

For South Africa their tries were claimed Travis Ismaiel and Makazole Mapimpi but they will be disappointed to come away with the defeat.

Robert du Preez had looked to have secured victory with a penalty but he was then charged down shortly after as Elias made it Wales’ day.

Conditions didn’t help the contest from an entertainment point of view but still the Welsh managed to cross the line twice in the first-half.

A sluggish game was scoreless until the 19th minute after Gareth Anscombe’s early miss was capitalised on by Elton Jantjies, making it 3-0.

Things would get worse before they got better for Wales too when Steff Evans was helped from the action with a knee injury, Hadleigh Parkes coming on in his place. Two minutes later Parkes was involved in helping set up full-back Amos’ try before Anscombe made it 7-3.

That try boosted Welsh confidence and when scrum-half Williams sniped from the base of a ruck before spinning over, they held a 14-3 buffer at Robert F Kennedy Stadium. South Africa attempted to respond but were short on ideas as no further scores were added before the break.

South Africa needed the first score of the second period and duly received it on a silver platter when Amos’ loose pass under pressure was collected by Ismaiel who had an easy run to the try-line. Jantjies added the simple conversion as the gap was cut to four points at 14-10.

Rassie Erasmus would however have been frustrated by how his side coughed up three points immediately after that try when Oupa Mohoje was penalised for sealing off at a ruck. Anscombe was the man making no mistake on his right side as the Welsh moved into a handy 17-10 lead.

Wales should have further extended that margin shortly after when Ross Moriarty’s line bust wasn’t capitalised on, despite a huge overlap. Compounding that missed opportunity was an Anscombe penalty miss from long-range, giving the Springboks another reprieve they would grasp.

In fact South Africa would receive a double boost soon after as Wales inside centre Owen Watkin’s yellow card for deliberately slapping the ball dead in-goal was followed up by Mapimpi diving over on the left wing. With Jantjies’ touchline conversion the scores were levelled.

South Africa then came agonisingly close to taking the lead on 67 minutes, as Ismaiel was denied in the corner by a brilliant, last-ditch Cory Hill tackle.

However, they’d take the lead six minutes from time as a scrum offence allowed replacement fly-half Du Preez to make it 20-17 to the Boks.

Du Preez though had a nightmare minute shortly after as back-to-back charged down kicks resulted in Elias dotting down as Wales won 22-20, giving them a boost as they now head to Argentina. 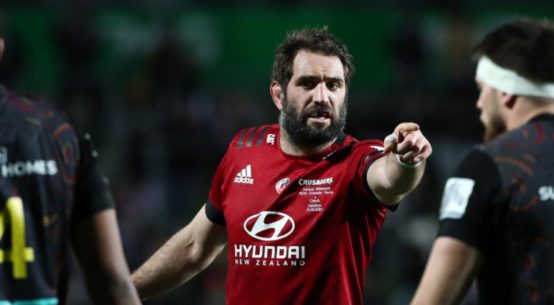