RWC 2019 is the ninth edition of the Rugby World Cup. Of the prior eight New Zealand have three titles and South Africa two. Their match this Sunday in Yokohama thereby sees the teams to have won five out of eight RWCs squaring-off on the opening weekend of the competition.

The two-time defending RWC champions, New Zealand have named a side with some notable calls. At fly half Richie Mo’unga will start which sees regular no 10, Beauden Barrett named at fullback and Ben Smith thereby on the bench.

Mo’unga will be partnered in the halves by Aaron Smith while he will play inside Ryan Crotty with Sonny Bill Williams on the bench. Anton Lienert-Brown will join Crotty in forming the starting mid-field combination. Out wide the Crusaders wingers George Bridge and Seve Reece have been named to start together.

The forwards have a rock-solid front-row with Joe Moody and Nepo Laulala named as the props to join hooker Dane Coles. They will not be joined by Brodie Retallick who is on the RWC roster despite not being fit to play in the pool stage. In his place Sam Whitlock will be joined by Scott Barrett.

Completing the starting formation will be Ardie Savea, Sam Cane, and captain Kieran Read in the back-row. Covering from the bench will be Shannon Frizell. The Tongan u20 flanker was a late call-up to the roster based on injury.

Two weeks after winning 41-7 against Japan in a warm-up match Head Coach Rassie Erasmus has repeated the same team for the Springboks’ RWC 2019 opening fixture.

Siya Kolisi will captain the team from flanker. In doing so he will become the first black player to lead South Africa in a Rugby World Cup. He is to be joined by Pieter-Steph du Toit, and Duane Vermeulen in a formidable back-row.

The remaining starting forwards are to be Steven Kitshoff, Malcolm Marx, and Frans Malherbe up frontd with Eben Etzebeth, and Franco Mostert locking the scrum.

In the backs AJ MacGinty’s halves partner from the Sale Sharks, Faf de Klerk will start at scrum half. He will be joined by Handre Pollard to form the 9-10 combination. Damian de Allende, and Lukhanyo Am will be the starting mid-fielders with the back-three to consist of Makazole Mapimpi, Cheslin Kolbe, and Willie le Roux.

There have been 98 prior test matches between New Zealand and South Africa. As impressive as this number is it would have been even bigger had international competition not have been suspended against South Africa from the 1980s to 1992.

Of the previous matches the Springboks have won on 38 occasions; New Zealand have won 58 games; and there have been 4 drawn matches. The most recent result was a draw earlier this year in Wellington, New Zealand.

Results from international competition thus far in 2019 suggests that South Africa are better positioned than New Zealand. However, when looking closely at selections for matches it is evident that the All Blacks were very experimental in their matches. While a close game is expected in Yokohama it is New Zealand who are favorites to win by 9 points. 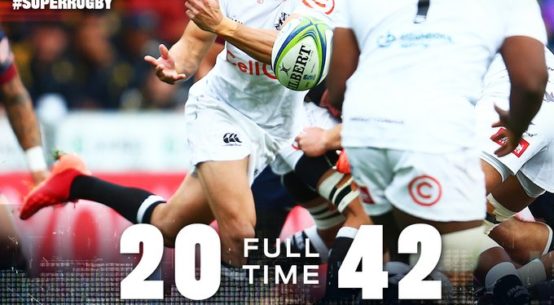