SANZAAR has announced the referee team that will officiate the 2018 Investec Super Rugby season.

With the Super Rugby tournament format reducing to 120 regular season matches this season the referee team has been reduced from 19 to 17 referees. The team contains a balance of seasoned international referees, several referees who now have a couple of years of Super Rugby behind them and one newcomer, with AJ Jacobs from South Africa making his Super Rugby debut this season.

“Along with a new Super Rugby format we will have a refocused referee team that has been through an extensive training camp over the summer in preparation for the 2018 season”, said SANZAAR CEO Andy Marinos.

“I have challenged the team to further raise the quality of performance and play a role, within the confines of the laws, in ensuring that our matches are exciting and entertaining from start to finish,” added Marinos.

“The team is a well balanced mix of referees with Test and Super Rugby experience and several emerging referees who now have one or two seasons under their belt. The experience in the team comes from Jaco Peyper and Glen Jackson, who have refereed 82 and 65 matches respectively, while we also have a group around the 40-50 mark including Angus Gardner, Nick Briant and Mike Fraser,” said SANZAAR Game Manager, Lyndon Bray.

“At the conclusion of the 2017 season SANZAAR conducted a survey of the Super Rugby team coaches and the feedback helped determine the focus for our annual referee camp which is always held prior to the start of each season.”

“The primary focus of the camp in Cape Town, South Africa was how our referee team ‘connects to the game’ and ‘builds strong working relationships’. The overall objective being to ensure the referees continue to build on their progress as Super Rugby and Test referees.”

“It was fantastic that 10 of our Super Rugby referees were able to experience Test rugby in Europe during November, and that Glen Jackson, Jaco Peyper, Ben O’Keeffe and Angus Gardner are scheduled to handle 6 Nations games early in 2018,” added Bray. 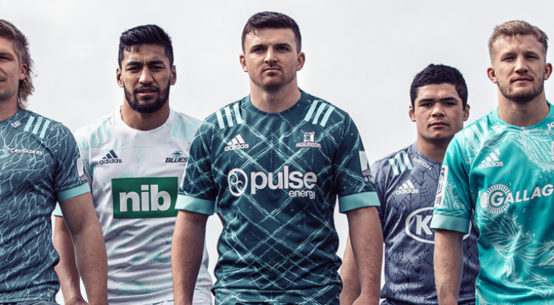