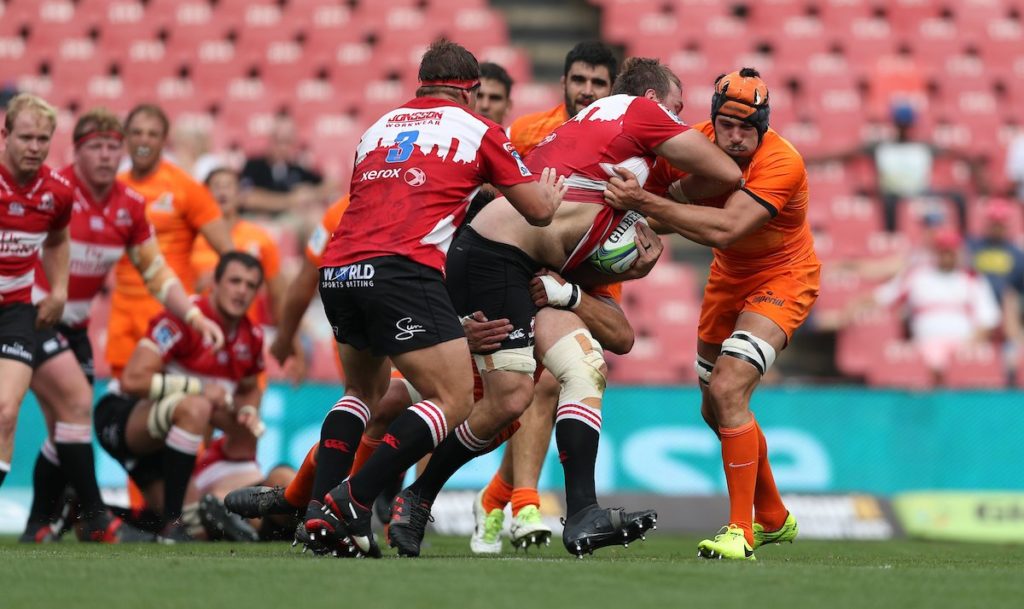 The Lions outshone the Jaguares at Emirates Airline Park in Saturday’s Super Rugby clash, running in seven tries in a solid 47-27 victory.

The Jaguares started the game in fine form, scoring the opening 10 points and defending well. However, their discipline eventually let them down and the Lions ran riot towards the end of the first half, taking a 19-10 lead into the break.

The second half was mostly one-way traffic, and despite a late fightback from the visitors, the South Africans comfortably held on for the win.

The Lions had been heavily fancied to dominate on their home turf, but they got off to the worst possible start. A quick passing move from the Jaguares ended with Emiliano Boffelli scoring the game’s first try on the left in the third minute.

The hosts toiled for a response, but found themselves even further behind in the 18th minute. The Jaguares won a penalty near the halfway line and Boffelli stepped up to the tee, thumping it over the posts.

In the 27th minute, the Lions were finally rewarded for their persistence on attack. After they worked the ball out to the left, Aphiwe Dyantyi finished in style to score their first try, stepping inside one defender and handing off another.

The Jaguares shot themselves in the foot shortly afterwards, when Bautista Delguy picked up a 33rd minute yellow card for a deliberate knock down, for which Jaco Peyper awarded the Lions a penalty try.

Andries Coetzee gave the Lions some breathing space on the stroke of half-time. Lionel Mapoe fed him on the right and he finished off the Lions’ third try.

The hosts picked up where they left off after the break. They moved the ball wide following a scrum and Sylvian Mahuza sprinted through on the right, evading Delguy’s attempted tackle and going all the way to the try line in the 47th minute.

Nicolás Sánchez reduced the deficit with a penalty from right under the poles in the 51st minute, but the Lions hit straight back. Dyantyi scored a superb solo try a minute later, running round the outside of several Jaguares defenders before stepping inside another to finish.

The Lions continued to dominate, and in the 64th minute, Rohan Janse van Rensburg powered his way through under the posts after a patient build-up from the hosts.

The Argentinians nearly scored against the run of play three minutes afterwards on the break, but Kwagga Smith made a fantastic try-saving tackle, halting Ramiro Moyano in his tracks on the left.

Smith was at the centre of the action again in the 71st minute, when Julián Montoya was yellow carded for illegally attempting to clean him out, driving in with his shoulder.

However, Delguy made amends for his earlier yellow card straight afterwards, pouncing on a stray pass from Hacjivah Dayimani out wide and going all the way for a try.

In the 76th minute, Delguy struck again. He chased down Landajo’s clever kick into space on the right, getting to the ball first and finishing with ease to offer his side a glimmer of hope.

However, if the game hadn’t already been won by the Lions, Warren Whiteley finished it off in the dying moments. After receiving the ball from Elton Jantjies, he evaded two Jaguares defenders with a great run, which took him all the way for the match-clinching try.