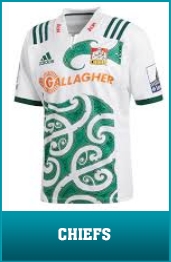 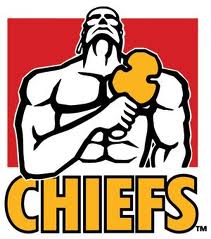 Ahead of the 2018 Super Rugby season we take a closer look at each of the tournament’s 15 teams participating. Next up, the Chiefs.

After having Dave Rennie at the helm for the past five years, the Chiefs are at the dawn of a new era with former Maori All Blacks coach Colin Cooper taking over the reins of the Hamilton-based franchise.

Rennie guided the men from Hamilton to back-to-back title wins in 2012 and 2013, and they featured regularly in the play-offs in the four years since their last tournament victory.

This means Cooper will be under pressure to replicate those achievements but he is an experienced boss who previously coached the Hurricanes at Super Rugby level, as well as the Maori All Blacks and Taranaki whom he guided to a New Zealand National Provincial title in 2014.

The recruitment of former Bath head coach Tabai Matson to the Chiefs coaching staff was a shrewd move as he too has Super Rugby experience from his time as an assistant at the Crusaders.

Last year: The Chiefs started their 2017 campaign in impressive fashion with consecutive victories against the Highlanders, Blues, Hurricanes and Rebels.

They had a bye in Round Five but continued with their fine form by beating the Bulls in Hamilton, in their next match, but suffered their first defeat of the season against the Stormers in Cape Town in Round Seven.

They bounced back with away victories against the Cheetahs and Western Force before returning to Hamilton where they notched wins over the Sunwolves and Reds.

They had another bye in Round 12 but went through a dip as they lost to the Crusaders in Hamilton the following week before drawing against the Blues in their next match.

They returned to winning ways against the Waratahs in Round 15 before claiming a narrow win over the Hurricanes in Hamilton and ended of the league phase of the competition with a solid away win over the Brumbies.

That meant they returned to Cape Town for the quarter-finals where they grinded out a 17-11 win over the Stormers but their campaign ground to a halt the following week when they suffered a 27-13 defeat in Christchurch to the eventual champions, the Crusaders.

This year: The Chiefs have a tough schedule in this year’s competition with eight of their 13 league fixtures being played away from home and four of those are outside New Zealand.

Their campaign kicks off with away matches against the Crusaders and Blues before they have a bye the following week. They return to action with a home clash against the Bulls before heading to Tokyo in Round Six to take on the Sunwolves.

After that, they host the Highlanders and Blues on successive weekends before facing the Hurricanes in an away match in Round Nine. Their next fixture is in Brisbane against the Reds and they have another bye in Round 11 before facing the Jaguares at home.

They are back on the road when they head to South Africa where they face tricky assignments against the Stormers and Sharks in Cape Town and Durban respectively.

With the business end of the competition looming they face the Waratahs in Sydney before taking on the Crusaders away from home and their final league match will be at home against the Highlanders.

Key players: Chiefs captain and first-choice All Blacks openside flanker Sam Cane will be important to the team’s cause as his experience and leadership skills are important attributes which will help the side throughout the campaign. Cane is one of the best players in his position in the competition but he has been having concussion problems in recent seasons and hopefully that is a thing of the past as he will be difficult to replace if he has to spend time on the sidelines.

With the experienced All Blacks duo of Aaron Cruden and Stephen Donald no longer with the Chiefs, Damian McKenzie is set to make the shift from full-back to fly-half for the two-time champions. McKenzie is renowned as one of the tournament’s best counter attackers but will be expected to give the side much needed momentum as the chief playmaker. That should not be a problem as he has an impressive skill-set and led the tournament statistics for metres gained (1891) in 2017.

Another All Black who will be a vital cog in the Chiefs pack is All Blacks lock Brodie Retallick who will be raring to go after missing the latter stages of New Zealand’s Rugby Championship campaign as well as their end-of-year tour to Europe due to a family tragedy. Retallick is one of the world’s best locks who possesses a high work ethic and will be expected to help the likes of Cane and Liam Messam to lead the charge up front.

Players to watch: With Tawera Kerr-Barlow now playing for La Rochelle in France, Brad Weber is expected to be the Chiefs’ first-choice scrum-half in 2018. The one-Test All Black will be keen to show that he is not a spent force at this level after missing the 2017 Super Rugby season due to a broken leg. The 27-year-old is renowned for his slick passing game and lightning speed. It will be interesting to see if he still possesses the latter quality after his recent injury.

Although competition for places in the Chiefs back-row will be tough, keep an eye out for Canada international Tyler Ardron who will become his country’s first player to represent a New Zealand franchise. The 25-year-old joined the Chiefs on a two-year deal from the Ospreys and captain Canada at the 2015 Rugby World Cup in England. One of his strengths is his versatility and apart from playing on the blindside flank and at number eight, he can also pack down at lock which should make him an important squad member.

Prospects: New Zealand teams have won the competition for the past three years which means their conference will be very competitive and the Chiefs’ new coach, Cooper, will have to hit the ground running if he wants to continue with Rennie’s good work. However, their tough schedule will make things difficult and don’t be surprised if they miss out on the play-offs. 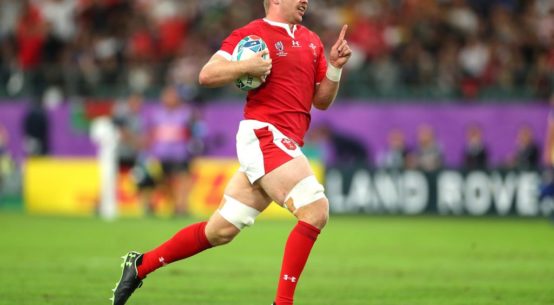