The Crusaders will be hoping to continue with their impressive start to the campaign when they host the Stormers in Christchurch on Saturday.

As the champions and the tournament’s most successful side, the Crusaders will be the team everyone wants to beat this season but doing that in Christchurch will not be an easy task.

Since Scott Robertson took over the Crusaders’ coaching reins in 2017, the eight-time champions have been in superb form in their backyard and they won all nine their home matches under his guidance last year.

Last weekend, they continued where they left off during that successful campaign by claiming a 45-23 victory over the Chiefs in Christchurch.

That suggests the Stormers will have to be at their best if they want to beat their hosts, but the men from the Cape’s confidence will be low after suffering a narrow 34-27 defeat to the Waratahs in dramatic fashion in Sydney last weekend.

That was the Stormers’ second match of the campaign after beating the Jaguares 28-20 in Cape Town in Round One.

The loss to the Waratahs was a blow to the Stormers’ morale as they were desperate to kick-start their Australasian tour on a high and the clash against the champions presents them with arguably their toughest challenge, with next weekend’s game against the Highlanders in Dunedin still looming on the horizon.

The Crusaders will be full of confidence ahead of this fixture as they have won 14 of their last 16 games against the Stormers, including each of their last six.

The champions have never been defeated by the Stormers when playing at home – 10 wins and one draw – and scored an average of 31 points per game across that time. They have won their last 12 games at home against teams from outside New Zealand – their last such loss came in the opening round of the 2015 campaign against the Rebels.

A win for the Stormers will be a momentous occasion as they haven’t won in New Zealand since an 18-16 victory over the Hurricanes in Round 11, 2013 – they’ve lost eight games there since.

The last time these teams met: The Crusaders maintained their winning start to the 2017 season when they thrashed the Stormers 57-24 in their Round Nine clash in Christchurch. The home side laid the foundation for that win in the first half and led 36-3 at half-time. In the end, they outscored the Stormers eight tries to three with George Bridge (3), Kieran Read (2), Michael Alaalatoa, Pete Samu and Manasa Mataele all crossing the whitewash and Richie Mo’unga kicked seven conversions and a penalty. For the Stormers, Cheslin Kolbe, Bjorn Basson and Frans Malherbe dotted down and Robert du Preez succeeded with a penalty and three conversions.

Team news: Billy Harmon will earn his first start in a Crusaders jersey at openside flank when the Stormers visit AMI Stadium in Christchurch on Saturday. The other change to the starting pack sees the Crusaders’ latest centurion, Luke Romano, taking a spot on the bench with All Blacks team-mate Scott Barrett to partner Sam Whitelock in the second-row.

Meanwhile, head coach Scott Robertson has named an unchanged backline from the side that defeated the Chiefs last weekend. Hooker Andrew Makalio and loose forward Heiden Bedwell-Curtis have both been named in the matchday 23, after turning out for the Crusaders Knights team last weekend. They provide cover for Codie Taylor and Harmon respectively.

For the Stormers, Dillyn Leyds will start at fly-half in one of four changes to the starting line-up which lost to the Waratahs last week. The versatile Leyds, who last played at fly-half in the Stormers’ victory against the Blues at Newlands last year, moves into the pivot position in place of the injured Damian Willemse.

Leyds’ place on the wing is taken by Seabelo Senatla, with EW Viljoen coming in at outside centre for the injured JJ Engelbrecht in the only other backline change.v In the front row, experienced loosehead prop JC Janse van Rensburg makes his first start of the season, with Steven Kitshoff set to make an impact from the replacements bench, while in the loose trio Cobus Wiese is back at blindside flank after missing out last week.

BNZ Crusaders lock Luke Romano is set to become the 18th Crusader to reach 100 Investec Super Rugby games, having been named on the bench for the side’s match against the Stormers tonight.

The 32-year-old joins seven of his current team mates in reaching the milestone: Wyatt Crockett, Kieran Read, Owen Franks, Ryan Crotty, Sam Whitelock, Israel Dagg and Matt Todd have all played more than 100 Super Rugby games, and only Dagg has reached the ton having also played for another Super Rugby side (Highlanders).

Romano said it was special to join a select group of current and former Crusaders, who have all played an important role in shaping Crusaders rugby.

“It’s a huge honour to play for this team, and I never would have dreamed of reaching 100 games when I made my debut in Timaru seven years ago.

“There’s a fantastic culture within the side that drives you to turn up each and every week and play the best rugby you can for your team mates, coaches, family and supporters. It’s certainly what has driven me to this milestone and I know it’s something special that I’ll look back on with a great deal of pride,” Romano said.

“Luke is a valued member of our team, and has given his all every time he’s taken the field for the Crusaders over the past seven seasons. He had an immense 2017 campaign and was an important part of our success, so I know the boys will want to put a performance befitting this milestone on the field come Saturday night.

“100 Super Rugby games is a real testament to Luke’s character; he’s not only an uncompromising competitor, but is also a loyal Crusaders man and a great leader. It’s a special milestone and one we look forward to celebrating with Luke and his family,” Robertson said.

New Zealand Rugby Chief Executive Steve Tew said: “On behalf of New Zealand Rugby, I’d like to congratulate Luke on reaching this special milestone.  He joins a very special club of New Zealand players to reach 100 Super Rugby games, his loyalty to the game is certainly appreciated and he and his family can be rightly proud of everything he has achieved in the Crusaders jersey.”

Born in Nelson, Romano made his first-class debut against his home province, Tasman, for Canterbury back in 2009. Two years later he became Crusader #154 when he made his Super Rugby debut against the Bulls in Timaru. Romano earned his first Test cap the following year against Ireland in Hamilton and has now worn the black jersey on 31 occasions.

Last week, Romano played his 100th Crusaders game, which included his start against the British and Irish Lions in June 2017. On Saturday night, he will become the 18th Crusaders representative to play 100 Super Rugby games, the most of any Super Rugby team in the history of the competition. 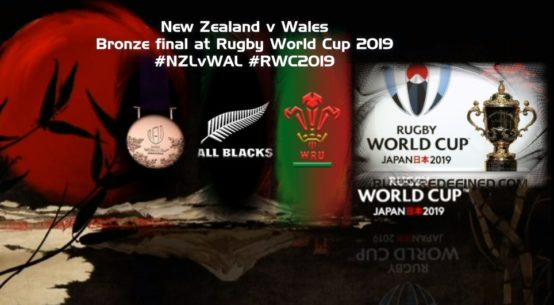