The Highlanders will finally play their second match of the season on Friday when they kick-off the round against the Stormers in Dunedin.

After the South African Conference opened the campaign in Week One, the Highlanders then followed up a win over the Blues with a bye week. However, it’s right into the thick of things now as following this they host the Crusaders before going to the Hurricanes and then Chiefs.

It’s therefore imperative they pick up at least four points and build on that Blues win as those upcoming games are key to their campaign.

For the Stormers meanwhile it’s looking like an all too familiar story for them on the road as they look to avoid a third straight loss. Last week they fell to the Crusaders so they will be determined to finish their tour on a positive before heading home.

Speaking of that dismal form, that loss in Christchurch meant the Stormers have now lost their last nine matches in a row in New Zealand, losing by an average margin of 17 points in that time. Few are expecting that rot to end at Forsyth Barr Stadium against the Highlanders.

The men from Dunedin have won their last two games against the Stormers, snapping a six-match losing streak against them prior. They have also won their last seven games on home turf, scoring 40 points in all but one of those fixtures so will be a confident side this Friday.

Aaron Smith looked excellent in their only game so far and there is firepower all over the backline with Ben Smith, Waisake Naholo and Rob Thomson set to show their qualities. Of course that’s only possible due to the work of their still under-rated forwards who always impress.

The Stormers, still without the injured Eben Etzebeth, do have quality of their own in the shape of returning fly-half Damian Willemse, prop Steven Kitshoff, full-back SP Marais and back-row duo Siya Kolisi and Nizaam Carr among others. But consistent 80 minute streetwise efforts against New Zealand opposition has become their Achilles heel and one feels that will be the case again as their woes on the road continue.

Team news: The Highlanders will hand a debut to wing Tevita Nabura in their Super Rugby clash against the Stormers. There is a look of consistency in the XV with only three changes from their campaign opener against the Blues. In the forwards, Tasman back-row Shannon Frizzel takes a place on the reserves bench, while co-captain Ash Dixon will miss the game with a back injury and will be replaced by Greg Pleasants-Tate. In the backs, powerful Fijian Nabura earns a spot on the left wing. It is a debut game for both Frizzel and Nabura.

Lock Salmaan Moerat is set to make his Stormers debut off the replacements bench against the Highlanders. There are five changes to the XV and a further four on the replacements bench for the encounter. The only change to the backs sees Dillyn Leyds move back to wing to make way for the returning Damian Willemse, with Seabelo Senatla ruled out due to a groin strain and JJ Engelbrecht providing cover among the replacements. Up front Kobus van Dyk will start at blindside flank in the absence of Cobus Wiese, there is an all-new lock pairing in Jan de Klerk and Chris van Zyl, with JD Schickerling having returned home injured and both Pieter-Steph du Toit and the 20-year-old Moerat set to provide impact off the replacements bench. The only change to the front-row sees Stephen Kitshoff replace JC Janse van Rensburg at prop. 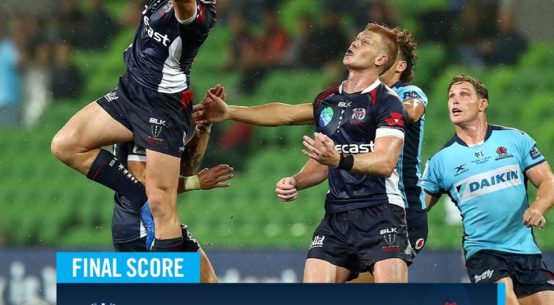