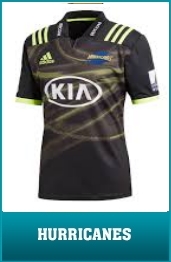 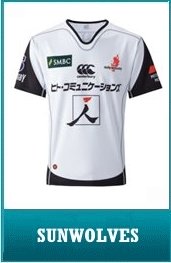 The Hurricanes will be keen to cement their place amongst the tournament’s frontrunners when they host the Sunwolves in Wellington on Friday.

The 2016 champions will fancy their chances against the Japanese outfit as these sides have faced each other just once before and the Hurricanes dominated that match from start to finish and eventually secured an 83-17 victory in Tokyo last year.

The Hurricanes head into this match in a rich vein of form as they have won their last seven matches on the trot and are currently in second position in the New Zealand Conference and are fourth on the overall table, although they are three points ahead of Australian Conference leaders the Waratahs, who are third.

By contrast, the Sunwolves are languishing at the bottom of the Australian Conference, as well as the overall standings, having lost all eight of their matches so far this season.

Added to that, the men from Tokyo will again be searching for their maiden Super Rugby win away from home (18 defeats), having lost their last five away fixtures by an average margin of 35 points per game.

There have been signs of improvement in recent matches though as the Sunwolves have conceded just 19 first-half points across their last two games which is the fewest ever in any two consecutive Super Rugby fixtures.

With world class players like Beauden and Jordie Barrett, captain Brad Shields and Julian Savea in their ranks, the Hurricanes will be determined to show that last year’s emphatic victory was not a fluke so don’t be surprised if this is another one-sided affair in their favour.

The last time the teams met: These sides faced each other once before and the Hurricanes proved too strong as they claimed an emphatic 83-17 victory in a Round One clash in Tokyo in 2017. The men from Wellington outscored their hosts 13 tries to three with Ardie Savea, Vince Aso and Michael Fatialofa scoring a brace each while Otere Black finished with an 18-point haul after succeeding with nine conversions. For the Sunwolves, Riaan Viljoen, Shokei Kin and Willie Britz crossed the whitewash.

Team news: Nehe Milner-Skudder will make his long-awaited return to action after being named in the Hurricanes matchday squad for this encounter.

The All Blacks wing has been sidelined since injuring his shoulder in October but has been named on the replacements bench and is part of a strong Hurricanes line-up selected by head coach Chris Boyd for the Super Rugby match at Westpac Stadium in Wellington.

Scrum-half Finlay Christie will make his debut for the Hurricanes and will have plenty of experience outside him with Beauden Barrett starting inside an exciting midfield pairing of Vince Aso and Matt Proctor.

Boyd has opted to make some changes in the pack from the squad who beat the Chiefs a fortnight earlier with Ben May coming in for Jeff Toomaga-Allen while Reed Prinsep comes into the loose forward mix with captain Brad Shields moving to number eight as Gareth Evans, who has started every match, moves to the bench.

Ardie Savea, who was injured against the Highlanders in March, has been bracketed with Sam Henwood who has recovered from a head knock he suffered early against the Chiefs.

Experienced wing Julian Savea also returns to the starting XV after he missed the Chiefs match and will be joined at the back by the competition’s leading try scorer Ben Lam and in-form Jordie Barrett.

There is plenty of quality on the bench which will feature the return of Milner-Skudder from his long-term shoulder injury while Jackson Garden-Bachop replaces Ihaia West. Inside centre Ngani Laumape and lock Vaea Fifita have been given the week off.

Meanwhile, Sunwolves head coach Jamie Joseph has made just two changes to his side for this fixture.

On the back of a spirited performance in a 33-11 loss at the Crusaders last week, the Sunwolves will be looking to build on that showing.

The two changes come in the pack where Shota Horie comes in at hooker in place of Jaba Bregvadze, who moves to the bench, while prop Takuma Asahara gets the nod at tighthead prop in place of Jiwon Koo. Otherwise the starting line-up is unchanged for the Westpac Stadium fixture. 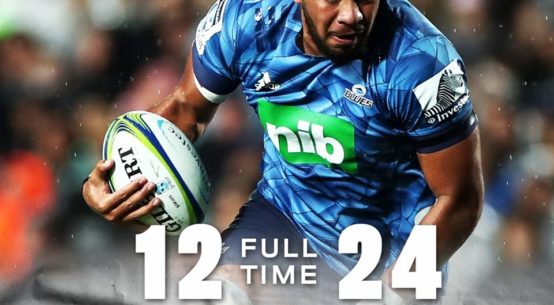