The Sharks will be looking to continue the impressive form from their tour of New Zealand when they host the Bulls at Kings Park on Saturday.

The Sharks under-performed at the beginning of the season but are beginning to hit their straps, producing their best display of the competition thus far against the Hurricanes last weekend.

The performances on their tour of the long white cloud, which also included a 63-40 drubbing of the Blues in Auckland, will give the men from Durban plenty of confidence and veteran Tendai Mtawarira says the side are keen to replicate that form in front of their home support.

“Those performances in New Zealand showed what this team is all about,” he said. “We can take a lot out of the way we played in those games.”

The Bulls have already enjoyed their two mandatory byes and with a game in hand over the second placed Sharks (in the South African Conference) and two over the Conference leading Lions, will come to Durban full of purpose in their own quest to move up the table.

However, they will be up against a fired-up Sharks side high on confidence and determined to make their efforts count after the last gasp loss to the Hurricanes last weekend when they dominated but could not get the win.

“The tour didn’t all go our way as far as results are concerned, but it ended up us showing what we’re all about. We showed how well we can play against the Blues and Hurricanes, that we can be contenders. We are getting cohesion in our game, we’ve changed our mindset – we want to attack, not defend,” added Mtawarira.

“We want to put in massive performances in front of our home supporters.

“This match is going to be a cracker, they are highly motivated, but so are we. It’s going to be two dynamic attacks up against each other and that means fireworks.”

The Bulls are back in action following a bye week, which came after they beat the Stormers 33-23, and sit fourth in South Africa’s Conference.

The Pretoria side are massively boosted by the return of starting locks Lood de Jager and RG Snyman. However, both will need to be on top of their game, as the Sharks have stolen 1.4 line-outs per game this season, more than any other team in the competition.

The Bulls are undefeated in their last five games against the Sharks (W4, D1), their longest ever run without a loss against them.

But head coach John Mitchell says there is no room for complacency and has emphasised the importance of this derby.

“We have all to play for,” said Mitchell.

“One thing we can bank on is that this will require a huge effort from our side if we want to beat the Sharks at home. They will not make it easy for us or allow us to rule the game. This will be hard work and we need to be prepared for that.”

Following minimal changes in the last two weeks of sublime showings in New Zealand, the coach felt that those who had done such proud duty against the Blues then Hurricanes deserved a shot at the Bulls.

He has however made three rotational changes on the bench with Akker van der Merwe replacing Franco Marais while Tyler Paul will now cover lock ahead of Hyron Andrews and Daniel du Preez returns to the matchday 23 from injury and will potentially form a trio of brothers on-field should he join fellow loose forward Jean-Luc and fly-half Robert during the match.

Meanwhile, Bulls head coach John Mitchell has limited the changes for this game.

There are though two returning faces in the second-row as Lood de Jager and RG Snyman are fit after respective injuries to start the contest. 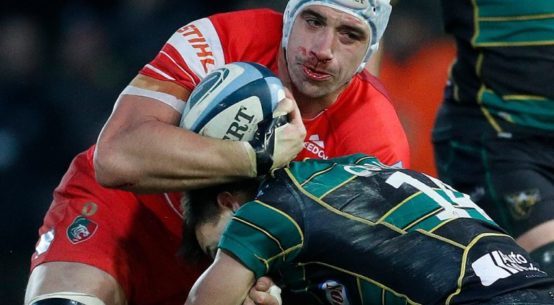