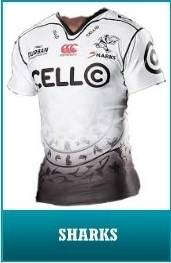 Inconsistency has plagued both the Bulls and Sharks this season, but this game offers them an ideal opportunity to improve their play-off prospects.

It is another crucial contest in the race for the quarter-finals, with these sides having the potential to put pressure on the Lions at the top of the South African Conference.

At one stage, the Pretoria-based outfit were the form team in the country and were exceptional in dismantling Saturday’s opponents in the reverse fixture, but successive defeats has set them back.

Meanwhile, Robert du Preez’s men have begun to find some momentum, beating the Highlanders and the Stormers at home. It has, however, been a different story on their travels, with the franchise’s dominant triumph over the Blues their only victory away from Kings Park.

Questions will also be asked of their mental state when facing John Mitchell’s charges having faltered in the aforementioned encounter between the teams in Round Nine. The talent is there to win at Loftus Versfeld and, man for man, they have a slightly better side, but the Bulls just seem to have the edge.

The Sharks have failed to beat their rivals in the last six attempts and they may fall short again. No doubt Du Preez’s side will want revenge for the humbling they received last month, but the Bulls, after a disappointing loss to the Lions, have been far more resilient in Pretoria since.

Nevertheless, it will be an intriguing contest and the battle between the fly-halves is one of the highlights leading into the game. Robert du Preez Jnr has been in outstanding form but Handre Pollard is starting to produce his best after an injury-disrupted two years.

Then there’s Du Preez’s brother. Jean-Luc has been exceptional and his duel with Jason Jenkins may be vital. The Bulls’ flanker is not quite as heralded in the wider circles but, having switched from lock to the blindside in the past two rounds, the 22-year-old has evidently done enough to retain his position and Jenkins will need to step up again this weekend.

Ismaiel, a regular starter for the team this year, missed three weeks of action due to injury and played off the bench in the last two matches against the Highlanders and Stormers. He replaces Divan Rossouw in the XV.

Trevor Nyakane, who missed the Stormers clash, is fit again following his neck strain and will start at tighthead in place of Conraad van Vuuren, who moves to the bench.

In another tweak to his pack, Mitchell named Marco van Staden at number eight in place of Thembelani Bholi, where he will combine with Jason Jenkins and Roelof Smit. Bholi moves to the bench.

“We all know what is at stake here. We all understand the long-term vision and strategy, but short-term results are as important,” Mitchell said.

“The Sharks have shown how good they can be in dismantling the Highlanders and will come for us, no doubt.”

Meanwhile, Sharks head coach Robert du Preez has made minimal changes to the side, with Andre Esterhuizen set to play his 50th match.

Following their dismantling of the Highlanders last week, there is just one alteration among the forwards with Jacques Vermeulen coming in for Philip van der Walt, who took a blow to the face against the New Zealand franchise.

There is one more change – amongst the reserves – where Chiliboy Ralepelle, who is playing his 100th Vodacom Super Rugby game, coming in for Franco Marais on the bench. Ralepelle had played on 69 occasions for the Bulls and will be playing his 31st match for the Sharks.

“One of the main things that we’ve seen since the loss to the Vodacom Bulls before that DHL Stormers game is that we haven’t been making as many errors and our set-piece is functioning a lot better,” explained number eight Daniel du Preez.

“The boys are starting to play well together and the forwards are finding momentum which obviously plays a big role.

“We are also really starting to build some consistency in our game and that’s giving us momentum.” 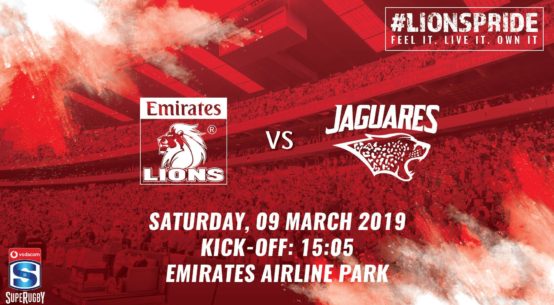