Finally exactly how you pronounce Jaguares ->

The Chiefs can expect a stern test when they take on the Jaguares in only the second Super Rugby encounter between these sides, in Rotorua on Friday.

The men from Buenos Aires have been the surprise package in this year’s competition and head into this match brimming with confidence after claiming away victories against the Rebels, Brumbies and Blues in their three previous matches.

That win over the Blues was an historic one as it was their first ever triumph over a New Zealand side since they joined the competition in 2016.

That result will help the give Mario Ledesma’s charges plenty of self belief but they face much tougher opponents in the Chiefs.

The Hamilton-based outfit are currently in fourth place in the New Zealand standings but are 13 points ahead of the bottom-placed Blues and are yet to lose a home fixture.

Adding to that, the Chiefs have won 20 of their last 22 games against teams from outside New Zealand, including their last 10 such games on the bounce.

Despite that statistic, the Jaguares will be highly motivated for this encounter because a victory will be another momentous result for them as never before have they won a stretch of four or more matches.

Both sides have brilliant attacking players in the forwards and backs, although the battle between the two fly-halves – Chiefs playmaker Damian McKenzie and Nicolas Sanchez of the Jaguares – will be crucial and whoever comes out on top in this duel could play a big role in determining this game’s result.

The last time the teams met: These sides faced off in a Round Four encounter in Buenos Aires in 2016 and the Chiefs had to dig deep to beat their hosts 30-26. The men from Hamilton outscored the Jaguares four tries to three with Brad Weber’s 78th minute five-pointer sealing his side’s win. Sam McNicol, Damian McKenzie and James Lowe scored the Chiefs’ other tries. McKenzie added two conversions and a penalty and Aaron Cruden also slotted a three-pointer off the kicking tee. For the Jaguares, Agustín Creevy, Martín Landajo and Matías Moroni dotted down and Nicolas Sanchez kicked three penalties and a conversion.

Team news: Chiefs head coach Colin Cooper has made four alterations to his starting XV for this fixture. He has kept the same front-row which performed really well against the Reds in Brisbane in a Round 10 encounter two weeks ago.

In the second-row, Cooper has decided to rest Brodie Retallick, bringing in Michael Allardice who put in a strong performance against the Hurricanes in Wellington in Round Nine.

The most capped Chief, Liam Messam, will start in the number eight jersey. In the backline, Toni Pulu comes back from injury on to the wing, and Alex Nankivell comes in at inside centre. Johnny Faauli has earned a rest after starting every game so far this season.

On the bench there is a potential debut for Levi Aumua back from injury, and for Bay of Plenty loose forward Jesse Parete in as injury cover.

Meanwhile, Jaguares head coach Mario Ledesma has also made some tweaks to his starting line-up. In all, there are five changes, including a positional switch to the team which beat the Blues in Auckland last weekend.

The backline shows two alterations to the one which lined up in that historic victory with Ramiro Moyano and Gonzalo Bertranou replacing Bautista Delguy and Martin Landajo on the right wing and at scrum-half respectively.

Ledesma has also shuffled his pack with Tomas Lezana starting on the blindside flank in place of Javier Ortega Desio, who shifts to number eight where he takes over from Leonardo Senatore.

The final alterations are at lock, where Tomas Lavanini comes in for Matias Alemanno, and at hooker with Julian Montoya in place of Agustin Creevy. 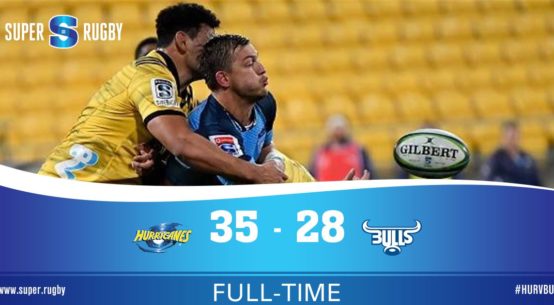 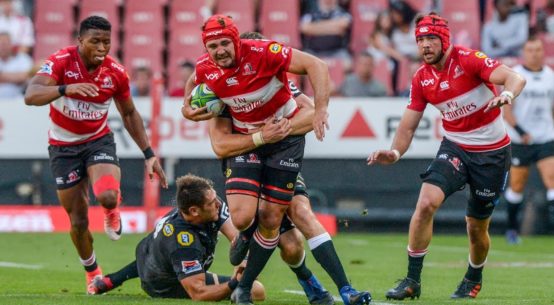