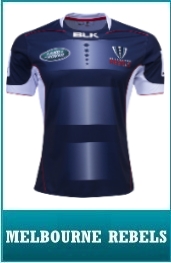 The Crusaders will be eyeing another positive result against the Rebels on Friday that would keep their noses in front in the Conference.

Currently Scott Robertson’s men are on 33 points with the Hurricanes (32), Highlanders (28) and Chiefs (26), who all have a game in hand, on their tails. Therefore keeping their recent momentum going is of paramount importance as they look to finish atop the pile. It’s worth noting that the only two sides who did defeat them must still go to Christchurch, so all things considered the holders are in great shape.

The same cannot be said of the Rebels as they are stuck on a four-game losing run and are in danger of being left behind by the Waratahs.

Form against the Crusaders hardly inspires confidence too as in their most recent two meetings they have conceded a worrying total of 126 points. Furthermore the Crusaders have won four of their last five games against the Australian side while the Rebels have also lost their last six on the bounce at home against New Zealand franchises by an average margin of 26 points. Not pretty reading for those in Melbourne.

Indeed, the Crusaders are on a great run on Australian soil, having won their last seven games there – their longest streak in the country.

They boast depth across their squad that is illustrated by in-form wing Manasa Mataele having to settle for a place on the bench, despite Israel Dagg missing out due to injury. In comes Seta Tamanivalu and George Bridge, who are two outstanding finishers that could well shine.

The return of Richie Mo’unga too is timely as he comes straight back into the side, joined by the patient Mitchell Drummond in what is a half-back pairing that should unpick this Rebels’ defence. Jack Goodhue’s return is also a significant boost to Robertson moving forward.

They should have too much firepower for the Rebels who, despite being boosted by the return of players like Will Genia and Jack Maddocks, will surely find it hard to shake their recent poor form against such an unforgiving side as the Crusaders. Expect their woes to continue.

The last time the teams met: The Crusaders were too slick for the Rebels in Round 14 of last year, running out 41-19 winners in Melbourne. First-half tries from Manasa Mataele, Jed Brown (2) and Seta Tamanivalu were followed up by second-half crossings from David Havili and Mitchell Drummond while Richie Mo’unga knocked over 11 points. For the Rebels, their tries came from Marika Koroibete (2) and Toby Smith.

Team news: Melbourne Rebels will welcome back scrum-half Will Genia as one of six changes to their starting XV. He’s back from a hamstring injury suffered during the Jaguares match three weeks ago.

Coach David Wessels has made changes right across the board with Fereti Sa’aga and Sam Talakai replacing Tetera Faulkner and Jermaine Ainsley as the starting props.

Also in the forwards, Geoff Parling makes his first start since the Jaguares match, as Angus Cottrell moves to blindside flank with Colby Fainga’a starting at number seven.

Jack Maddocks returns from a minor ankle injury that saw him be a late withdrawal last weekend in Cape Town. The 21-year-old will start at full-back. Sefa Naivalu’s brace against the Stormers earns him another start on the wing.

Meanwhile, Crusaders head coach Scott Robertson has rung the changes to his XV for this Round 12 clash. Three tweaks come in the pack and four in the backs, as well as a positional change which sees Seta Tamanivalu shift from the left to the right wing.

The matchday 23 includes three players – Richie Mo’unga, Jack Goodhue and Mitchell Dunshea – who make their return from injury this week.

In the backline, Mitchell Drummond will wear the number nine jersey, while Mo’unga returns at fly-half having recovered from the fractured jaw he suffered against the Stormers back in Round Three.

A reshuffle in the outside backs sees Tamanivalu move from the left to right wing this week in place of Israel Dagg, and George Bridge comes on to the left wing. Goodhue is also set to make his return from injury and will slot in at centre.

In the front-row, Wyatt Crockett comes into the starting team for what will be his 195th Super Rugby appearance, in place of injured loosehead prop Tim Perry while at hooker Andrew Makalio and Codie Taylor rotate for this game, so that Makalio takes the starting spot.

At blindside flanker, Melbourne-born Pete Samu earns a start this week, and Heiden Bedwell-Curtis has been named in the reserves. 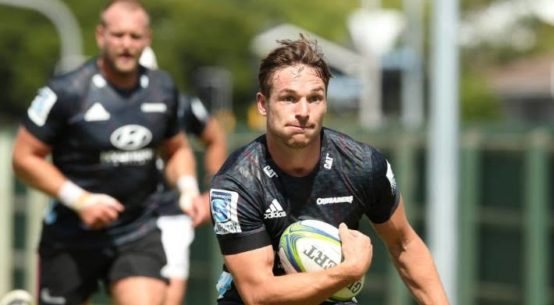