Skip to content
You are here
Home > Highlanders > SR18 Preview: Waratahs vs Highlanders {19-5-18}

The Waratahs will be looking to claim a win that could end Australia’s drought against New Zealand sides when they host the Highlanders on Saturday.

The Waratahs have five wins from 10 games but still sit top of the Australian Conference. The Highlanders, who have seven victories from the same number of matches are third in the New Zealand Conference by comparison.

The Highlanders have dominated their Australian counterparts in recent history, winning the last four previous meetings between the sides.

As has been well documented, an Australian side has not beaten New Zealand opposition in 39 attempts. Although they have lost their last six against Kiwi opposition, the Waratahs have crossed for four or more tries in those half a dozen games.

Israel Folau has contributed the highest percentage of those tries. The 28-year-old, who is a master of controversy these days, has scored five tries in his last five games against New Zealand opposition, bagging two braces in that time.

But not even “Izzy” is likely to prevent the inevitable. After that once-off shocker against the Sharks, the Highlanders were back to their ruthless and efficient ways in the 39-27 victory over the Lions last weekend.

With the return of some key players including Aaron Smith to bolster the side this weekend, the men from Otago are set to be even harder to contend with.

The Waratahs, meanwhile, will still be wondering how they managed to let slip a 29-0 lead against the Crusaders in their last fixture. That game sums up the ‘Tahs this season – either really good or really bad. That is reflected in their 50 percent win record.

The Highlanders are such a patient side and have scored 10 tries after holding possession for seven phases or more, so Michael Hooper and company will have to stifle Highlanders’ ball at the breakdown if they want to get anything from the match.

Staniforth replaces Ned Hanigan, who has been ruled out with a knee injury and Gordon starts ahead of Nick Phipps, who is on the bench.

Hanigan’s injury also gives an opportunity to 20-year-old Eastern Suburbs lock Ryan McCauley, who has been named in the reserves along with hooker Tolu Latu.

Meanwhile, the Highlanders are boosted by the return of forward duo Jackson Hemopo and Dillon Hunt.

The return of lock Hemopo and flanker Hunt to the pack, Patelesio Tomkinson’s selection in the midfield and Aaron Smith back at scrum-half are the main features of the Highlanders team to take on the Waratahs on Saturday.

In the backs, Smith takes the place of the well performed Kayne Hammington, and Tevita Li is back from injury and will take a spot on the bench.

Tomkinson gets his first starting opportunity in the midfield with Teihorangi Walden sitting the game out after experiencing concussion symptoms during the week.

A former NZ U20 player, Tomkinson, is a hard-hitting young midfielder from Otago who has had limited opportunities since joining the club last season. 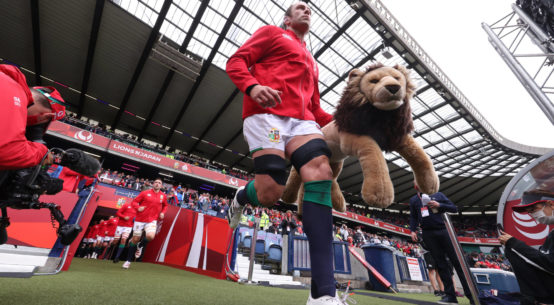