Super Rugby’s Round 19 action gets underway in Hamilton on Friday when the Chiefs host the Hurricanes in what should be a thrilling New Zealand derby.

Although both these teams are already assured of a place in the quarter-finals, there will be no letting up from either side in a bid to claim victory which will also secure the winners bragging rights.

Going by overall competition points, this is sure to go down to the wire and be full of excitement, with the Hurricanes and the Chiefs in second and third place of the New Zealand Conference respectively.

The Hurricanes need to win, get a bonus point or avoid a heavy defeat against their hosts to guarantee a home quarter-final the following week.

Both these sides have entertained throughout the season and it is no surprise that they are amongst the leading attacking teams in the tournament, with the Hurricanes fourth for most tries scored (62) this year while the Chiefs are sixth after crossing the whitewash on 56 occasions.

The Chiefs have also made the second most clean breaks (222) with the Hurricanes fourth (186) in that department as well, while the men from Hamilton have beaten the fourth most defenders (379) with the Wellington-based franchise next best with 350 in that category.

Chiefs head coach Colin Cooper says his side are ready to put on a show for the home crowd but expects a tough challenge from the Hurricanes.

“We’re going out there to put on a great performance, it could be our last game at home,” he said.

“We want to make sure that wherever there is an opportunity, that we grab it. We look forward to playing our own game, and are also aware of what the Hurricanes bring.

“They showed against the Blues how good they are off the set piece – and we’ve done some work around our set piece defence – but with ball in hand, our focus is on what we can do.”

The last time the teams met: The Hurricanes claimed a 25-13 victory in a Round Seven clash in Wellington earlier this year which ended a two-match losing streak against the Chiefs. Beauden Barrett, Ben Lam and Ngani Laumape scored tries for the Hurricanes and Jordie Barrett contributed 10 points courtesy of two penalties and two conversions. Lachlan Boshier scored the Chiefs’ only try and their other points came via a conversion and two penalties from Damian McKenzie.

Team news: Chiefs head coach Colin Cooper has made several alterations to his starting line-up for this fixture.

In the forwards, Sam Prattley gets his first start after effective performances off the replacements bench for most of the season. Brodie Retallick comes back into the number four jersey after six weeks on the injured list, and Lachlan Boshier gets a start on the blindside flank after returning via the bench last week.

Rounding out the impactful loose trio are Mitch Karpik and Jesse Parete.

In the back-line, Marty McKenzie comes into the number ten jersey, with Cooper confident in his ability to drive the game. McKenzie takes over from his younger brother Damian and will form a half-back partnership with Brad Weber.

The only other change to the run-on side which faced the Brumbies last weekend sees Anton Lienert-Brown returning at outside centre in place of Sean Wainui.

Meanwhile, the Hurricanes have made minimal tweaks to their starting XV. Overall, head coach Chris Boyd has made just three changes to the team which faced the Blues in the last round.

Prop Jeff Toomaga-Allen is promoted from the bench along with lock Michael Fatialofa in changes to the pack while the competition’s leading try scorer Ben Lam also returns.

Lam is the only change to a backline which produced six tries against the Blues, including a club record equaling four from inside cehtre Ngani Laumape who will again form a midfield combination with Wes Goosen.

Boyd has also made a few tweaks to the bench where Chris Eves, Reed Prinsep and Finlay Christie all return after a week away. 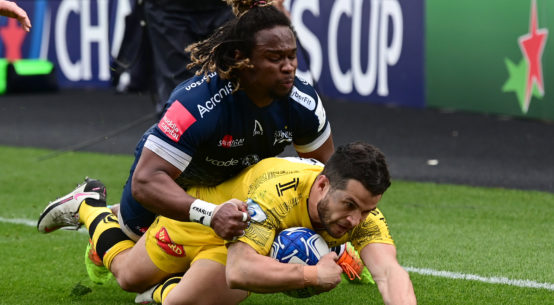 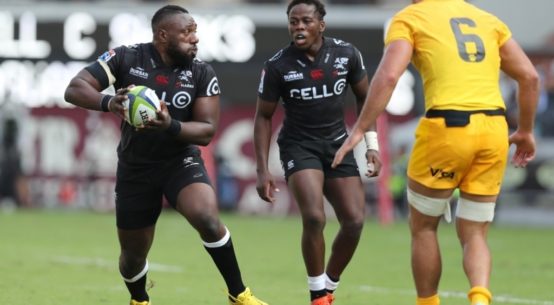