SANZAAR has announced that following a substantial review of Super Rugby over the last 18 months via a strategic planning process the immediate future of Super Rugby rests with a 14-team, round robin, competition format.

The revised format will come into operation and kick-off in 2021. The Sunwolves from Japan will drop out of the existing 15-team Super Rugby competition at the end of the 2020 season.

SANZAAR CEO Andy Marinos stated, “The decision to further consolidate the competition format to a 14-team round robin was not taken lightly. It has involved some detailed analysis and a thorough review of the current and future rugby landscape, tournament costs, commercial and broadcast considerations and player welfare in line with our Strategic Plan.”

“Competition integrity, affordability and a competitive playing environment were further key drivers to ensure that an optimal player development pathway remains in place to feed into international rugby.”

“Factoring in the above analysis and review a 14 or 15-team round robin format were considered, as these models delivered best against the criteria we were seeking, including a format that would see each team playing every other team leading into a finals series, added Marinos.”Super Rugby will therefore comprise the existing five New Zealand teams, four South African teams, four Australian teams and the Jaguares from South America. The agreed format will be played within the next commercial broadcast window starting in 2021.

Marinos added, “SANZAAR was advised by the Japan Rugby Football Union (JRFU) in early March that they would no longer be in a position to financially underwrite the Sunwolves future participation post 2020. The future of the Sunwolves will now be determined by the JRFU which has determined that Super Rugby no longer remains the best pathway for the development of players for the national team.”

“However, Japan and the Asia Pacific region remain strategically important to SANZAAR. We will continue to work with the JRFU, Japan Super Rugby Association (JSRA) and other stakeholders, as we have done throughout this review process, to establish a truly professional league structure in Japan in which current and potentially new teams could participate.”

“We have presented options to them around the establishment of a Super Rugby Asia-Pacific competition structure including Japan, the Pacific Islands, North and South America and Hong Kong. The concept includes linking high performance programmes of such nations into the potential competition structure. The aim is to deliver a competitive and sustainable international pathway that can align to both current and future considerations around the international calendar.”

“We would like to thank the JRFU for their continued support and look forward to working with them going forward and we will continue to be supportive of the Sunwolves through the 2019 and 2020 super rugby seasons,” added Marinos.

The 14-team round robin format will see the removal of the current three conference system and will see each team play every other team home or away each season. This means 13 matches for each team, with two byes, in the regular season with the number of home and away matches varying from six to seven based on a two-year alternate match schedule.

This will then lead into a new three-week, best versus best, super-charged, top six finals series. The top two ranked teams on the competition ladder will receive a bye in week one before hosting semi-final matches against the winners from a knockout round between teams ranked three to six. 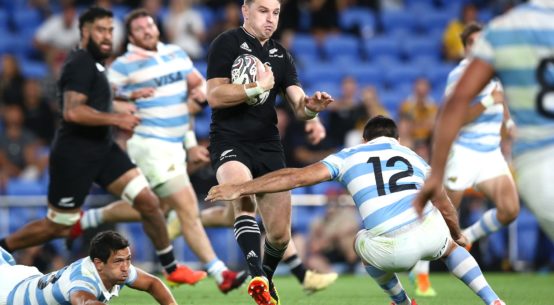 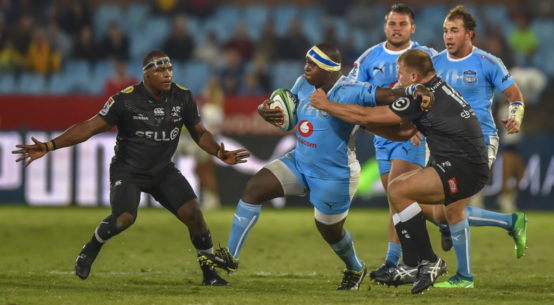