The Bulls have therefore lost 9 of the 17 matches between the sides.

In percentage terms the Bulls have won 61% of their matches against the Sharks.

This weekend the Bulls will have home advantage as the match will be in Pretoria where the teams have met 17 times.

In those 17 home matches the Bulls have won 8, drawn two and lost 4.

This means that the Bulls have won 57% of their home matches against the Sharks.

Bulls backline coach Chris Rossouw says the team’s strong start to the season has been aided by the game management of Handré Pollard.

The Bok flyhalf has been in sensational form at the start of this season, controlling proceedings with aplomb as the general of the backline, while his goal-kicking has been near faultless.

Pollard is currently the leading point-scorer in Vodacom Super Rugby (52), while he has also taken on the captaincy duties at the Bulls following the injury to Lood de Jager.

Rossouw – a former flyhalf himself – told SARugbymag.co.za that he was highly impressed with the composure and control displayed by Pollard.

‘We have a good spine running through our team, and Handré is part of that. Our approach as coaches is to ensure the players have enough responsibility to take charge and ownership in training and on game day.

‘With Handré’s experience gained over the years, he understands all the different scenarios that play out in a match situation. We’ve seen how he is capable of taking control, and he’s running proceedings really well.’

The Sharks will know that they have to nullify Pollard’s impact on the game this Saturday if they are to have any hope of picking up a victory at Loftus.

Sharks assistant coach Braam van Straaten said they had certainly taken note of just how influential Pollard was to the Bulls’ cause.

‘We have to put Handré under pressure so that he does not have the opportunity to run things his way. A while ago I said Handré will go on to be the best flyhalf in the world if he adapted to certain things, and he is starting to do that.

‘He is still raw in certain aspects of his game, but he is rapidly taking authority over how the Bulls play, tactically he is very good and his kicking out of hand is excellent.’

In order to prevent Pollard and the Bulls from dictating proceedings on Saturday, the Sharks will know that they will need to front up physically in the forward battle.

It’s something that Rossouw suggested the Pretoria-based side were fully preparing to face.

‘The Sharks have had a good start, they are a strong outfit, and the physical battle will be right up there. They’ve also shown that they have a great defensive system. So we will need to manage that physical battle, have patience when we make decisions, and ensure we don’t get pushed into a corner.’

The average score when the Bulls play the Sharks in Pretoria is : Bulls 22 Sharks 22 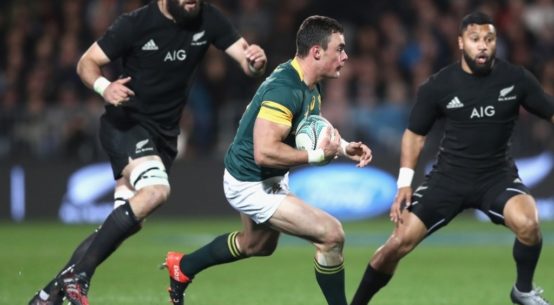