The Stormers beat the Rebels 41-24 on Friday to end their disappointing tour with a consolation win.

The Stormers went into the clash in Melbourne on the back of losses to the Hurricanes, Blues and Reds. Few people gave them a chance of bouncing back and finishing their disappointing Australasian tour with a flourish.

The Stormers – who were missing Springbok forwards such as Siya Kolisi, Eben Etzebeth and Pieter-Steph du Toit – proceeded to deliver one of their most physical and accurate performances of the season. They rattled the top-ranked Australasian team at the gainline, and managed to translate that dominance into points later in the contest.

The visitors made 96 tackles in the first half. While the Rebels enjoyed plenty of possession and territory in that period, they lacked the means to breach a Stormers defensive line with a point to prove.

The Stormers went to the break with a 10-3 lead. They went into the second half as underdogs, though, given their taxing defensive effort in the opening 40 minutes.

Jean-Luc du Plessis showed poor judgment when he flung a looping pass into his own 22. Reece Hodge read the play well to intercept the ball and score.

It took the Rebels 45 seconds to level the scores. That try by Hodge, however, did not signal a shift in momentum. On the contrary, it sparked the Stormers attack to life.

Dillyn Leyds, so influential over the course of the contest with his pinpoint passing and penetrative running, put Damian Willemse through a hole in the defence. Willemse then found Juarno Augustus, who finished the drive and restored the lead.

The Stormers continued to win the physical battle. They had some luck in this contest – with the Rebels missing an early chance to score due to a knock-on. The bounce of the ball often went their way.

Quade Cooper failed to field a ball deep in his own half, and it sat up for Ruhan Nel. The outside centre finished to put the visitors within sight of a bonus point.

The Stormers tired in the dying stages. The Rebels struck twice to deny the Cape side the extra log point.

The Stormers had the final say, though, with Nel making an intercept and racing away to score his second try of the evening.

The result marks the Stormers’ first win in Australasia since 2016. 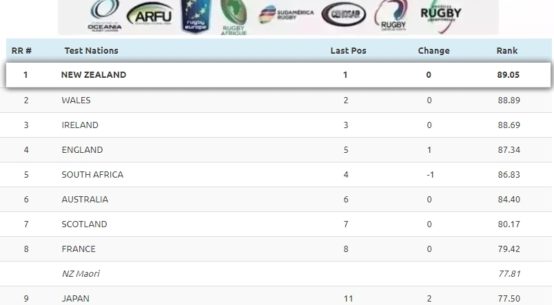