Scott Higginbotham scored a late try to hand the Reds a shock 29-28 victory over the Blues in Brisbane on Friday.

It wasn’t the most exciting game ever, but this cross-conference clash wasn’t short of action as the Blues and Reds combined to score eight tries at Suncorp Stadium.

Higginbotham scored a brace for the hosts, while fullback Bryce Hegarty contributed 14 points via a try, three conversions and a penalty.

Augustine Pulu also bagged a double for the Blues, but the performance of Ma’a Nonu in particular stood out. The veteran centre was a rock in defence and solid on attack, especially in the first half when he went on a devastating run straight through the Reds defence to set up Pulu’s first try.

The New Zealand side took a 14-point lead early on and looked set to runaway with it on the scoreboard. But the Reds did well to claw their way back into the contest to trail by 21-15 at the break. Higginbotham got one of the Reds’ tries to become the first forward to score 40 tries in Super Rugby.

The hosts made a blistering start to the second half with Hegarty crashing over for a self-converted try that put his side in front for the first time. But their joy was short lived as the Blues hit back quickly on the back of a penalty. Their forwards bust holes towards the line before Pulu jumps from the back of the ruck over the line to back the visitors back in the ascendancy.

But the Reds kept pounding away at the Blues’ line at the end and while the visitors initially did well to withstand the attack, the pressure eventually took it’s toll as Higginbotham found space out wide to run in his second and more importantly, the match-deciding try which Hegarty converted. 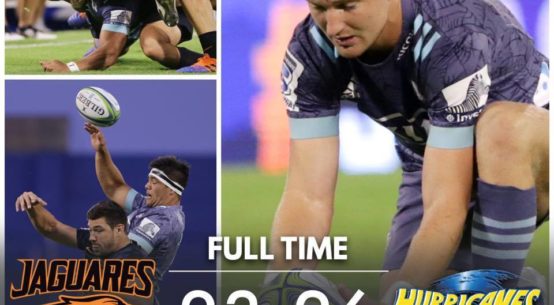