The Hurricanes 3 wins out of 3 matches gives them a record of winning 100% of their matches against the Sunwolves regardless of venue.

This weekend the match will be played in Wellington which is home for the Hurricanes and the city where the teams have met just once before.

Coach Jason Holland said it wasn’t so much rest behind the selection, it was more about getting the whole squad going.

Among the changes Fletcher Smith will be at first five-eighths, Chase Tiatia will play fullback, Kobus Van Wyk (pictured) will play on the right-wing while in the pack, lock James Blackwell has recovered from a toe injury and Xavier Numia will start at loosehead prop in place of the injured Fraser Armstrong.

Jordie Barrett wasn’t selected as he is on All Blacks’ rest and hooker Dane Coles had a little niggle in his calf so they were taking it carefully.

First five-eighths Jackson Garden-Bachop couldn’t be considered as he had a hand fracture and he would be out for the next two weeks at least, depending on how it heals.

Reed Prinsep was still troubled with his injury while Armstrong tweaked a quad muscle against the Sharks and was a week or two away as well.

Holland said with the changes made the players coming in had been ‘champing at the bit’ and he didn’t think their overall performance would be weakened.

“They’re all solid players so we’re looking forward to that,” he said.

Holland said the battle over the first five-eighths spot was always going to be a good one and the more time they got the more they grew.

“Jacko [Garden-Bachop] edged ahead of Fletcher [Smith] a little over the last few weeks so Fletcher gets another opportunity which is cool for him because the more time under the belt the better he is going to get,” he said.

The Sunwolves were a side who had managed some big results over the last few years.

“They can get up for some big games and can be off the mark in some big games so we know that if they put a performance together and we’re off the mark they’ll really hurt us. They’ll live off our errors and turnovers and they’ll play a fast brand of footy so we have to be on the mark otherwise they will hurt us,” he said.

Coming off their bye and having had a chance to assess their win over the Sharks, Holland said there were aspects of their defence where they needed to be better. One was in their kick-chase especially in how they kicked and when they gave the Sharks the ball.

“We’ve looked at that, so in that kick-chase, we can’t in any way be off the mark against the Sunwolves or they’ll hurt us with their counter. We’ve got two or three areas we’ve worked on hard and the bye week has helped us,” he said.

Holland said he hadn’t discussed with All Blacks flanker Ardie Savea his comments to a podcast about playing league in the future.

But they had been talking about how his next few weeks looked and when he was going to get back for the side.

“He’s contributing massively to our environment at the moment, off the field and at training so that’s all we’re worried about and getting him on the field as quick as we possibly can,” he said.

Hurricanes chief executive Avan Lee said he had talked with Savea about his comments regarding league but said so far as he was concerned it was a non-issue. There had been no talks with his agent from the Hurricanes or New Zealand Rugby perspective.

“He said to us he was just delighted to be back around the boys and training and running with them. For us it’s not even a blip,” he said.
Average score: Hurricanes 52 Sunwolves 18 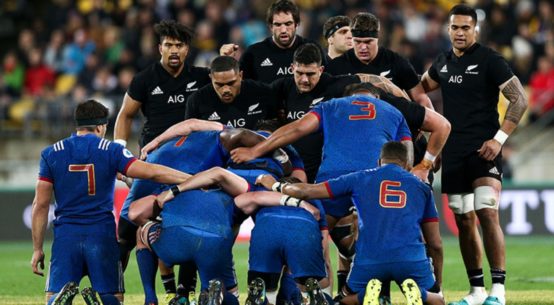