The Waratahs 14 wins out of 20 matches gives them a record of winning 70% of their matches against the Lions regardless of venue.

This weekend the match will be played in Sydney which is home for the Waratahs and the city where the teams have met 10 times.

In those 10 matches played in Sydney, the Waratahs have won 9 matches and lost 1. This gives the Waratahs a record of winning 90% of their matches against the Lions at home.

The average score when the Waratahs play the Lions in Sydney is: Waratahs 38 Lions 13.

The Lions won the last match against the Waratahs in Sydney and the Waratahs have not won at home in these matches since 2014.

Across all venues, the Lions have won the last five matches between these sides.

Fit-again wing Jamba Ulengo will make his first Vodacom Super Rugby appearance for the Lions against the Waratahs in Sydney on Friday.

Ulengo, who joined the Lions after a short stint with the Cheetahs, replaces Courtnall Skosan on the left wing in a purely rotational swap.

There are a further three changes to the starting lineup as Andre Warner starts in place of Morne van Berg, who is on the bench.

Meanwhile, Carlu Sadie replaces Jannie du Plessis, who is left out of the match day squad entirely, and Jan-Henning Campher comes in at hooker for Pieter Jansen. 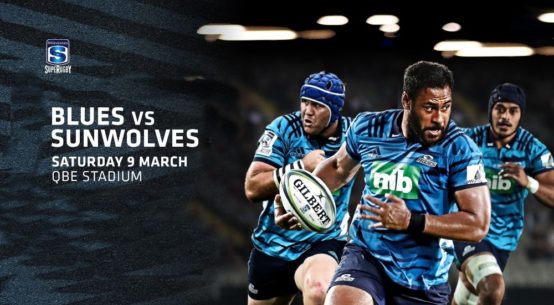