THE STORMERS EDGED THE LIONS 30-33 IN AN ENTERTAINING AND THRILLING SOUTH AFRICAN SUPER RUGBY DERBY AT ELLIS PARK, JOHANNESBURG.

It was only the Stormers’ second win in seven away derbies, giving the visitors their first win over their hosts since 2015.

Stormers Head Coach John Dobson’s men claimed victory from the jaws of defeat, while Lions Head Coach Ivan van Rooyen did the opposite.

QUESTIONABLE CALL BY LIONS COST THEM THE GAME

Critics will question skipper Elton Jantjies’ decision to opt for three points with a 27-26 lead with a few minutes to play.

The call goes against the philosophy of the Joburg franchise, who almost always kick to the corner and look to use their driving maul to score.

Even if the home team did not score, they would have had the opposition stuck on their try-line defending a powerful set-piece with tired minds and tired legs.

Doing this would have allowed Van Rooyen’s men to run down the clock and win the contest.

Defeat, instead, sees the Lions lose their seventh South African derby in nine games, their second defeat of the season.

It was a scorching day which made for a scintillating game as the two sides looked to play free-flowing rugby with pace and intensity.

Willemse also had a hand in Peterson’s second-half try and controlled the game expertly from inside the pocket.

Jantjies kicked two penalties and two conversions to add to his try for a match-haul of 15 points, but it was not enough.

Coetzee and Skosan scored inside seven minutes of each other as the Lions hit back.

Jantjies added a penalty and conversion, but they were shut-out from the 31st-minute of the first half until the 68th-minute when the flyhalf scored and converted his try to make it a four-point game.

Kriel finished off a sublime attack, three minutes later, to complete the comeback.

Jantjies hit the post but slotted 78th-minute halfway-line penalty in what seemed like the winning play to secure the points.

The Stormers, however, had other ideas, going through multiple phases to score after the siren and claim the points.

The first-half end-to-end as both teams a brace of tries in quick succession in a tight, hard-fought South African derby.

Played in 30-degree Celsius weather on the Highveld, the two sides threw the ball around, looking to attack in the wide channels.

The Cape side looked tired as the Lions pinned them back, but it was John Dobson’s men who struck two blows against the run of play.

The Stormers were quickest out the blocks, taking a nine-point lead thanks to tries by Augustus and Masimla, in for the injured Herschel Jantjies.

Jantjies opened the scoring with a ninth-minute penalty, but two tries in the first quarter put the hosts behind.

Jantjies’ penalty was the first points the Stormers had conceded in 169 minutes of Super Rugby, having kept the Hurricanes and Bulls scoreless in their first two matches of the season.

But an error by Wales legend Jamies Roberts from the restart led to the Lions’ first try after several phases bashing at the Stormers’ line.

Coetzee scored in the corner before some ill-discipline by Masimla led to Jantjies setting up an attacking lineout on the visitor’s try-line.

Marnus Schoeman, Ruben Schoeman, Jantjies and Len Massyn all went close as the Lions battered away at the Stormers’ line.

Massyn was held-up trying to go over the line, but the No eight managed to get a pass away to Coetzee to score.

The Lions came again. A well-worked backline move between Coetzee and Jantjies ended with Skosan catching the flyhalf’s little dink-kick to score under the posts and regain his side’s lead.

Jantjies’ conversion made it 15-12, but two late penalties from Willemse put the visitors back in front at the interval.

The Stormers continued the second period where they left off; they scored inside a minute of the kick-off.

Petersen finished off a slick backline move. Willemse switched direction, sending the ball to his right.

The ball was moved to Augustus, on the touchline. The number eight popped a pass back to Petersen on his inside, and the winger raced away to score in the corner.

The Lions’ scrum continued to struggle, conceding another penalty which led to another shot at goal, a few minutes later for Willemse.

The 21-year-old added his third penalty-goal to increase the Stormers’ lead to 11 points in the 47th-minute.

An arm-wrestle ensued as both teams made mistakes in excellent attacking opportunities.

As the afternoon wore on, the heat and altitude started to take its toll on the Stormers. They wilted in the final quarter.

Jantjies scored under the posts and converted to make it 22-26 with 11 minutes remaining.

The Stormers started to creak; the Lions upped the intensity.

They thought they had won the game when Kriel finished off a brilliant team try three minutes later, and Jantjies kicked a long-range penalty.

But there was a twist in the tail.

A three-minute attack, after the hooter sounded, ended with Nel finishing off a sublime move.

It began with a scrum inside the Stormers’ half after a mistake by the opposition and it proved a killer blow for Van Rooyen’s charges.

Dobson’s men did not give up; instead, they went through the phases, using the ball expertly, never getting caught at the breakdown or tackled into touch.

They went several phases, for seemed an eternity, before Nel’s try won the game for the undefeated Stormers. 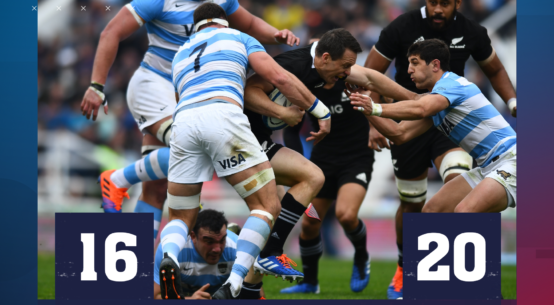 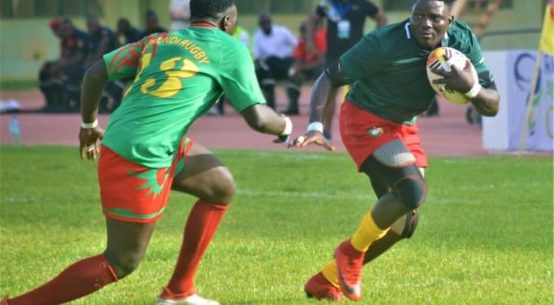