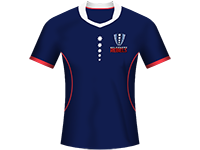 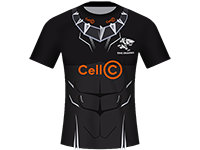 THE SHARKS BEAT THE MELBOURNE REBELS 24-36 WITH A GOLDEN DISPLAY OF ATTACKING RUGBY IN A SUPER RUGBY MATCH PLAYED IN GLORIOUS SUNSHINE AT MARS STADIUM, BALLARAT.

THE SHARKS ARE BACK TO WINNING WAYS AFTER ANOTHER FIVE-STAR AWAY-DAY ON THEIR AUSTRALASIAN TOUR.
Makazole Mapimpi grabbed another Super Rugby brace, either side of the break, as the Sharks withstood a Rebels‘ second-half fightback to claim another road-win of 2020.

The World Cup winner could have had a third but chose to give the ball to Curwin Bosch after a 95-metre counter-attacking score was set-up by Andre Esterhuizen and Bosch.

The 22-year-old flyhalf collected 16 points with four conversions, a penalty, and try in another scintillating game at first receiver.

It was a benevolent gesture by the Springboks flyer, which highlights the team unity and spirit in this young Sharks camp, something that was missing under the previous regime.

A last-minute try by Anaru Rangi took the gloss off a superb display by Sean Everitt’s side as well as an essential bonus-point.

Marika Koroibete and Isi Naisarani also crossed for the Rebels.

THE FIVE-TRY ROMP CONTINUES THE SHARKS STRANGLEHOLD OVER THE REBELS; IT IS THE DURBAN-BASED FRANCHISE’S SIXTH WIN IN EIGHT AGAINST THE MELBOURNE SIDE
Don’t let the 12-point margin deceive you because the Rebels scored one of their tries from an attacking five-metre scrum when the opposition had 13 men on the field.

The other, at the death, when the visitors decided not to engage in contact once the game was decided.

Melbourne had lost their previous six encounters against South African opposition, picking up only one losing bonus-point in that time.

Their misery against the men from the republic goes on after another dismal display.

The Sharks raced to a three-try 12-point halftime lead after tries from Mapimpi, stand-in captain Esterhuizen and Madosh Tambwe.

Koroibete dotted down for the Rebels with a ninth-minute score as Melbourne struggled with the South African’s pace, intensity and power.

The Rebels, however, only managed to score seven points despite having a two-player advantage, and it proved costly.

Naisarani scooped up a loose ball after Koroibete went close but lost possession in the tackle, to reduce the deficit to five with half-an-hour remaining.

But Dave Wessels’ side could not make their numerical advantage count; instead, it was Sean Everitt’s charges which went 19 phases before Mapimpi stretched for his second score with 15 minutes to play.

Esterhuizen, Bosch and Mapimpi all combined for the flyhalf’s 72nd-minute try, which killed the game.

However, Rangi’s try a minute from time was scant consolation for Wessels’ rudderless team.

STRONG WINDS WREAK HAVOC WITH LINEOUTS AND TACTICAL KICKING AS TEAMS TRADE EARLY SCORES
Both teams struggled through the contest with the stiff breeze that swirled around Mars Stadium.

Lineouts proved problematic as the hookers throws could not find their jumpers with regularity, which caused havoc for the attacking side as the opposition counter-attacked from the turnovers.

Sanele Nohamba and Mapimpi combined to give the Rebels an early scare, as well as an indication of what was in store on this chasting day in Victoria.

The attack broke down because of poor passing and handling between the two Sharks, but the visitors opened their account a minute later.

Mapimpi’s sublime score was a carbon copy of South Africa’s first try of the World Cup Final against England in Japan.

The Bok wing slipped Andrew Kellaway’s weak tackle to get his side on the board in the fifth minute.

Andrew Deegan puts Koroibete through a hole, with a well-weighted delayed pop-pass, for the wing’s 18th Super Rugby try.

The Sharks forwards started to get their rhythm going with their rolling maul, and the opposition struggled to contain the power of the South Africans.

A couple of mauls led to Esterhuizen’s jinking score.

The skipper danced his way through the Rebels forwards and around the broken maul before running over halfback Ryan Louwrens.

He then cut inside Koroibete, showed a dummy and charged for the goal-line, carrying Naisarani over the whitewash to regain the lead. Louwrens will have nightmares for weeks after that.

Bosch missed from wide thanks to the windy conditions.

FIRST FIVES TRADE KICKS BEFORE SHARKS STRIKE ON THE STROKE OF HALFTIME
Ox Nche gave away a penalty after the restart for not rolling away at the breakdown.

Deegan, however, missed his shot at goal, but the stand-off slotted another attempt as he and Bosch navigated the wind and traded penalties to make it 10-15 after half-an-hour.

Fassi dropped a high-ball, giving the home team an attacking scrum inside the visitor’s 22′ close to halftime.

The Sharks tackled the Rebels ball-carriers 40 metres backwards from deep inside their 22 to halfway before winning a penalty after the 14th-phase.

It was a massive moment for the Durban side, making a statement on defence which would be called upon again.

A penalty, knock-on, and a missed lineout inside their half conspired to hurt Wessels’ careless side.

A promising position of strength inside the opposition 22 to conceding a try was crushing blow, on the stroke of halftime.

He charged to the goal-line before being tackled by a couple of defenders short of the line. Quick ball was recycled quickly to the wing, who waltzed over.

Bosch’s converted after the hooter.

SHARKS IMPLODE BUT REPEL RUDDERLESS REBELS AFTER GOING DOWN TO 13 MEN
James Venter and Van Vuuren tackled Koroibete but then lifted him in a tip-tackle, which saw the hooker sent to the naughty step.

Everitt’s side’s discipline went AWOL as they conceded a string of penalties for repeated infringements near their goal-line.

Billy Meakes went close, but Esterhuizen held him up; however, the hosts had three more penalty advantages.

Dane Haylett-Petty opted for another scrum under the posts. The visitors were reeling.

Several attacks were kept out, but illegally.

Two more penalty advantages led to referee AJ Jacobs going to his pocket and Tambwe joined his team-mate on the sideline.

Resistance was, finally, broken when Naisarani picked up a loose ball of his boot-laces after Koroibete lost possession in a double-tackle on the line.

The home support got loud, cheering every attack, booing every call that went against them.

Deegan’s conversion boosted his side’s spirits while cutting the deficit to five.

Wessels’ charges did not make their numerical advantage count, and the Sharks managed the clock expertly, holding their hosts to seven.

It was the visitors who, instead, grew in confidence, knowing their defence would keep their opponent’s out, and that they had the firepower to put points on the board.

MAPIMPI MAGIC PUTS AN END TO THE REBELLION
Two more scores in the final quarter of an hour finished the game as a contest.

Mapimpi dotted down from close-range for his second score after a mammoth 19-phase attack.

Eight minutes later, Esterhuizen won a turnover and sent Bosch away down the right channel.

But instead of claiming a deserved hat-trick, the winger waited for his team-mates to surround him under the posts before finding Bosch and giving him the ball to score.

Rangi’s score should have been avoided, but the Sharks were already in party mode.

Talk about a transformation since Robert du Preez and Co. departed Kings Park and Everitt took over: The Sharks are back in business.