When the Covid-19 lockdown began, and the Super Rugby Season was brought to an abrupt halt the teams at  RugbyHeartland.co.nz and WorldFantasyRugby.com came to the rescue to continue the Super Rugby Season by running a total of 80 Virtual Matches with an approximate running time of  80+ Hours of Virtual Rugby.

The season continued with the halt at round 7 on March 20th the VR Super Rugby Comp took over, and now we have finally reached the conclusion.

The Crusaders have emerged as CHAMPIONS, after finishing the round-robin season in 7th place they had to travel to Wellington to take on the 2nd placed Hurricanes and they left with a narrow victory in the Qualifier final by 19 – 06,  this set up a semi-final against the Blues at Eden Park another road trip , yet another victory by a convincing 32pts to 7.

This setup an enthralling Grand Final against the Chiefs who had previously as Round 18 had traveled to Christchurch to upset the Crusaders on their home patch by a score of  41-07 Try Bonus pt victory .

The Crusaders then had the opportunity to return the favour, but this time more was on the line,  a Championship, and the chance to give the Chiefs the feeling of defeat on their home patch only to magnify it by it being the Grand Final.

The Crusaders though had the a hurdle to overcome when Richie Mo’unga went down with injury with only 6 minutes on the clock being replaced by Brett Cameron.

Who immediately was put on the front foot by attempting a penalty after a high tackle from McKenzie, from out wide he pushed the attempt left of the posts.

He had the opportunity minutes later after  Jordan went over the first of 2 tries in the match again missing once again to have the Crusaders leading though 5 nil.

The Chiefs struck back in the 15th Minute with a well executed move that saw Lachlan Boshier cross under the posts to score and McKenzie had a relative easy conversion in front to take the lead 7-5.

With the forward battles continuing in the 22nd minute the Crusaders got their second try of the final , with Codie Taylor being bundled over the tryline by the posts for a 10-7  lead, Brett Cameron then got on board to give the Crusaders a 12- 7 lead.

Minutes later the Chiefs were pinged on the 22 for holding on and Cameron had a penalty chance around 25 metres out in which was successful and got the Crusaders out to an 8 point lead with a impressive penalty goal.

The Game opened up at the 34th minute mark when  Tom Sanders took a great inside pass on the half way mark to find a gap and run the 50 metres to cross the line un-touched in the moment of the first half. To take a 20-07 lead  over the hapless Chiefs. Brett Cameron lined up the conversion but pushed it left of the posts.

On the 38th minute Crusaders suffered another injury when scrumhalf Mitchell Drummond went down with a shoulder injury to be replaced by Finau.

With only minutes left on the clock in the first half Brett Cameron got pinged for a high tackle, Damien McKenzie lined up a penalty kick from out wide to slot it through the middle to narrow the gap.

On the Restart with injury time in play Sam Whitelock got a great pass to crash over the line next to the posts, giving Cameron an easy conversion, to leave the field up 27-10 at half time.

The second half began in the worse possible scenario for the Chiefs when Te Toiroa Tahuriorangi went down injured but with Brett Weber on the bench they had a reliable replacement.

Aaron Cruden got the Chiefs fans excited once again when scoring an amazing individual try in the 41st minute to narrow the gap to 15-27, McKenzie once again lined up the conversion from out wide and again was successful.

The Crusaders went back on the offensive and minutes later after intensive pressure on the Chiefs defence, Sevu Reece crossed the line form close in to score out wide and Cameron again had a wide conversion to contend with , though this time he was on the mark to give the Crusaders a lead of 34-17.

The Chiefs still shocked by strength of the Crusaders on going attacks were shaking again when Codie Taylor went over for his second try of the final in the 47th minute to send the score out to 39-17 in favour of the southerners.

Brett Cameron once again showed that he maybe a reliable replacement for Mo’unga but he misses the conversion, 39-17 to the Crusaders and it now looks like the the engraver is busy at work.

Brett Cameron gets penalty from far out to send the Crusaders to an impressive 42-17 lead.

With Time up scrumhalf replacement Brett Weber  goes over to score literally a consolation Try for the Chiefs and McKenzie converts easily, but it is the Crusaders who will go on to claim the glory.

The Referee blows his whistle ! it is Over ….

The Crusaders have come from finishing 7th after the irregular season and traveling away for a Qualifying Final a Semi Final and then the Final to be crowned the 2020 Virtual Super Rugby Champions….. 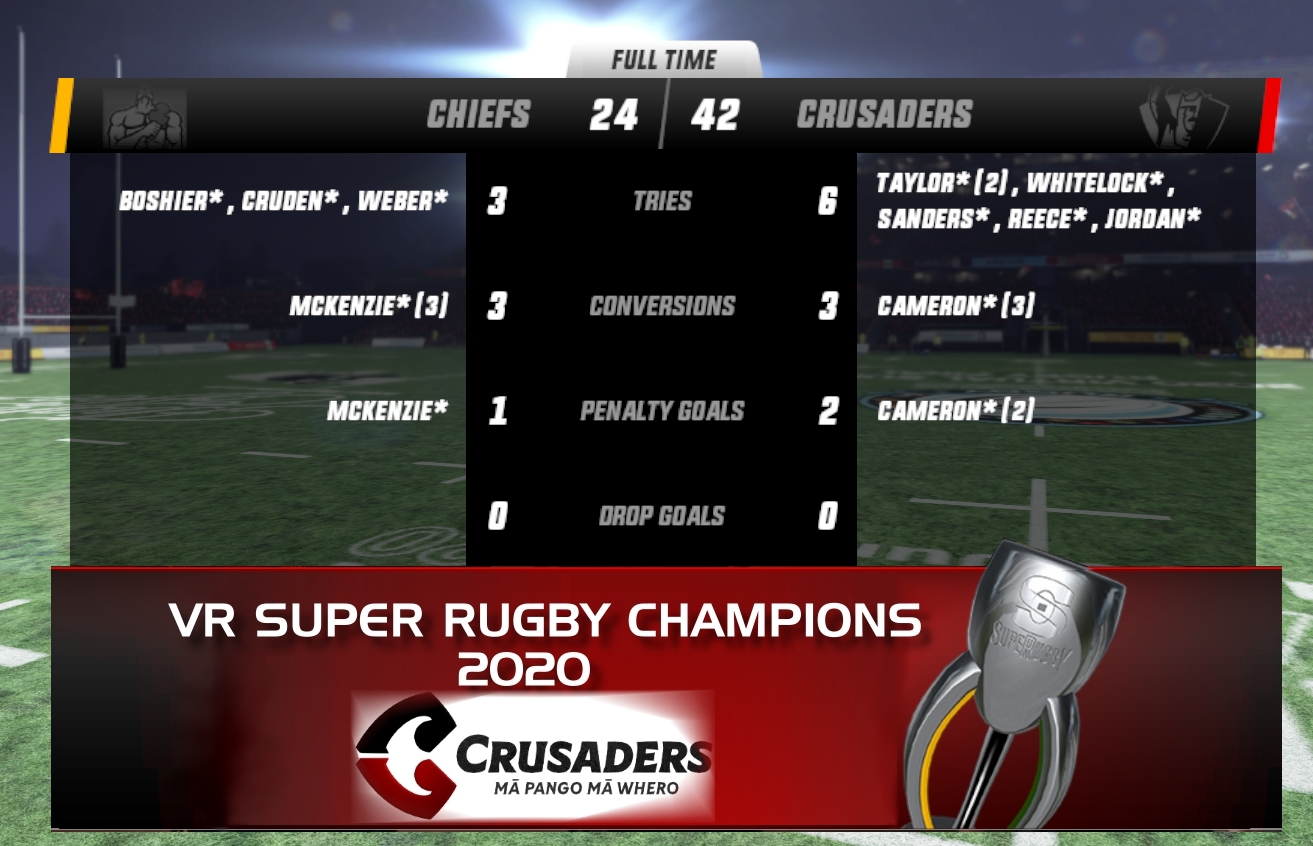 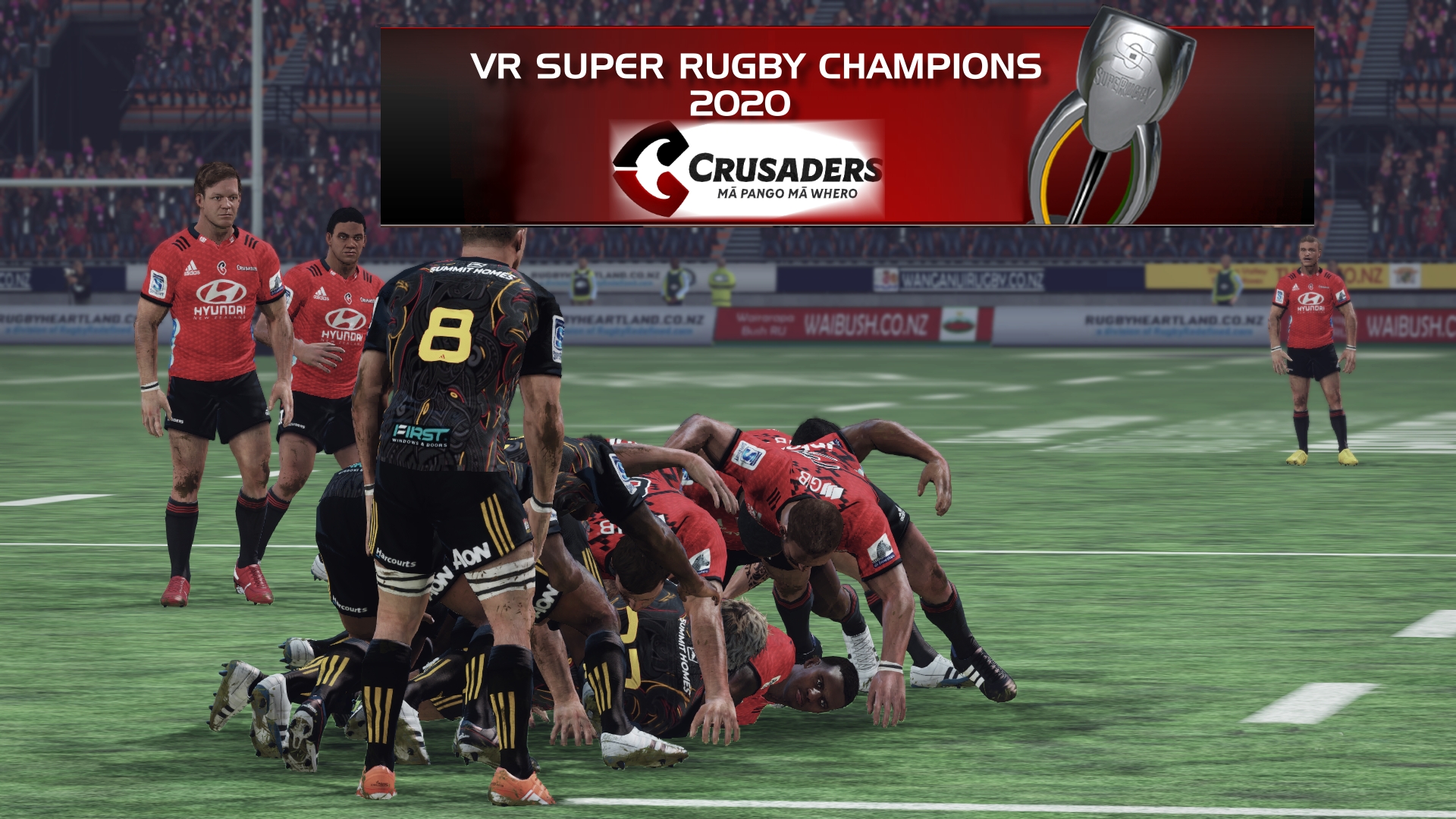 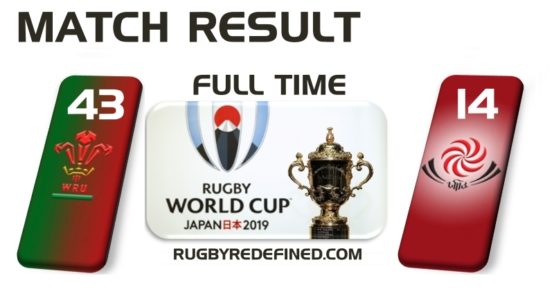