It’s been a long time coming but the Blues announced their return to the realms of competitiveness with a first win in 10 years in Hamilton to beat the Chiefs 24-12 in Super Rugby Aotearoa.

Scoring two tries to none, the Blues also managed a fifth consecutive win on the road, a franchise record, which took them to the top of the competition ladder.Failing to derive reward from opportunities created, the Chiefs suffered their second loss, with their main concern falling off the pace in the final quarter.

Dominating possession and position for most of a rain-racked first half, the Chiefs could only secure three penalty goals to fullback Damian McKenzie. That was no surprise given 10 penalties the Blues conceded to only three by the Chiefs. By conceding only two in the second half, they saw the Chiefs concede another six which cost them in the final count.

The Blues first half indiscipline brought its punishment just on the halftime hooter when flanker Dalton Papalii was binned for having a second go at securing the ball in the ruck. Referee Ben O’Keefe’s warning had been issued earlier and it was the only option.

However, the Blues, with the fewer chances, looked the more likely to score with some compelling continuity play, yet they had to make 68 tackles compared to 39 for the Chiefs.

But it was the individual kicking brilliance of fullback Beauden Barrett, who sliced a penalty kick to within a few metres of the Chiefs’ goalline. Winning the lineout and then building momentum with three consecutive driving rucks, it was the forward of the first half, No.8 Hoskins Sotutu, again demonstrating his emerging class, who ploughed through the defence, with a helpful shoulder from Ofa Tuungafasi, to score beneath the crossbar.

Driving rain resulted in both sides looking to put the ball in the air in the hope of forcing errors, but by and large, it proved a fruitless option, certainly in creating scoring opportunities.

Home loose forward Lachlan Boshier proved a superb ferreter at the breakdown but he and Luke Jacobson were guilty of second-half infringements.

Efforts by the Chiefs to pressure the Blues in Papalii’s absence foundered on the fine application of the visitors who handled the situation in a manner that demonstrated how far the Blues have come in 2020.

Applied continuity play kept them in the Chiefs half until Papalii returned. Key hands were played by wing Mark Telea, Barrett and Sotutu, who were all contributors in taking the ball forward.

Exchanges of penalty goals kept the sides close in the third quarter but as the Blues began to dominate territory a 63rd minute dropped goal by Barrett, who had moved to first five-eighths, took the Blues out to a four-point margin and five minutes took it out to a seven-point lead.

Chiefs No.8 Pita Gus Sowakula had an outstanding night on defence and had some unlikely allies in the inexperienced locks in Tupou Vaa’i and Naitoa Ah Kuoi.

But as the crunch went on, Blues captain and lock Patrick Tuipulotu stepped up with some outstanding runs with another experienced hand, hooker James Parsons always in support.

It was Tuipulotu who was on hand when wing Caleb Clarke veered back inside on a strong run. He set up the ruck and it was Sotutu in the backline who threw a miss-out pass that gave Telea just the right amount of room to get to the goal-line. 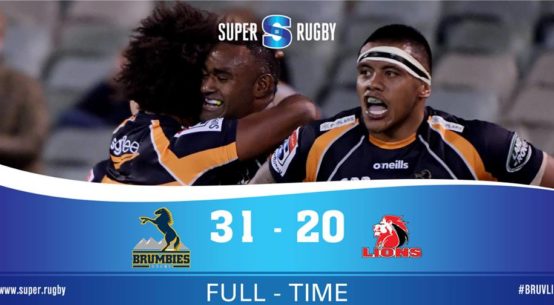