Patience and power saw the Blues open their Sky Super Rugby Aotearoa campaign with a 31-16 win over the Hurricanes in Wellington on Saturday.

Neither side had reason to be happy with the quality of their play, the Hurricanes especially so when on the wrong end of a 12-15 penalty count. But, for all the scrum power the Blues have acquired, they were unable to utilize their advantage during a frustrating first half.

In the end, however, the size of the Blues pack, combined with their speed on the break, accounted for their victory.

It was a lightning start to the game, a try apiece within the first six minutes. The Blues scored first after the second of two strong runs by left-wing Caleb Clarke, which drew support from fullback Stephen Perofeta and centre Rieko Ioane. An attempted in-field pass by Ioane went to the ground for Hurricanes No8 Devon Flanders to secure.

But, as the Hurricanes attempted to run out from their goal-line, the ball bounced off flanker Vaea Fifita’s chest for Blues flanker Dalton Papalii to race through and collect the ball to score.

Then, the Blues undid their work by failing to secure the restart. That allowed the Hurricanes to use their strong runners, second five-eighths Ngani Laumape and Fifita to effect. They moved the ball back across field where hooker Asafo Aumua had enough room to break a tackle, go to ground without being held, and then get up and go again to score the try.

Scrum dominance became obvious early for the Blues, and it was more the case after lock James Blackwell was sin-binned for off-side during a sequence of seven penalties conceded. However, No8 Hoskins Sotutu was unable to create impetus off the reduced Hurricanes scrum and an opportunity died on the back of yet another turnover play from match centurion and skipper Ardie Savea on the goal-line.

As so often happens, the Hurricanes cleared the line and after winning a penalty near halfway, they claimed the lead in the 38th minute when fullback Jordie Barrett slammed a 50m penalty goal, followed a minute later by another from 45m.

The second half started better for the Blues and when Akira Ioane pushed off Ardie Savea’s midfield tackle attempt, he flowed through the gap to feed Papalii to carry the ball on.

In the following ruck action, Black was able to loft a cross-field kick to the unmarked Clarke who ran the ball around close to the posts for the Blues to reclaim the lead.

More evidence of overdue Blues fluidity came after a powerful lineout maul rumbled toward the line, eliminating replacement loosie DuPlessis’ Kirifi to a yellow card. From the five-metre scrum, the ball was moved, under penalty advantage, for Black to run into space and feed Perofeta over for their second try in five minutes.

But inspired by some impressive leadership with the ball in hand from Ardie Savea, who had a try disallowed when unable to ground it over the line the Hurricanes kept the pressure on. They had their reward when opting for a lineout from the penalty, the Hurricanes had their maul split and from the less-guarded breakaway group, Aumua emerged to score his second try.

A penalty goal with six minutes left from Black gave the Blues an eight-point advantage that was soon extended to 15 points when a Barrett foot pass across the field was not controlled by wing Wes Goosen. The ball rebounded forward, and off, replacement centre Peter Umaga-Jensen.

Rieko Ioane took the ball and beat a tackle to run 60m unchallenged for the try to secure the win. 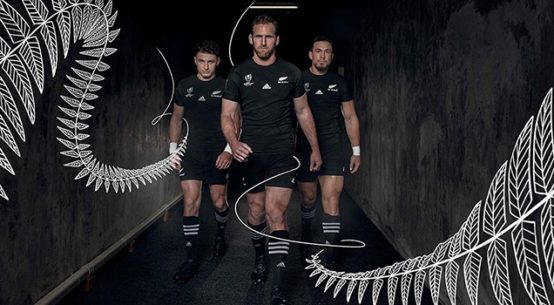