Skip to content
You are here
Home > Blues > Round 3 Preview: Blues v Highlanders (2021)

With the alert levels in Auckland shifting to Level 1, fans around the Auckland region will have the opportunity to pack into Eden Park as the Blues get set to host their first home game of the Sky Super Rugby Aotearoa season against the Highlanders.

TIGHT HISTORY
Since the beginning of Super Rugby back in 1996 only three games separate the Blues and the Highlanders. The Blues having won 19 matches and the Highlanders 16. Their most recent encounter at Eden Park last season was a humdinger and we no doubt will see a similar match on Sunday afternoon. The Blues got off to a flying start, but the Highlanders clawed their way back in the second half and only just fell short 27-24 in what was a brilliantly tight encounter. And while their last match saw the Blues win slightly more convincingly in Dunedin, the Highlanders are looking sharp, and it promises to be just as tight as their head to head results.

SEVENS STARS
All Blacks Sevens stars Jona Nareki and Caleb Clarke have lit up the competition over the last season. Nareki’s sensational man of the match performance against the Chiefs last weekend has been the talk of the town this week and it’s going to be exciting to see who takes out the battle of the wingers at Eden Park. The Blues have only had one game this season, so not a lot has been seen of Caleb Clarke, but we know what he’s capable of with ball in hand. Both have come out of the Sevens system and have made their mark on the 15s game.

MILESTONE FOR BLACK
Blues pivot Otere Black and Highlanders winger Solomon Alaimalo with both bring up their 50th Super Rugby cap on Sunday afternoon. Black started his Super Rugby journey with the Hurricanes in 2015 before moving up north to the Blues for the 2019 season. The Māori All Blacks first five-eighth has become a mainstay in the Blues number 10 jersey for the last couple of seasons, and his team mates will be hoping to celebrate his milestone in style.

STATCHAT (Opta)
The Blues have won their last four completed Super Ruby home games on the bounce, the last time they enjoyed a longer winning run on home turf was a five-match span in 2014.

Jona Nareki has gained 138 metres per game this season, 47 metres more than any other player. The Highlanders winger scored a hat-trick and ran for a Sky Super Rugby Aotearoa record 192m in his side’s Round Two win over the Chiefs. 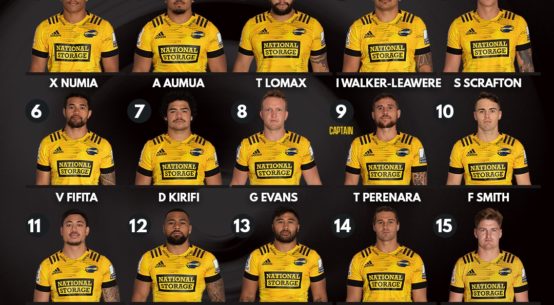