Crusaders’ power rules again as a fifth consecutive Super Rugby title, and the second Super Rugby Aotearoa version, was secured in a stirring, frenetic, final 24-13 win over the Chiefs in Christchurch on Saturday.

They were pushed all the way for 65 minutes, but first five-eighths Richie Mo’unga’s goal-kicking boot carried them clear of the seven-point margin forcing the Chiefs into taking risks.

And, at their last chance 90seconds from the end, a knock-on by replacement halfback Te Toiroa Tahuriorangi, five metres out from the line spelled the end of a spirited Chiefs effort.

It was a demanding, physical, contest and will rank with anything the Crusaders have achieved before.

Undeterred by having two players in the sin-bin, the first time they had suffered that fate in a final, the Crusaders allowed no advantage to the Chiefs and, as the time ran down, Mo’unga took charge, both in distribution, running, astute kicking and also fine pressure tackling, especially after downfield kicks.

For the Chiefs, the winning run they had enjoyed came to a stop as many other finalists have suffered in the past against a Crusaders side who extended their playoffs success to 25 out of 25.

The extra bonus they have enjoyed through the goal-kicking of fullback/first five-eighths Damian McKenzie lapsed on the night as he missed three penalty goals that were kickable by his usual standards.

The Chiefs attempted to build field position early, but their good work was undone by flanker Ethan Blackadder, a powerful driver at the Chiefs defence all night, who took an intercept to set in train the play that saw the Crusaders open the scoring with a try to wing Sevu Reece six minutes into the game.

It also included a reminder to the Chiefs when in the build-up play prop Aidan Ross was offside allowing a kick to the corner which was all the Crusaders needed to put their lineout advantage to use to provide the foundation for Reece.

McKenzie ensured they stayed in touch when landing a 14th minute penalty goal, bringing up his 101 points for the season in the process.

But the Crusaders’ response was immediate. From the restart, centre Leicester Fainga’anuku, who was a bullocking presence around the advantage line throughout the half, blasted his way through the Chiefs defence.

From the ruck in which he was tackled, second five-eighths David Havili slipped a perfect kick into the Chiefs’ red zone. The bounce beat McKenzie and on hand to pick it up was Crusaders fullback Will Jordan who scored his eighth try of the season.

Chiefs’ determination wasn’t lacking however. The Crusaders were penalised and Chiefs first five-eighths Bryn Gatland put a superb kick to the corner and the Chiefs made the most of it by playing a 13-man lineout.

The ball emerged and, while halfback Brad Weber was having an HIA, his replacement Tahuriorangi went one way from the ruck before moving the ball to the right where second five-eighths Alex Nankiville, who started impressively, took the ball to the line, got his body through and then back-handed a ball to McKenzie.

He put in a speedy burst to get to the corner just ahead of the defence before adding a sideline conversion to get the Chiefs within two points by the end of the first quarter.

The Chiefs went close 32 minutes into the half after untidy ball in their own 22m area saw Gatland spot a gap and take it at speed to set in train a breakout that ended with wing Jonah Lowe forced out in the process of diving at the corner. However, a TMO check showed Lowe suffered a blow to the face from Jordan and a penalty was awarded.

The Chiefs couldn’t secure from the resulting lineout and the Crusaders cleared, picking up a penalty goal chance that Mo’unga landed.

McKenzie finally landed one to get the score to 15-13.

Yet, while the Crusaders played five minutes with two men in the sin-bin, hooker Codie Taylor for a tackle on an airborne McKenzie and Reece for a tackle to replacement Chase Tiatia’s head, it was the champions who scored, courtesy of a Mo’unga dropped goal in the 63rd minute. And before Reece returned, Mo’unga added a penalty goal, also bringing up 101 points for the season. 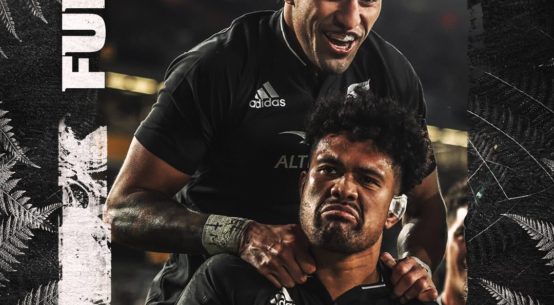