The Chiefs can cancel their flights to South Africa today, with a home Super Rugby final secured, courtesy of the Sharks.

Winger Louis Ludik and centre JP Pietersen scored tries for the Sharks, who not only had to break down the best defensive side in the competition but also overcome an exhausting travel schedule.

Michalak, capped 56 times for France, played with immense composure and variety and ended up with 16 points after also adding two conversions and two penalties.

He was given an easy ride by the Sharks forwards, who dominated the contact areas and set piece, while their marauding loose forwards and rampaging hooker Bismarck du Plessis made plenty of ground with the ball.

”The boys put their bodies on the line and it was tough coming to Newlands having spent last week in Australia,” said Sharks captain Keegan Daniel, whose side travelled to Brisbane to beat the defending champion Queensland Reds last week.

”But the boys showed resilience. The front row and the tight five really put their hands up.”

The Stormers opened the scoring against their South African rivals when lock Eben Etzbeth barrelled over the top of du Plessis and set up a penalty that first five Peter Grant easily converted.

The Sharks then seized control of the game, pinning the Stormers back in their own half and going ahead with a penalty and drop goal.

Ludik grabbed the opening try for the Durban-based side when he caught a high kick from fullback Riaan Viljoen, stepped inside and raced away to the line.

Grant, however, reduced the deficit right on halftime when he landed a second penalty to narrow the score to 13-6.

Michalak extended the lead early in the second half when the Stormers were penalised for collapsing a rolling maul from a lineout.

Grant again reduced the deficit with another penalty but Michalak decided the game when he shaped for another drop goal before darting into attack and passing the ball to Pietersen.

The centre’s shimmy outside and step inside parted the Stormers’ defence and he sped away for the try which, when converted, gave the visitors a 23-9 lead with 20 minutes remaining.

The Stormers seized on the Sharks lethargy in the final quarter, however, and stretched the Sharks left and right through 13 phases before winger Gio Aplon dashed through to score.

Grant added the extra points and kicked another penalty from in front of the posts to leave the Stormers just four points behind with eight minutes remaining.

Michalak, however, was again given a wonderful platform by his forwards and kicked a 76th-minute drop goal from 30 metres out to seal victory and set up a final against the Chiefs in Hamilton next Saturday.

”It’s going to take a while to get over this, but we can only blame ourselves, we had 80 minutes to prove we were good enough and we came up short,” Stormers captain Jean de Villiers said.

”We get such good support but we don’t have a cup to show for it – that’s what makes it tough.” 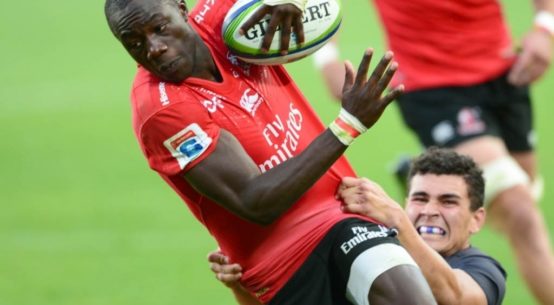