The Springbok selectors on Saturday included five uncapped players in a 30-man Springbok squad for The Rugby Championship.

The DHL Stormers loose forward, Siya Kolisi, and MTN Lions prop, Pat Cilliers, join JJ Engelbrecht (centre/wing), Elton Jantjies (flyhalf) and Jano Vermaak (scrumhalf), who  were all part of the Springbok squad for the June series against England, but did not make an appearance.

There was also a recall for DHL Stormers lock Andries Bekker after two years on the Test sidelines because of injuries.

The Springbok squad will assemble in Cape Town on Sunday to begin preparations for their opening Test of the new Southern Hemisphere competition, on August 18 against Argentina at DHL Newlands.

Bekker, the tallest player ever to represent South Africa in a Test at 2.08m, is back in the squad for the first time since July 2010. He missed the 2010 end-of-year tour, as well as the entire 2011 season and Castle Incoming Tour against England in June because of injury. He has 24 Test caps and brings valuable experience to the pack of forwards, four of whom made their Test debuts against England.

Cilliers is rewarded for his good form during the Vodacom Super Rugby competition for the MTN Lions. He is a specialist tighthead prop, but can also play on the loosehead side of the scrum.

Kolisi, one of the ‘Young Guns’ who trained with the Springboks in June, is now formally included in the squad. He represented the SA Under-20 team in 2011 and made his Vodacom Super Rugby debut this year.

“It is important for us to build continuity in our squad, which is why we did not make too many changes,” said Springbok coach Heyneke Meyer.

“Andries was always in the selection frame, but got injured shortly before England arrived and was not available. It’s good to have him back. Pat and Siya were also part of our thinking earlier in the season and have forced their way into the squad with consistently good performances in Vodacom Super Rugby.”

Meyer is excited about the forthcoming series against Argentina, Australia and New Zealand.

“It’s a big challenge, playing six Tests against the best teams in the world in eight weeks and we now have to ensure we improve on how we played against England,” he said.

“It’s still early days for this team, but we are excited about what lies ahead in a brand-new competition that promises to be very testing.”

The squad of 30 will be trimmed to 26 for the Springboks’ trip to Mendoza, where they play Argentina on August 25. A decision on which four players will not travel to South America will be announced after the Test at DHL Newlands.

If needed, the national selectors can make further changes to the squad upon their arrival back from Argentina for the two away Tests against Australia and New Zealand in September.

“Other injured players such as Jaco Taute, Johan Goosen and Duane Vermeulen are also in our plans, but are still out with injuries,” said Meyer. “All of these injured players, as well as other players we have identified, could be considered for selection at a later stage in the competition depending on their recovery and the needs of the squad.”

Two further players who were part of the squad in the series against England, Wynand Olivier and Ryan Kankowski, have signed contracts to play their rugby in Japan and were also not considered.

The Springbok squad is: 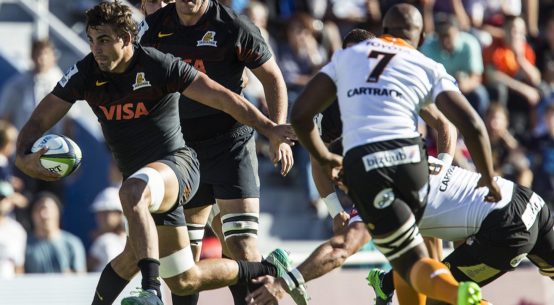