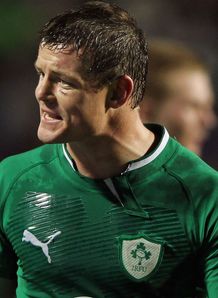 In the backline, Gordon D’Arcy and Brian O’Driscoll will partner each other in the centre for a world record 48th time at international level.

Rob Kearney returns to international rugby and starts at full back to win his 42nd cap with Simon Zebo and Craig Gilroy named on the wings.

Second rows Mike McCarthy and Donnacha Ryan will start a championship game together for the first time, with McCarthy making his first start in the tournament having featured as a replacement last season.

Sean O’Brien returns to the starting team after missing the November internationals in a back row that includes Peter O’Mahony and Jamie Heaslip, who will captain Ireland in the RBS 6 Nations Championship for the first time.