The British and Irish Lions recorded their third win of their Australian tour with a comprehensive 64-0 victory over a Combined Country XV on Tuesday.

As billed in the pre-game, this was a walkover that added weight to the notion that midweek matches in Australia do little for the Lions’ preparations.

Ten tries were scored in all by the tourists, but how much we can read into personal showings is a grey area. Credit where credit is due though, George North was again impressive in his first-half effort before being withdrawn by Warren Gatland. He seems assured a starting Test spot.

In fact the Lions were 38-0 up at the interval after scores from Alex Cuthbert, Conor Murray, Stuart Hogg, North (2) and Richard Hibbard got them going. Hogg was impressive against the hosts while Justin Tipuric and Sean O’Brien were also prominent in the early action, putting even more pressure on watching captain Sam Warburton.

Strangely though, things were less fruitful following the turnaround, which was unexpected due to the hosts’ lack of preparation time and a possible fitness gulf between the sides.

This weekend the squad will take on the Waratahs in Sydney who, despite being without their Wallabies contingent, will pose a much sterner test than this canter in Newcastle.

The Lions opened matters at Hunter Stadium in the eighth minute when wing Cuthbert raced over on the right touchline after the ball had been worked quickly from the left.

It was the start of an early purple patch for the Lions as two more tries soon followed. Murray crossed under the uprights following Cuthbert’s nice run and offload and when Hogg raced over from 30 metres, the scoreline was 19-0 with just sixteen minutes on the clock.

The Combined Country team then threatened the Lions try-line but for no reward before a splendid 65-metre try featuring full-back Sean Maitland and North led to the in-form Welsh winger trotting over for his first of two tries. As he has all tour, North was proving a threat.

Hooker Hibbard scored a pushover try before North’s double made it a 38-0 at half-time.

The Lions were held to 26 points in the second-half by the dogged home side, who showed great pride in doing their best to stem the red tide. That ultimately has left the Lions needing to reflect on their showing after the break, with the line-out one notable area requiring work. 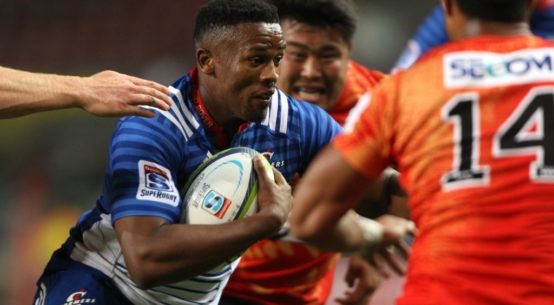