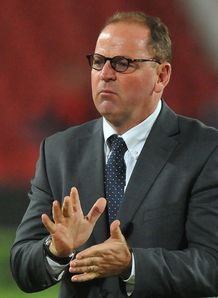 The Sharks have confirmed the appointment of former Brumbies coach, Jake White, as their new director of rugby.

White’s tenure will be effective from the end of October 2013.

The Sharks CEO John Smit expressed his delight at the imminent arrival of the Springboks’ 2007 World Cup winning coach at the Durban-based franchise.

“We are immensely happy to confirm the appointment of Jake White as our new Director of Rugby,” he told The Sharks’ official website.

“We formed a formidable relationship during my playing career and I am delighted to re-establish that partnership, which is in line with our vision to take The Sharks to the next level.

“Jake is an experienced coach whose track record speaks volumes about his ability to rally his team and get the best out of them. We are pleased that he has decided to join The Sharks.”

Smit also shed light on the role of the Sharks’ current director of rugby, Brendan Venter.

“Brendan Venter’s commitment to me was to drastically change our players’ environment which we think he has done with extreme success,” he said.

“Brendan has no written contract with The Sharks which is a testament to his character and his positive motives in coaching us and we will do whatever we can to keep him involved with us for as long as possible, in any capacity.”

Further information pertaining to the appointment will be released later on Monday.