Captain scores try and wins Player of the Match award in deserved success for Tonga as USA equal their longest losing run in World Cup games.

HANAZONO, 13 Oct – They are both heading home from Rugby World Cup 2019 now, but it is Tonga who do so with a win to their name after a 31-19 victory against USA on Sunday.

In a match between the Sea Eagles – that’s Tonga – and the Eagles, captain Siale Piutau achieved the result he craved on his 34th birthday in what was his farewell to international rugby. And to put the icing on the birthday cake he scored their third and final try, was named Player of the Match, and even kicked the final conversion in added time.

Both teams had been beaten by England, France and Argentina, and in losing all their pool matches for the second World Cup running the Americans have equalled their worst-ever sequence of 10 successive defeats in the tournament.

The Pacific Islanders were themselves trying to avoid a record sixth straight loss, and after coming so close against the French last weekend they thoroughly deserved the win.

With Osaka, Japan’s second largest city, only on the fringes of the devastating Typhoon Hagibis the match was given the go-ahead after an early-morning inspection of the venue and associated infrastructure.

Conditions were fine underfoot despite Saturday’s heavy rain, and a stiff wind was the only real issue come kick-off time at the 24,000-capacity stadium, the oldest dedicated rugby ground in the country. There was a minute’s silence for those who lost their lives in the typhoon.

Tonga had most of the early play and came close when full-back Telusa Veainu broke through only for his pass to go behind the two men waiting outside him.

Their pressure finally paid off after 16 minutes when prop Siegfried Fisiihoi barged over to give them a lead for the first time in the tournament. Sonatane Takalua converted.

Five minutes later Te’o was over again. A long pass after a lineout left him with a clear run, but MacGinty’s missed conversion left it at 12-7.

Fisiihoi was almost celebrating his second try after 34 minutes, but after taking the pass from Takalua he dropped the ball when tackled inches short of the line.

Veainu should have set up a try after 45 minutes, but in a clear two-on-one he passed too far in front of winger Viliami Lolohea and the ball went out.

It was nearly all Tonga at this point, with the Americans already having made more than 100 tackles, and a Takalua penalty five minutes later reduced the gap to two points.

The Eagles did manage to take play down the other end, but it led to the Pacific Islanders’ second try. A knock-on gave Veainu the opportunity to kick downfield. He won the race to the ball and found winger Atieli Pakalani, who had centre Malietoa Hingano inside him, to score from 25 metres out.

Takalua’s last involvement was the conversion for 17-12, but he was soon able to cheer from the sidelines as Piutau went through a gaping hole in the defence for a try, pictured above, that was celebrated with much emotion.

With James Faiva’s conversion it was suddenly 24-12 with 17 minutes left and although USA flanker Tony Lamborn scored at the base of the posts with three minutes remaining, Veainu added the bonus-point fourth try in stoppage time and Piutau was allowed to take the conversion. 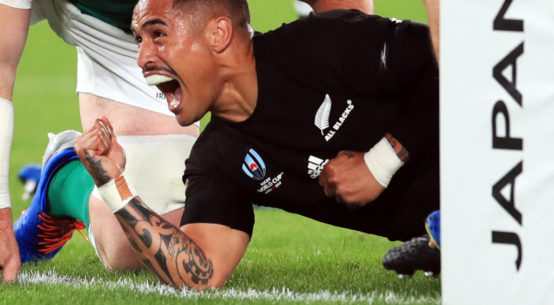 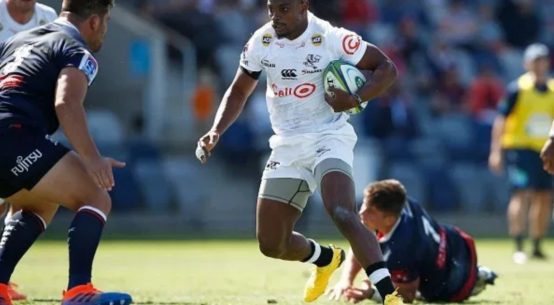