While Pool C might be the Rugby World Cup‘s ‘Pool of Death’, Pool D isn’t far behind. There are two clear favorites in Australia and Wales but Fiji are hot on their heels and Georgia are not inclined to be a stroll through the park in a cool breeze. Uruguay look destined to be at the bottom but ironically might be the most improved side since RWC 2015. On the surface this pool is predictable. That sets the perfect stage for an historic upset.

The Wallabies have not been a good team since RWC 2015. Odd selection calls, off-field controversy, and a perceived lack of interest on the field has contributed to their losing record in that time period. It’s impossible to write them off, however, with their stunning shutout of New Zealand in the Rugby Championship a reminder that there is world class talent present when they feel like showing up. Convincing isn’t the right word for Australia. Confounding might be.

Head Coach: Michael Cheika (age 52, Australia, record 31-30-2) – Half genius, half raving lunatic. You won’t find a more entertaining subject on coach-cam. Cheika seems to understand how to make his team tick, but getting them to do that on a consistent basis has been a real problem. He also had a tendency to pick some questionable favorites, though that seems to have been ironed out now that he has a defined selection committee around him.

Captain: Michael Hooper (flanker, age 27, 95 caps) – An outstanding openside who plays right on the edge and sometimes takes it a step too far. Hooper can generally be found in the middle of everything. He’s not just a ‘lead by example’ type though, he does more than his fair share of talking. The back row balance will be a hot topic with another brilliant openside in David Pocock certain to start alongside him.

One to Watch: James O’Connor (center, age 29, 48 caps) – A decade ago he was a teenage sensation with the world at his feet. By the end of 2013 he effectively washed out of international rugby, his off-field behavior rendering him from future great to could-have-been. Six years in Europe seems to have straightened him out, and now he has reinvented himself as an elusive midfielder. It’s a remarkable story with the next chapter titled ‘Japan.’

Notable Absentees: No player is above rugby’s code of ethics, even the lavishly-talented Israel Folau. His antics have cost the team arguably their best player. Quade Cooper didn’t sell the selectors in his return to Super Rugby, while big Willie Skelton‘s contract with Saracens made him unavailable under the ARU’s selection policy. Tatafu Polota-Nau could have been picked, but Chieka opted for the controversial Tolu Latu at hooker.

There is no spectacle in rugby like the Fijians in full flight. To a man they have outrageous handling skills and have backs the size of forwards who can move faster than should be humanly possible. The scrum has improved beyond sight though their lineout remains a concern. After beating France in November there is real hope that they upset one of the big guns in Japan.

Head Coach: John McKee (age 62, New Zealand, record 24-14-1) – Has managed to harness Fiji’s unpredictability while adding structure and discipline in defense and the set piece. It’s far from job done, but McKee has made massive progress since taking over in 2014. His calm demeanor and professional approach has been a perfect fit for the laid-back Fijians.

Captain: Dominiko Waqaniburotu (flanker, age 33, 48 caps) – While his electric back row mates are thrilling the crowd, the savvy veteran is doing the dirty work. A classic blindside who clears rucks and makes big hits, but he can also go for a run when given the chance. McKee’s on-field lieutenant charged with keeping his team focused on the task at hand.

One to Watch: Frank Lomani (scrumhalf, age 23, 12 caps) – Relatively new to the side but already certain of his place in the run-on side. Turned down a Super Rugby deal his past year to concentrate on his international ambitions, he’ll join the Melbourne Rebels following the tournament. Lightning quick but also a strong distributor.

Take the Lelos lightly at your own peril. Their scrum remains among the world’s elite and while they aren’t the most challenging side with ball in hand, they can be a difficult puzzle to solve in defense. Overall, however, this looks like a team that is aiming more towards RWC 2023 with several youngsters included and a few old timers getting a victory lap.

Head Coach: Milton Haig (age 55, New Zealand, record 57-28-2) – Now in his 8th year with the team and heading to his second World Cup. Haig has built on Georgia’s strengths in the forwards and has tried to add some flair to the backline where possible. Ushering in a promising new breed of talent looks to be his intent this time around.

Captain: Merab Sharikadze (center, age 26, 63) – Enters the tournament with an injury cloud around him and the Georgians will be hoping he is ready to go. A classic running midfielder with good footwork and excellent leg drive on contact. He is a fearsome defender who can lift the side by winning collisions against bigger men.

One to Watch: Tedo Abzhandadze (flyhalf, age 20, 9 caps) – One of the great hopes of the next generation. He is small in stature but possesses a booming right boot both out of hand or off the tee. It’s his attacking play that makes him special. Has the speed and dancing feet to take on the line, or can equally fire a miss pass of either hand.

Notable Absentees: Bruising flanker Vito Kolelishvili (long-term concussion) and his in-form replacement Giorgi Tsutskiridze (ankle) have both been ruled out. Wasps prop Zurab Zhvania was dropped for poor conditioning, while all-time scoring leader Merab Kvirikashvili looks to have reached the end after being left out.

Their form has been inconsistent since defeating Canada in the qualifiers, but this version of Los Teros are considerably better than that of 2015. There is greater depth, an array of youthful talent, and more professionals than ever before. Achieving a victory will still require an extraordinary effort but this team will win over the fans with their new-found love for expansive rugby.

Head Coach: Esteban Meneses (age 47, Argentina, record 27-12-0) – Highly regarded in his home country, Meneses has achieved impressive results after succeeding Pablo Lemoine in 2016. He has a strong group of local coaches on his staff and has created a centralized training group for the top domestic talent. Noted for his high standards and attention to detail.

Captain: Juan Manuel Gaminara (flanker, age 30, 67 caps) – Will be one of the smallest forwards in the tournament but never gives less than total commitment. His style has taken its toll on his body and there are questions of whether he is still up to a starting position. His role as a an inspirational leader, however, cannot be overstated.

One to Watch: Juan Manuel Cat (flyhalf/center, age 23, 31 caps) – A wonderful talent who is equally at home as a flyhalf or outside center. Suffered an injury scare in the build-up but looks to be ok, much to the relief of Teros fans. Cat isn’t the biggest but has exceptional footballing skills and vision. He is also one of several capable goal kickers in the squad.

Notable Absentees: Three of Uruguay’s most celebrated players dropped out of contention. Tighthead prop Mario Sagario retired, second row Rodrigo Capó Ortega pulled out with a back injury though he may be available to cover injury, and midfielder Joaquín Prada had medical school commitments. RWC 2015 hooker Carlos Arboleya has passed the torch to his understudy Germán Kessler.

Just a month ago they were on top of the world, a debatable position but even with some key injuries this is one of the best Welsh sides ever to arrive at a World Cup. Will that be good enough to win? If the Six Nations champions can get through the pool stage unbeaten and relatively unscathed – they are as good a bet as any.

Head Coach: Warren Gatland (age 56, New Zealand, record 67-51-2) – Has lost plenty but knows how to win big games better than almost anyone. Gatland’s 12th year with the team will be his last – he will take over the Chiefs in Super Rugby next season before leading the Lions for a third time.

Captain: Alun Wyn Jones (lock, age 34, 127 caps) – One of the great forwards of the professional era. Entering his fourth World Cup with three Lions tours also on his resume. Will be managed carefully in the pool stage. Even on the sidelines he is an uncompromising and influential figure.

One to Watch: Aaron Wainwright (flanker, age 21, 12 caps) – Has gone from nowhere to possible World Cup starter in just two seasons of professional rugby. Injuries have opened doors and Wainwright has taken every opportunity. Gifted with a huge engine that doesn’t seem to have an off switch.

Notable Absentees: Injury struck significantly with flanker Ellis Jenkins (knee), Toby Faletau (collarbone), and Gareth Anscombe (knee) knocked out entirely. Cory Hill will miss a game or two but was taken despite a stress fracture in his leg. Left in the cold are experienced center Scott Williams and a pair of former first choice props, Rob Evans and Samson Lee. 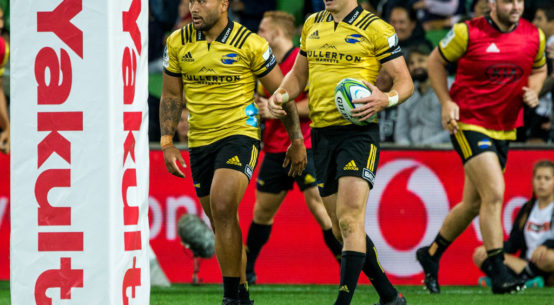