Match 10 of RWC 2019 sees Uruguay playing for the first time.

Los Teros will take on Fiji who are backing-up from their opening match against Australia on Saturday.

Fiji Head Coach John McKee has rotated heavily for the match. Just three players who started against Australia will do so against Uruguay. They are Leone Nakarawa who moves from second-row to N8; Semi Radradra who moves from wing to outside center; and captain Dominiko Waqaniburotu who remains at flanker.

The twelve remaining starting positions are different. In the forwards Eroni Mawi, Manasa Saulo, Tevita Ratuva and Mosese Voka have all been elevated into the starting line-up from the bench. Mesulame Dolokoto and Api Ratuniyarawa join them for what will be their first appearances at RWC 2019.

Not considered for the match is flanker Peceli Yato, and N8 Viliame Mata. The latter is out though a calf injury while the former suffered concussion after shoulder to the head contact by Australia’s Reece Hodge who was cited for the incident.

Aside from Radrada moving position the other alterations to the backs see left winger Vereniki Goneva and fullback Alivereti Veitokani both into the starting line-up from the bench; and first appearances for scrum-half Henry Seniloli; fly half Josh Matavesi; inside center Jale Vatubua; and right winger Filipo Nakosi.

Uruguay Head Coach Esteban Meneses has had to make serious choices. The short turnaround between facing Fiji and Georgia has seen him deciding to ultimately field Uruguay’s best players.

Captain Juan Manuel Gaminara will lead the side from flanker. He is to be joined in the back-row by Santiago Civetta, and Manuel Diana. This selection notably sees Franco Lamanna on the bench and Alejandro Nieto missing out.

Locking the scrum will be Ignacio Dotti, and Manuel Leindekar. They represent a much taller and stronger combination than that from RWC 2015. The former plays Major League Rugby (MLR) and the latter plays in the Pro D2. Up front Mateo Sanguinetti, Germán Kessler, and Diego Arbelo will start in the front-row.

Marshaling the side from scrum-half will be Santiago Arata. He starts ahead of Agustín Ormaeceha who joins his brother, Juan Diego Ormaechea on the bench. Arata will form the halves combination with Felipe Berchesi.

Arata is is one of four starting backs who play in the MLR. The others are center Andrés Vilaseca; winger Rodrigo Silva; and fullback Gastón Mieres. A curiosity related to this is that two of Uruguay’s best players are Juan Manuel Cat, and Nicolás Freitas who both play their rugby in Uruguay.

Fiji and Uruguay have met on three prior occasions in capped internationals. The first was in 1999 with the Flying Fijians winning a RWC 1999 warm-up 39-24. The second match was at RWC 2015 with Fiji winning 47-15 while the most recent match was also in England with Fiji winning 68-7.

A scoreline closer to that from the RWC 2015 match than that from November 2018 is the prediction. Fiji go in as favorites to win the contest by a reduced margin of 20 points. 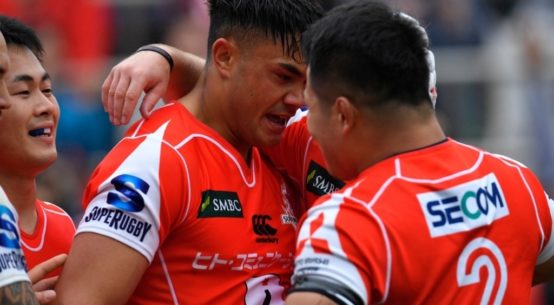