Uruguay produced the first upset of RWC 2019, shocking Fiji 30-27 this morning in Kamaishi. The win was Uruguay’s first since defeating Georgia in Sydney, Australia at RWC 2003.

The South Americans were tactically brilliant in the first half. This would be reflected in not only the scoring but their use of possession. The first 40 minutes saw Fiji with 61% possession yet it was Uruguay who controlled the territory stakes with 57% compared to Fiji’s 43%.

Fijian flair was rampant in the early going. With impressive continuity and off-loading the Pacific Islanders would underline themselves as the Flying Fijians. Five minutes in it saw them attacking from a 5 meter lineout which gave them the opening try with hooker Mesulame Dolokoto touching down. Josh Matavesi missed the conversion.

Uruguay were looking to play an attacking brand of rugby against Fiji. The non-conservative approach would see them gaining ground through excellent use of possession. It was a recipe for a swift response to Fiji with scrum-half Santiago Arata replying. He used his dancing feet to get past three defenders and score under the posts.

Fiji were not deterred and would respond for their second score. It did not come from the flair of the wingers but, rather, saw prop Eroni Mawi touching down. Motives converted to give Fiji a 12-7 lead.

In prior fixtures it would be time for Uruguay to fall away but today the South Americans were in no mood to do so. They would respond for the second try of their own, this time using the pack to score. It came from the kick-off with Arata charging down the kick. Having won a penalty Los Teros went for a lineout with N8 Manuel Diana scoring from the third phase.

Uruguay would hold out Fiji in the second quarter and would also score again. Toronto Arrows’ fullback Gastón Mieres started the move, bumping off a defender before passing to Juan Manuel Cat who exchanged passes with Rodrigo Silva to score.

A late penalty to Berchesi saw Uruguay ending the half with a 24-12 lead. Fiji would have an opportunity to cancel it out in the opening minutes of the second half though the attempted kick was off target.

With goal-kicking not working of Fiji the Pacific Islanders went back to what they do best. Second-rowers Tevita Ratuva and Api Ratuniyarawa would combine for a sensational try with the former having combined with center Jale Vatubua before the latter went over from close range.

With twenty minutes remaining Berchesi made up for an earlier miss to land a penalty to give Los Teros a 10 point lead. It was at this point in which Uruguay were looking to wind down the clock.

Fiji, meanwhile, were having no part of it. Replacement scrum half Niko Matawalu would cross in the 67th minute to reduce the deficit to five points. His score would be unconverted by replacement fly half Ben Volavola.

Fiji’s goal-kicking woes would cost them. It was the difference between winning and losing. This was underlined in the 75th minute with Berchesi landing his third penalty, doing go from a wide angle to complete 15 points.

In the final minutes Fiji were hot on attack. Uruguay defended well only for Matawalu to score his second try with time up. It gave Fiji a losing bonus point and meant Uruguay had done the job, completing the first upset win of RWC 2019.

Uruguay’s celebrations were deserved but now they return to training as they face Georgia in Kumagaya on Sunday. Fiji’s third match will be against Georgia in Osaka on October 03. 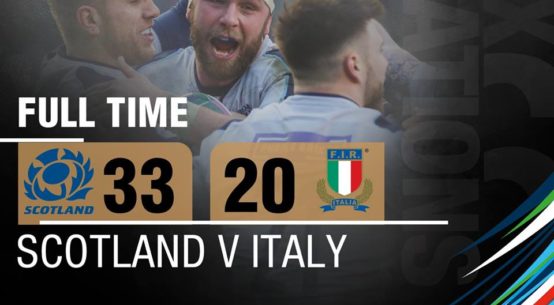