Germany host Portugal on Saturday hoping to maintain not only their chances of qualification for the 2019 Rugby World Cup, but also the delicate peace accord that has allowed a full-strength squad to prepare for the game in Heidelberg.

Following a chaotic conclusion to the 2018 Rugby Europe Championship (REC), which ultimately resulted in severe points deductions for Belgium, Romania and Spain for fielding ineligible players, Germany have been given the opportunity to reignite their hopes of playing in Japan.

That dream appeared to be dead in the water due to a stand-off between the German rugby federation (DRV) and its primary backer Dr Hans-Peter Wild that led to the majority of the playing squad, as well as head coach Kobus Potgieter and his staff, walking away from the national team at the end of 2017.

Former Uruguay prop Pablo Lemoine was parachuted in to replace Potgieter, and without the services of those coaches and players employed by the WILD Academy, Germany lost all five of their REC matches, shipping 359 points and scoring just 34.

Lemoine knew his inexperienced side would have to play Portugal, but until World Rugby handed down its sanctions to their three rivals, believed it would be in a relegation play-off.

Instead, guaranteed of their place in next year’s REC, the ineligibility row has catapulted Germany back into World Cup contention, and victory on Saturday would set up a two-legged showdown with Samoa for a place in Pool A.

Unsurprisingly, perhaps, the two factions have since returned to the negotiating table. On June 6, the DRV released a statement in which it expressed that due to the “unique opportunity” the two sides had “agreed in the short term to do everything together so that coaches and players have the best possible conditions for this important game”.

A 33-man squad, featuring 14 players employed by the WILD Academy, was named while Potgieter and his panel – including former England flanker Mouritz Botha – returned to assist Lemoine.

“It was really easy, and a really good attitude from everyone,” Lemoine said of the reintegration of key figures into the squad.

“Everyone understands the unique opportunity to play a Rugby World Cup qualifier when one month ago or two months ago we were out. Definitely it’s a big step for everyone.”

He added: “For that reason I talk about unity because we can work together without any problems, because I think the problems are not (concerned with) sport, probably they are outside sport.

“I think we show we can work together with a common objective and that’s a good thing.”

The fall-out from Spain’s defeat to Belgium on 18 March, which led initially to allegations of referee bias and ultimately to the sanctions for fielding ineligible players, rumbled on until Romania and Spain’s appeals were rejected on 6 June.

Those lost three months have subsequently caused havoc with preparation. Germany had originally been scheduled to play Portugal in the relegation play-off on 28 April, while this weekend’s game had been earmarked for May.

“Everything has changed, a massive change around,” Lemoine said. “But it’s a huge opportunity for us.”

Away from the national team, the squad’s WILD Academy contingent have also had to come to terms with European Professional Club Rugby’s decision to bar Heidelberger RK – the club side those players represent – from the Challenge Cup. It was deemed by the governing body that the fact Dr Wild owns Stade Francais presented a conflict of interest.

Lemoine accepts that those players will have an extra motivation to perform on Saturday, but is confident they have not allowed their disappointment to cloud their preparation.

“For German rugby they are really good guys, because they put all of those things on the side and they will be focused 100% on the game on Saturday,” he said.

“That really shows what their aims are and what they believe.”

Portugal arrive in Heidelberg with plenty of baggage of their own, meanwhile. The date for the rescheduled REC promotion-relegation play-off, now against Romania, is yet to be announced, while a brawl between players during the National Championship semi-final in April has led to two of the country’s premier club sides being demoted to the third and bottom tier of the competition.

The Portuguese national team won the Rugby Europe Trophy division with a mix of good and shaky performances. Martim Aguiar remained as coach even when the team failed to comeback to the top tier of European rugby in 2017 and the roster has stayed almost the same.

The level of quality of the Portuguese Premiership is getting better thanks to a combination of these youngsters’ flair, the experience of Lobos legends like Vasco Uva, Gonçao Uva and Gonçalo Foro, and the intensity applied by foreign players (Tom Pickett, Meli Rockua and PJ van Zyl) pushing the game forward in Portugal in the past two seasons.

The biggest doubt comes from those who are playing abroad. Mike Tadjer won’t be available for the Germany game, and neither will Samuel Marques, Julien Bardy or Aurelien Beco. Nonetheless, Jean de Sousa (one of the strongest flankers in the ProD2), Francisco Fernandes, Cyrille Andreu and Jacques Le Roux, who plays for Birmingham Moseley, will all play on Saturday.

De Sousa and Le Roux are ideal to stop the German game plan, as they’re strong defenders. It will be a match pitting Germany’s physicality and showstopping moves against Portugal’s passionate tacklers and counter-attacking smartness.

Both sides are searching for a degree of redemption and to prolong a long, often tumultuous, season into July.

Considering the judgement of the independent Dispute Committee, confirmed by the Appels Committee, the following teams have been deducted of points: 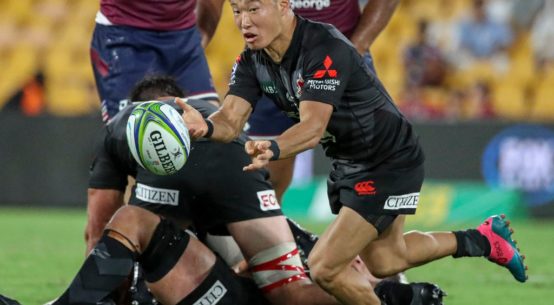 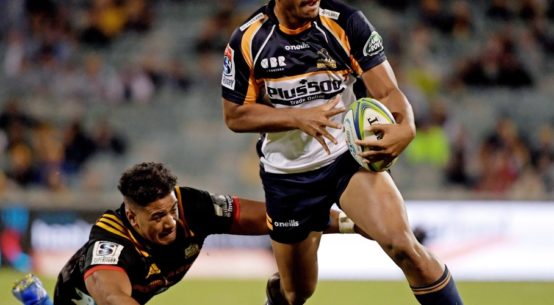