Haag’s side scored 18 tries on their way to the last two as England became finalists for the seventh time in nine years.

“It’s going to be a great occasion and for us it is about focusing on delivering at the highest level,” said Haag.

“We need to execute effectively and do the simple things well. There is a lot of emotion around these games which is why it’s important not to try and do anything differently in our approach.

“As always, we are aiming to get to a level of performance that we aspire to and we were very close against South Africa. The challenge for us is how we replicate and then improve on that.”

The side will be led by fly-half Harry Mallinder with Max Green named at scrum-half and inside centre Johnny Williams partnering Joe Marchant in midfield.

Flanker George Nott, who plays his club rugby at the AJ Bell Stadium for Sale Sharks, is named in the back row along with Will Evans and No. 8 Callum Chick.

Haag’s side scored five tries against South Africa in a stunning first 40 minutes of rugby and he says the same players deserve the chance to play against Ireland on Saturday.

“There were some tough calls to make in selection. The performance against South Africa was fantastic and because of that those guys have earned their places for the final game,” said Haag.

“We were really pleased with the impact off the bench too and are going to need that again in the latter stages of this game against Ireland.”

Haag says a key focus since Monday’s game has been on recovery and he has challenged his side to improve on the performances that have got them to the final.

“We’ve kept the same intensity in how we’ve trained, ready for how we want to play,” he said. “Every day we go on that training park we try and improve all aspects of our game and hopefully that transfers into a strong performance on Saturday.”

England’s U20 Head Coach also paid tribute to his squad’s attitude during the tournament and the way they have bonded as a group in such a short space of time.

In total 10 players have made their debut at U20 level for England during the competition.

“They’ve come a long way in a short space of time,” he said. “The team spirit is fantastic and as a result the group is stronger and tighter.

“I’ve said it before, the players who are not selected deserve as much credit and recognition as those who are. Each week those players have given their all to ensure the squad is in the best possible place heading into a game.”

The front-row is made up of Andrew Porter, Adam McBurney and Ben Betts, with captain James Ryan partnered in the second row by Sean O’Connor.

Max Deegan, who has been nominated as player of the tournament starts at number eight, with flankers David Aspil and Greg Jones either side of him.

Half-backs Stephen Kerins and Johnny McPhillips will have Conor O’Brien and Shane Daly outside them at centre.

Jacob Stockdale, who has scored four tries so far at the championship, will start at full-back with Matthew Byrne and Hugo Keenan on the wings.

Speaking ahead of the final, Carolan said: “When this group of players came together for the Six Nations earlier this year, they showed a willingness and a desire to learn and grow together as a group.

“They have put in the hard work on and off the field this season and their reward for that is tomorrow evening’s final against England.

“All the players came through the game against Argentina on Monday and we have had a good few days of preparation so I think everyone is now just looking forward to getting the game underway tomorrow.”

Form: Both sides are deserved finalists as they are the only unbeaten teams left in the competition. England recorded pool victories against Italy (48-10), Scotland (44-0) as well as Australia (17-13) before defeating South Africa (39-17) in the semi-final. Ireland started their campaign with a narrow 26-25 victory over Wales before claiming a shock 33-24 triumph over defending champions New Zealand in their second pool game. They then beat Georgia 35-7 before securing a 37-7 victory in their semi-final against Argentina.

– Ireland are the sixth team to have reached an U20 Championship final, the others being New Zealand, England, Australia, South Africa and Wales.

– This will be a record seventh appearance in the final for England, although their win ratio is only 33.33 per cent after losing four times to New Zealand in the title decider.

– This will be only the second all-northern hemisphere final after England beat Wales in 2013. 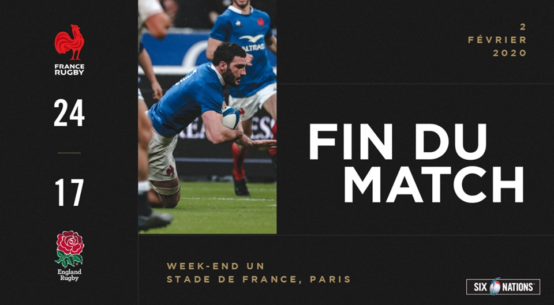 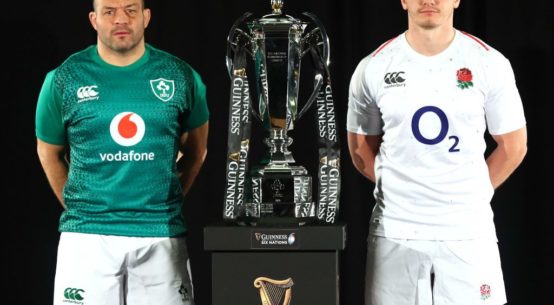