Argentina and Scotland will be determined to bounce back from disappointing results when they clash in their June Test finale on Saturday.

This game in Resistencia will see the Pumas looking to give their head coach Daniel Hourcade a winning send-off after it was announced he would be leaving his post after this weekend’s match. In truth his position had become untenable after 19 losses in their last 21 outings.

Meanwhile, Scotland are smarting after last Saturday’s shock loss at the hands of USA, which has taken some of the wind out of their sails.

Gregor Townsend has leaned this tour towards establishing depth in his squad, with players such as Finn Russell remaining at home. Despite the weakened team he selected last week, he must surely have been concerned about how they went down to the Eagles in the manner they did.

He makes eight changes in all to his side for Saturday as Tim Swinson is the only forward to be retained from last weekend – albeit in the second-row this time round. Tour captain Stuart McInally has recovered from injury to skipper from hooker, with Fraser Brown on the flank.

Pressure will be on fly-half Adam Hastings again this week as Townsend hands him another opportunity to impress alongside busy scrum-half George Horne. As mentioned, without Russell in the touring party, this is a massive opportunity for Hastings as he looks to be back-up 10.

“The players have responded well in training this week with focus, effort and accuracy,” said head coach Townsend. “This is our last Test of the tour and we’re determined to finish on a high.

“With the majority of the squad involved in two Tests, we believe that we’ll be in a much better position in the future, having exposed more players to Test-level rugby, for the season ahead and beyond.

“We’ve learned a lot on this tour about this group of players. Now we have to use that learning to put in a very good performance to beat Argentina on their home patch.

“We’re looking forward to a passionate atmosphere in a football stadium with the crowd very close to the pitch.”

Argentina will hope the atmosphere created by their support lifts the recent gloom, with their form well below the standards that would get them out of a World Cup pool.

But on Hourcade’s finale, maybe, just maybe, they can turn things around for their coach. That’s a big maybe though with confidence rock bottom in this squad. 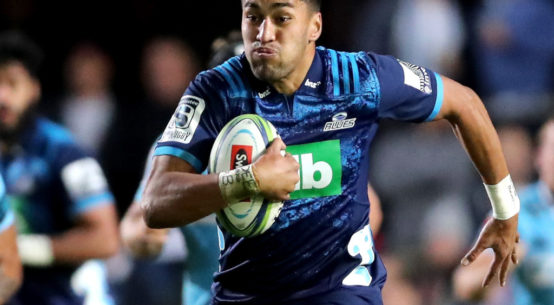