The tournament’s in-form team the Crusaders continue the defence of their Super Rugby title against the Sharks in Christchurch on Saturday.

Scott Robertson’s men are on a purple patch after winning their last 12 matches and are overwhelming favourites to progress into the semi-final stage at the expense of the Sharks, who are 10/1 with some bookmakers to win. History and the formbook makes a shock highly unlikely.

Looking at the Opta stats doesn’t make for pretty reading for the Sharks coming into the match which kicks off Saturday’s action. No South African franchise has ever won a finals game in New Zealand, with this being the 13th such fixture in Super Rugby history. Furthermore the Crusaders have won 17 of their last 21 games against the Durban outfit including each of their three previous meetings in the post-season.

Adding further weight to the Crusaders’ case for victory and a spot in the last four is the fact they have won their last 16 games on the bounce when hosting teams from outside New Zealand; the last time they lost such a fixture was in the opening round of the 2015 campaign.

What is positive for the Sharks however is the fact they’ve fared well against New Zealand sides so far in 2018. They’ve beaten the Blues, Highlanders and Chiefs this campaign, losing their only other clash with a Kiwi outfit 38-37 at the Hurricanes, which will give them hope.

But it’s extremely difficult to envisage the Crusaders not winning on Saturday as they are playing such formidable rugby at present, with the likes of Codie Taylor, Scott Barrett, Sam Whitelock, Jordan Taufua, Richie Mo’unga, Jack Goodhue and George Bridge all in great form.

Victory would see them face the winner of Friday’s opening qualifier between the Hurricanes and Chiefs, which already whets the appetite.

The last time the teams met: It’s been well over two years since the Crusaders and Sharks last faced off, with that match taking place in Durban. The Crusaders won 19-14 as David Havili, Nemani Nadolo and Kieran Read crossed, with Lwazi Mvovo scoring a brace for the Sharks.

Team news: Crusaders head coach Scott Robertson has made five changes to the line-up that defeated the Blues for Saturday’s quarter-final.

All Black duo Codie Taylor and Owen Franks return at hooker and tighthead, meaning Andrew Makalio and Michael Alaalatoa move to the bench.

Scott Barrett also returns from a rest week to resume his role at lock, and Luke Romano will once again provide cover on the bench. The loose forward trio of Jordan Taufua, Matt Todd and Kieran Read remains unchanged, with Read having recovered from the wrist/thumb injury.

Bryn Hall and Mitchell Drummond will again switch for this game, so that Hall takes the starting spot at scrum-half and Drummond moves to the replacements bench. The only other change to the starting XV sees David Havili rejoin the squad at full-back in place of Israel Dagg.

A good effort against the Jaguares at Kings Park last week saw the Sharks through to the knockout stage courtesy of an eighth place finish. 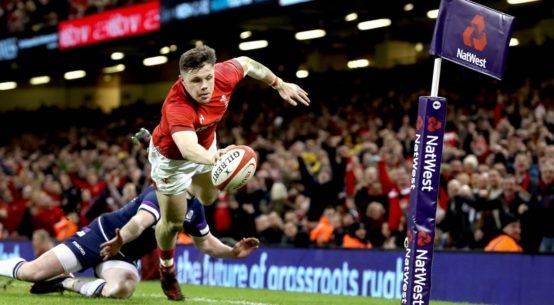