Lions coach Ivan van Rooyen has named his team for Saturday’s Super Rugby encounter against the Reds in Johannesburg.

In the only other change to the starting line-up, 22-year-old Morne van den Berg replaces the injured Andre Warner at scrumhalf, with the latter sidelined with an ankle injury.

Dillon Smit and Shaun Reynolds are new additions on the bench.

The Lions will be desperate to improve on their 38-8 defeat at the hands of the Jaguares in Buenos Aires last weekend.

Experience has trumped youth for the Reds’ clash against the Lions, with James O’Connor replacing young gun Isaac Lucas at first five as the Junior Wallabies playmaker is shuffled to the bench for Saturday’s clash in Johannesburg.

Lucas has paid the price for the Reds’ second-half fade against the Brumbies, with coach Brad Thorn opting to start O’Connor at 10 and bring Hamish Stewart into the starting side at inside centre.

Stewart came on at 12 for the final minutes of the Brumbies clash, with O’Connor shifting into first fivein a move that helped spark a late Queensland fightback.

But it would be unfair to blame Lucas for the Reds fade. The 20-year-old had some classy touches in just his second start at no.10 and while there were some poor decisions – notably his choice to attempt to run out of his own 22 in the second half before making little ground with a pressured kick – O’Connor had his own moment of madness late in the match with an attempted chip kick that handed possession back to the Brumbies in the dying minutes.

Coach Brad Thorn said the switch would cause little disruption for the Reds, with the team having spent plenty of time in the pre-season with the O’Connor-Stewart combination at 10 and 12.

“We’ve been trying both Isaac and James (at first five) there all pre-season and they’ve been having turns about,” Thorn said.

“As you saw in the second half (in Canberra), James moved into the 10 role and we just want to have a look at him.

“We also think Isaac can really bring something in that last 20 minutes as well. We’re pleased with both James and Isaac, they’re just playing different roles this week.”

The Reds struggled for continuity last season with several different players shuffling through at 10 and while this week’s line-up marks a change, it is one for which the team has prepared – and Thorn said it was unlikely to be the last of the year.

“I’d say you’ll see some stuff throughout the season them sometimes playing different roles there,” he said.

“But we’re looking forward to James having a shot there and working with Hamish and also what Isaac can bring.”

In other changes, Izack Rodda returns to the starting side at lock after beginning round one from the bench as he continued his recovery from off-season ankle surgery.

“Obviously you’ve got a starting Test lock there who had a successful World Cup and his experience is valuable and his leadership,” Thorn said of Rodda slotting in from the kick-off.

“In saying that Blythy (Angus Blyth) and Lukhan (Salakaia-Loto) and co have been doing a great job as well.

“There’s a lot of people pushing for spots and it’s healthy for the team.”

With Brandon Paenga-Amosa battling an ankle injury that will keep him sidelined for the next six to eight weeks, Alex Mafi will start at hooker, with Sean Farrell in line to make his Super Rugby debut off the bench.

Junior Wallabies prop Josh Nasser has been named on the bench and is another player that could make his debut on Saturday.

“They’ve just been working away quietly over the last year,” Thorn said of Farrell and Nasser.

“They’ve come through the 20s and played NRC. It’s tough to come through at that age in those positions of hooker and tighthead but they’ve showed some progress and it’s exciting along with Dane (Zander) who got a start last week.

“They’ll get to get a taste all going well and I’m sure they’ll wear the maroon jersey with pride.”

Thorn was looking forward to a challenge against the Lions.

“We’ve got a tough game against the Lions at Ellis Park. They’ve been a good side over the past half-decade, and it’ll be a tough contest,” he said.

“We arrived in Johannesburg reasonably early after the Brumbies game. Since being here we’ve been acclimatizing and started our preparation.

“This trip (is) a round the world trip, no other sport really does it, let alone a contact sport. So, if you can get a victory on this trip you can call that a success,” 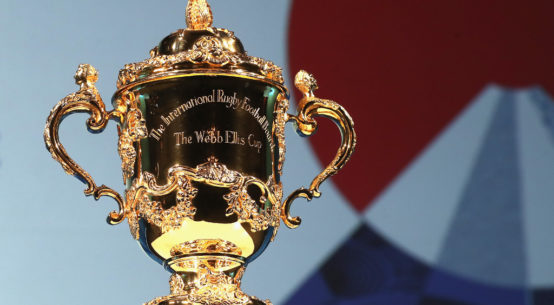