Mesmerising warrior dance Haka performed by New Zealand All Blacks before each game became known outside of Rugby viewership. The sport had massive growth, with more than 500 million official fans globally and more than 10 million playing populations.

Rugby is the most popular sport in Australia, New Zealand, South Africa, and the top sport in the UK, Ireland, France, and Japan. As a result, the global audience and number of athletes are steadily growing. 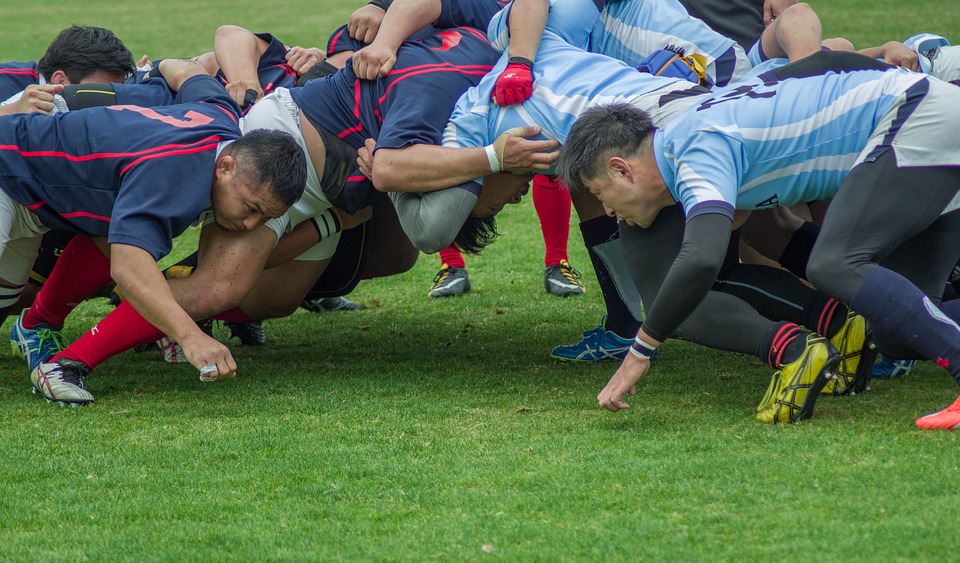 The Rugby Federation works relentlessly, contributing to the rise of sports popularity. They created a specialised programme to help develop the sport called Get into Rugby. But not only on the field is Rugby becoming more popular: You can also see the increase in the audience when iGaming websites also follow the rising popularity of Rugby. Many online betting providers offer live betting options for World Cup matches and games in English, French, Australian, Japanese, and New Zealand leagues. Like this, rugby fans can watch the best games and at the same time bet on their favourite teams from their laptops or smartphones.

The popularity of Rugby has never been higher, and World Rugby is investing $800 million between 2020 and 2023 to support unions and the overall development of the game through the Get Into Rugby programme.

In the first years of the programme, more than 2 million new rugby players signed up just in Asia. The last Rugby World Cup held in Japan in 2019 simultaneously brought the most significant audience with 857 million, which is a massive 26% increase compared to the previous competition in England.

Adventure racing is an attractive sport with more than one discipline. The number of current athletes worldwide surpassed 2 million and has one of the most significant rises percentage-wise. Racers must conquer trekking, mountain biking and paddling in the unmarked wilderness. Certain races can include other sports, and it is incredibly popular.

Mixed-martial arts have been a mainstream sport for over 20 years, with UFC viewership going through the roof. MMA is one of the fastest-growing sports globally, with 257,000 professional athletes and millions more as recreational fighters in gyms. The prize money for top UFC fighters still can’t reach close to boxing title matches, but the overall decline in the popularity of boxing helps the popularity of mixed-martial art.

Although off-road triathlon is not in the spotlight like MMA, this sport reached almost a million participants in sporting events globally, with a rise of popularity of 14%. At first, the sport seems extreme and only for most fit athletes, but there are numerous levels of competition, and even beginners can compete in some races. Moreover, the sport combines endurance and the discovery of fun routes.

Nothing without recreational sports

HIIT or high-intensity interval training has more impact on body-mass loss than cardio exercise. It is not for anyone, but it has some benefits. In the last two years, HIIT led to High-impact aerobics that got almost 9.5 million participants worldwide.

One other recreational sport is becoming increasingly popular globally. Pickleball combines tennis, badminton and table tennis gameplay. It is played on a tennis-like court with a plastic ball with holes. Again, the skill and age barriers are almost non-existent, and you can quickly get the hang of the next big thing among recreational athletes.

Other sports growing in popularity in recent years include Lacrosse which is mainly connected to North America. In addition, archery has a large base of professional and recreational athletes. BMX cycling is on a steep rise, while mountain biking has steady growth and millions of passionate followers.

Field hockey is a traditional sport that’s been around for a very long time, and it’s recently got another boost in the number of global players. However, roller hockey is more similar to ice hockey than field hockey, and it’s accessible to many more players, so its popularity shouldn’t surprise anyone.