Round 15’s action is set to kick off with a bang on Friday when the tournament’s top sides, the Crusaders and Hurricanes, do battle in Christchurch.

Both these sides head into this match full of confidence after a string of excellent results in recent weeks and just one point separates them at the top of the New Zealand Conference standings, with the Crusaders in first spot on 46 points from 12 games.

But despite being in second place in their country’s table, the men from Wellington have played one match fewer than the champions which highlights the importance of this fixture to both teams.

Although this clash will be in the Crusaders’ backyard, the Hurricanes will be quietly confident as they have won eight of their last 11 games against the tournament’s defending champions, including their last two meetings and a 29-19 victory when they met earlier this season.

The Crusaders have won their last six New Zealand derbies at home – their last loss in such a fixture was in Round 17, 2016 against the Hurricanes.

The champions’ head coach Scott Robertson highlighted the importance of the game and said there is plenty of excitement among his group ahead of the clash.

“We coach and play for these big games and it doesn’t get much bigger than hosting the Hurricanes at home for a spot at the top of the New Zealand conference,” he said on Wednesday.

“The boys have worked through their individual preparation well this week and our All Blacks joined us again this morning and brought a lot of energy and enthusiasm, so there is no shortage of motivation for this match and it’s going to be a great spectacle for fans on Friday night.”

The last time the teams met: These sides met earlier this year in a Round Four encounter in Wellington and the Hurricanes claimed a deserved 29-19 victory. The home side dominated from the outset and held a 26-5 lead at half-time. For the Hurricanes, Chris Eves, TJ Perenara, Ben Lam and Matt Proctor scored tries and their other points came courtesy of three conversions and a penalty from Beauden Barrett. Manasa Mataele, Jordan Taufua and Michael Alaalatoa dotted down for the Crusaders and Mitchell Hunt added two conversions.

Team news: Crusaders coach Scott Robertson has made just three changes to his starting line-up for this top-of-the-table encounter. Robertson’s tweaks to his run-on side that defeated the Blues at Eden Park last weekend includes two changes in the forwards and one in the backs.

In the front-row, Tim Perry has been ruled out due to a hamstring strain suffered at the All Blacks camp on Tuesday and Wyatt Crockett will start at loosehead prop.

On the opposite side of the scrum, Michael Alaalatoa steps in to the starting team at tighthead prop, in place of Owen Franks.

The only change in the backline sees experienced midfielder Tim Bateman line up at inside centre in place of Ryan Crotty, who is unavailable this week due to concussion. Bateman will also be vice-captain of the side alongside hooker Codie Taylor.

Matt Todd has again been named captain this week, with Sam Whitelock also unavailable due to concussion symptoms.

There is good news in the reserves, with Luke Romano returning from injury to provide cover at lock. Chris King and Donald Brighouse come in to the matchday side as prop cover, and Braydon Ennor will wear the number 23 jersey in place of the injured Manasa Mataele.

Meanwhile, the Hurricanes will field a new midfield combination in this match. Recently named All Black Jordie Barrett will move from full-back to outside centre to partner Ngani Laumape as Matt Proctor has failed to recover from a sternum injury he suffered in the Hurricanes’ win over the Reds in the last round.

While yet to play first class rugby in midfield, Barrett has trained in the position throughout the season and Hurricanes head coach Chris Boyd feels he will have little trouble adapting to the role.

Barrett’s move into the midfield sees Nehe Milner-Skudder switch from the wing to full-back, a position he was more than comfortable with. That change sees the experienced Julian Savea move back to the right wing after he came off the bench against the Reds last week.

Boyd has made two changes to the pack with captain Brad Shields coming back into the starting XV while Michael Fatialofa has recovered from a knee complaint that kept him out of the side last week.

There are a further three changes on the bench where the half-back pairing of Finlay Christie and Ihaia West are recalled while Jonah Lowe could make his debut for the Hurricanes after also being named in the reserves. 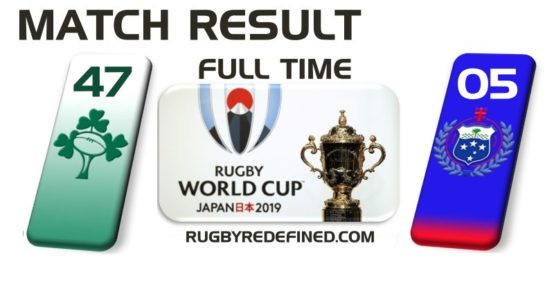