The Melbourne Rebels and Sunwolves meet at AAMI Park on Friday in just the third Super Rugby encounter between the fast-improving franchises.

The Rebels have won both previous encounters by a 20-point margin or more, with 35-9 and 37-17 victories both in Tokyo.

The Sunwolves are on an unprecedented two-match winning streak with back-to-back victories over the Reds and Stormers in their last two encounters.

The Rebels, meanwhile, broke a five-match losing streak in their last game, edging a close encounter with Australian rivals Brumbies 27-24.

Counting against the Sunwolves, however, is the fact they have yet to win an away game from 19 attempts in their Super Rugby history.

The Sunwolves (86 percent) boast the best goal-kicking accuracy of any team this season, while no team has been less accurate in front of the sticks than the Rebels (62 percent).

The return of Wallabies Dane Haylett-Petty, Sefa Naivalu, Ben Daley and Jordan Uelese to the Rebels ranks will bolster the side while the selection of Reece Hodge at fly-half is an interesting one.

The Sunwolves will be looking to avoid the wooden spoon while the Rebels have to win to keep their slim play-off hopes alive.

Rebels head coach Dave Wessels said ahead of the game: “We’ve picked a side with a nice balance of youth and experience. It’s good to have Dane back in the starting XV – he’s a real leader in the group and everyone will take confidence from having him around.

“It should a great game. The Sunwolves played some fantastic attacking rugby to beat the Stormers and Reds in the last two weeks, so we know they’re arriving Melbourne full of confidence.

“Most of all, we’re excited to be returning in front of our home fans at the Stockade (AAMI Park). It’s a critical game for us, so we’re looking forward to putting on a display that Melbourne people can be proud of.”

The last time the teams met: Jack Maddocks inspired the Rebels to a 37-17 victory in Tokyo in Round 2 earlier this season in only the second ever meeting between the sides. Amanaki Mafi and Sefa Naivalu scored the other Rebels’ tries along with a penalty try. Will Tupou and Ed Quirk got themselves on the scoresheet for the Sunwolves.

Team news: Reece Hodge will start at fly-half for the Rebels.

Hodge will make his first appearance of the season at fly-half, with Billy Meakes in the centres and Jack Maddocks on the wing. Meanwhile, Wallabies Dane Haylett-Petty, Sefa Naivalu, Ben Daley and Jordan Uelese all return.

Haylett-Petty will start at full-back after he suffered a bulged disc in his neck against the Bulls in Pretoria a month ago. Uelese is set to return off the bench after injuring his arm in the same game.

In the forwards, Matt Philip swaps into the second-row in place of Geoff Parling.

Meanwhile, Sunwolves coach Jamie Joseph has retained only four players from his starting XV that defeated the Stormers last weekend.

Michael Little shifts from inside to outside centre, Edward Quirk moves from blindside flanker to number eight, Grant Hattingh shifts from the lock position to number six while Hayden Parker resumes in the fly-half role.

Jason Emery starts at full-back, with Lomano Lemeki and Hosea Saumaki lining up on the wings, while Little will be partnered by Ryoto Nakamura in the midfield.

Shinya Makabe and James Moore lock down in the second row while Jiwon Koo, Jaba Bregvadze and Craig Millar pack down in an all-new front row. 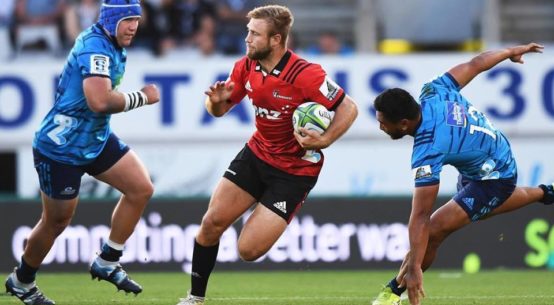 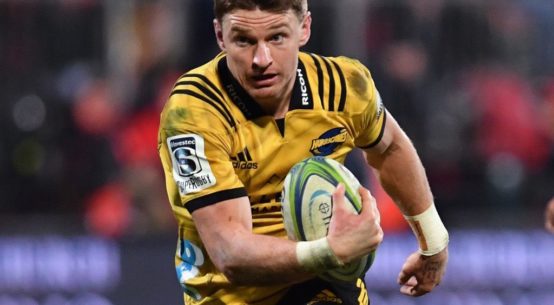