The Rebels can secure qualification for the quarter-finals with victory over the Highlanders at Forsyth Barr Stadium in Dunedin on Saturday.

The Highlanders have won five of their previous six games against the Rebels, including their last three on the bounce and a fixture-record 39-point win in their last meeting.

Though that win was only last year, the Rebels have rapidly improved since then. However, it remains to be seen whether they have the big-match temperament to rise to the occasion in what is a vital game on Saturday if they are to advance to the play-offs.

The Rebels will know last weekend was a huge missed opportunity to seal their qualification and a prime example of choking when it mattered most – especially with their closest rivals the Sharks having slipped up against the Stormers. Now, they have the unenviable task of having to do the job against the mighty Highlanders.

The Sharks know that a loss for the Rebels in Dunedin and a win for them – against the Jaguares in Durban – will see the latter team advancing to the knockout stage.

But Highlanders coach Aaron Mauger doesn’t seem to be taking this game too seriously, making numerous changes as he gives plenty of youngsters a chance in something of a dead rubber for his side, as they have already qualified for the play-offs. Ben Smith, Aaron Smith, Luke Whitelock, Elliot Dixon, Ash Dixon and Rob Thompson have all been rested.

The Otago outfit have won their last nine games on the bounce when hosting teams from Australia, last losing such a fixture in Round Five, 2014 against the Force (31-29).

The Rebels, meanwhile, will need to improve their penalty count as they are the worst-disciplined side in Super Rugby, while they have the second worst tackle efficiency. The Highlanders are an archetypal Kiwi side, in that they are so effective at capitalising on opposition mistakes. So the Rebels can ill-afford to be erroneous on the day.

The last time the teams met: The Highlanders cruised to a 51-12 victory in Dunedin in 2017, thanks to tries from Luke Whitelock, Richard Buckman, Gareth Evans, Greg Pleasants-Tate and a brace from Malakai Fekitoa, which proved far too much for the Rebels, who scored through Tom English and Reece Hodge. It was also a flawless kicking display off the tee from Marty Banks, who notched up five conversions and three penalties from as many attempts.

Wellingtonian youngster Thomas Umaga-Jensen has been named to make his Super Rugby debut in the midfield alongside Josh Ioane, who will start for the first time at full-back.

In the forwards, veteran lock Alex Ainley returns to the starting team and joins with new All Blacks, Jackson Hemopo and Shannon Frizell, while James Lentjes captains the team from the openside flank.

Liam Squire moves to the back of the scrum to replace Luke Whitelock, who earns a well-deserved rest along with Ben Smith, Aaron Smith and Rob Thompson.

Meanwhile, Melbourne Rebels head coach Dave Wessels has made four changes to his starting side.

This is a crucial game for the Rebels as they aim to secure the club’s first-ever Super Rugby play-off berth.

Injuries to full-back Dane Haylett-Petty (knee) and lock Geoff Parling (shoulder) have forced positional and personnel changes from last week’s match against the Reds. Meanwhile props Fereti Sa’aga and Sam Talakai earn starting spots in the Rebels’ pack in place of Tetera Faulkner and Jermaine Ainsley, who have moved to the bench.

Ross Haylett-Petty earns his first start since the Rebels’ Round 10 match against the Bulls, while Jack Maddocks shifts to full-back and Sefa Naivalu moves off the bench and onto the right wing.

Sam Jeffries and Lopeti Timani also make their returns to the matchday 23, as the Rebels opt for a 6-2 bench split.

Captain Adam Coleman (adductor) and scrum-half Will Genia (arm) will spend one more week on the sidelines, however reserve hooker Nathan Charles has shaken off any concussion concerns and will line up on the reserves bench. 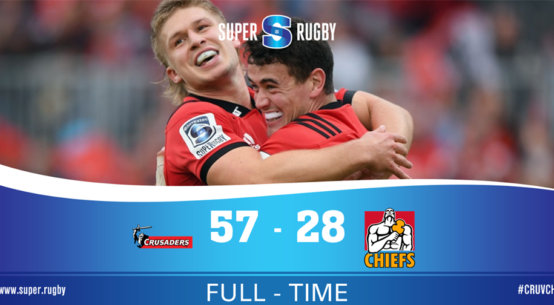